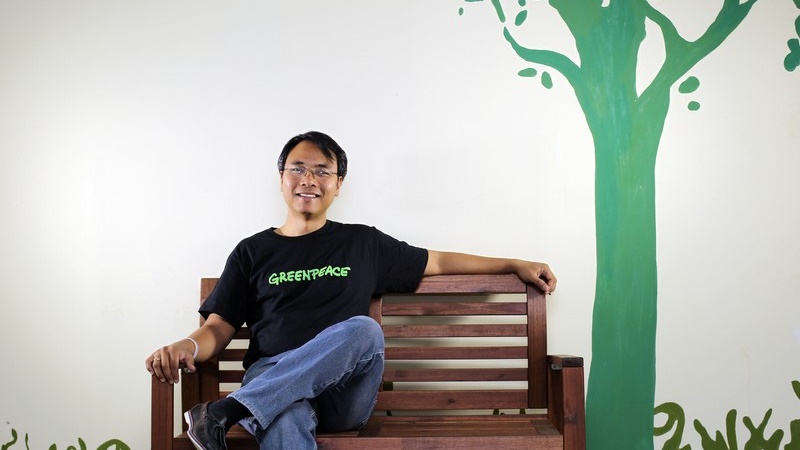 Now the diplomat-turned-activist has planted his feet back on home turf, taking the leadership of Greenpeace Southeast Asia.

Top of his agenda is indicting fossil fuel majors, he tells Climate Home, as the Philippines launches an unprecedented inquiry into climate change and human rights.

“The Paris agreement in my view and in the view of Greenpeace has not really responded to the call for an ambitious phase-out of fossil fuels,” says Saño. “In fact it seems to give a bit of leeway for the fossil fuel industry and their fingerprint on the deal is quite obvious.”

Under the Paris deal, 195 countries agreed to hold global warming “well below 2C”. To do this, it set out a worldwide greenhouse gas emissions target for the first time. These should peak “as soon as possible” and reach net zero “in the second half of the century”.

Coal, oil and gas companies – the ones that acknowledge the agreement – argue that means their products can still be burned for decades. In time, tree planting or carbon capture technologies can offset remaining emissions.

That is not good enough for Saño, who wants to see a faster switch to clean energy sources.

He has seen first-hand the damage wreaked by intense typhoons to people’s lives. Many communities are still rebuilding from 2013’s Typhoon Haiyan, the deadliest on record, killing more than 6,000 Filipinos.

It is why he put his name to a petition for the Philippines Commission on Human Rights to investigate the world’s 50 biggest corporate polluters.

“When we were assembling this petition, it was intended to highlight the plight of the most vulnerable communities in the Philippines,” says Saño.

Attributing individual extreme weather events like Haiyan to human-caused global warming is still difficult. But scientists expect tropical storms to get more intense with climate change. For slow-onset changes like sea level rise, which threatens coastal homes and livelihoods, the link is clearer. 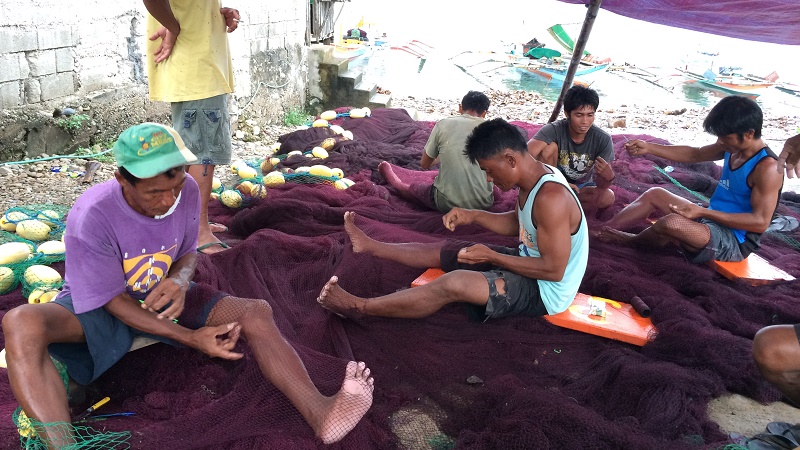 Saño was among 20 high-profile individuals, 14 organizations and 1,288 Filipinos to file the complaint last September. Since then, more than 100,000 people have registered their support online.

Their asks: official recognition that carbon majors have violated human rights, action plans to remedy the damage, plus government monitoring and relief for victims.

“This is in fact a move to indict the 50 biggest polluters,” says Saño. “We have not gone as far as demanding compensation. We have gone only as far as the companies being able to present to us plans for preventing further emissions from their activities and more of a policy outcome.”

The Commission has accepted the assignment and is expected to report its findings within a year. It is a departure from the usual order of business: dealing with military abuses, torture and arbitrary detention in the Philippines. Never before has it taken on foreign entities or environmental issues.

Investigators are consulting climate experts, according to Saño, and expected to hold a public inquiry. Ultimately, the carbon majors will be invited to give their account.

There is no guarantee the Commission will agree with the petitioners’ assessment, of course. And if it does lay the blame for typhoon-flattened villages at Chevron’s door, that doesn’t mean it can enforce action. These companies are based in rich countries, with little stake in the Philippines.

But the petition has international backers who would be only too happy to use the findings to put pressure on their own governments.

The evidence-gathering exercise in Manila ties with US efforts to show oil majors have long been aware of the harmful effect of their activities. Lawyers are investigating claims Exxon deliberately misled the public about climate science, responding to the #Exxonknew campaign.

“That is certainly very helpful to this case,” says Saño. “That has also been the basis of our petition, that these companies knowingly and wilfully continued these harmful activities.”

For Saño, it is a moral issue. He spent the year leading up to Paris mobilizing people of all faiths in support of climate action, through his People’s Pilgrimage.

Before the final leg – from Rome to Paris – of a globe-spanning walk, he met Pope Francis, credited as a personal inspiration.

The trip opened doors around the world, says Saño, with activists encouraging him to take more of a movement-building role.

It suited him better than his previous job, representing the Philippines at UN climate talks. Sano became known for his unconventional tactics, with hunger strike, prayer and emotive speeches taking precedence over negotiation on the details. For the 2014 Lima summit, he was quietly dropped from the delegation, as the Philippines took a more pragmatic turn.

Saño realized “government isn’t cut out for me,” he says, although it was a valuable opportunity to take part in the global process.

So how did he end up back in Southeast Asia with Greenpeace, a secular organization? Well, for one thing, Saño wanted to be home with his 12-year-old son and 8-year-old daughter.

Greenpeace is founded on Quaker principles and has “a lot of the spiritual values that I so deeply care about,” says Saño.

“With Pope Francis weighing in on a lot of the ecological issues, it has become a lot clearer that whether you join an environmental organisation that seems secular or faith advocacy it is pretty much the same crowd.

“It doesn’t matter whether you are Christian or Muslim or Hindu or Buddhist, there is a convergence happening.”

And the environmental group has just appointed two “amazing” women at the top with a background in climate change – Jennifer Morgan and Bunny McDiarmid – he adds. “This is a signal that Greenpeace is also gearing up on the tremendous work that needs to be done on climate change.”

He may be rooted in the Philippines for now, but Sano’s journey has built him a global following that spans green and faith movements. It gives him a clout internationally that, if backed by an independent human rights ruling, could be hard to ignore. Oil majors, look out.