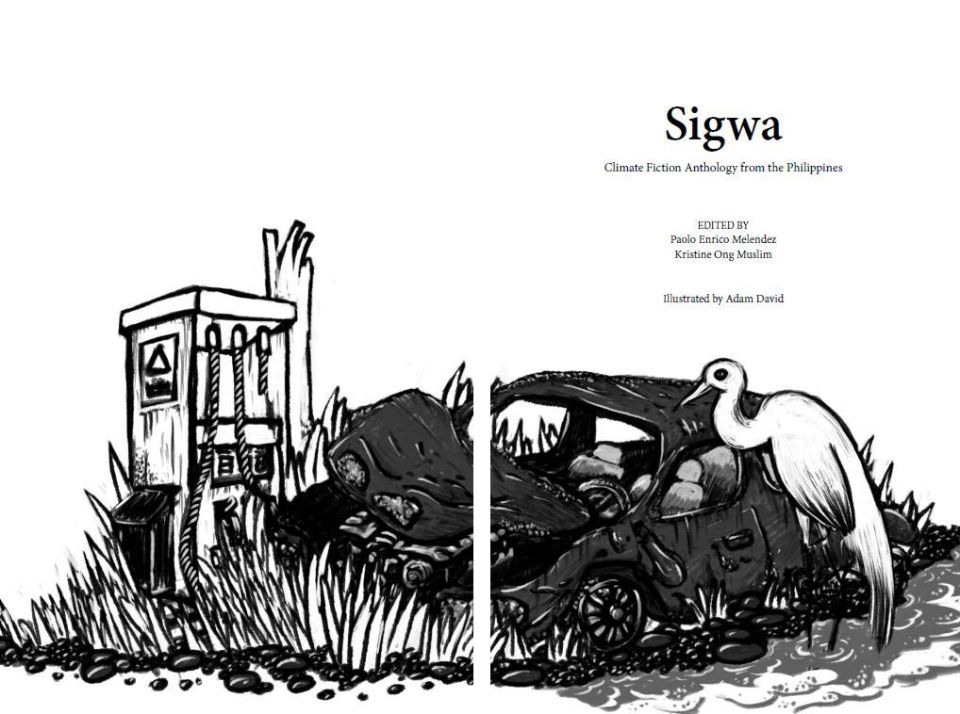 With the drastic effects of climate change now heavily experienced on a global scale, we have come to the point of no return. This is all the more undeniable in the case of the Philippines, where greater environmental hurdles burgeon.

Greenpeace has recognized the Philippines as the “third-worst polluter into the world’s oceans” — an ironic reality for what was once known as the eighth largest fish producer in the world as of 2014. The World Meteorological Organization also reported that the Philippine seawater levels at a significantly and abnormally faster rate, tripling the global average rate of 3.1 cm per decade.

The administration itself plays a pivotal role in the decline of our environment. Maguindanao-based author and editor Kristine Ong Muslim noted President Rodrigo Duterte’s vocal support for “coal power generation, reclamation projects for his cronies to permanently destroy coastal ecologies, and the looming destruction of the Sierra Madre through the Kaliwa dam project,” among other initiatives that do more bad than good.

Since Duterte took office, the Philippines also became one of the “most dangerous” countries for environmental and land defenders, according to the annual reports from international watchdog Global Witness. Its 2016 report revealed that at least one environmental activist was murdered in the Philippines every 12 days. In 2017, the country had the highest death toll in Asia, with 48 murders including members of the indigenous group T’boli-Manubu who fought for their ancestral domain. In 2018, Global Witness referred to Mindanao as “the hotspot of murders,” with a third of the total killings in the Philippines taking place on the island. Throughout Duterte’s first two years as president, there was a 71 percent jump in the number of murdered environmental defenders.

The numbers alone should be enough to urge Filipinos to take action, but Muslim dares to go beyond statistics. Taking inspiration from author Nick Admussen’s essay, “Six Proposals for the Reform of Literature in the Age of Climate Change,” she collaborated with fellow editor Paolo Enrico Melendez to create “Sigwa: Climate Fiction Anthology from the Philippines.” 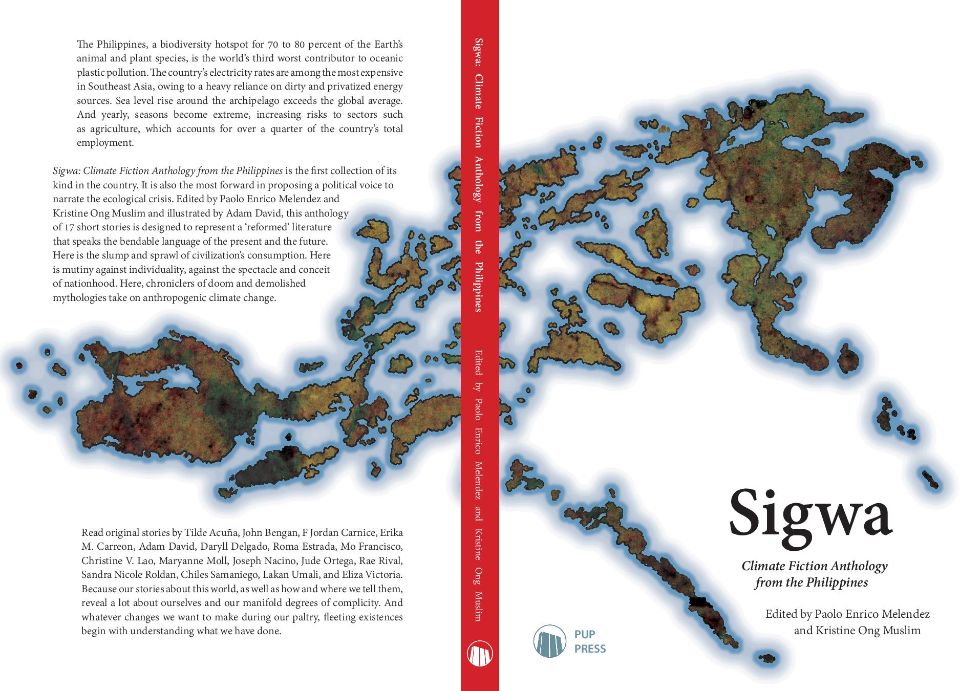 “Sigwa” features 17 stories penned by writers who also actively partake in political work. All the illustrations were done by writer and artist Adam David. Photo courtesy of KRISTINE ONG MUSLIM

The forthcoming anthology, to be published by the Polytechnic University of the Philippines Press in early 2020, innovates from the aforementioned essay, which is also reprinted in the book. Muslim explained that all featured stories made use of the six prescriptions detailed by Admussen in his essay. Melendez also “drew heavily” from the piece “in crafting his developmental edits for stories that necessitated rewriting.”

“Sigwa” is a Tagalog word that translates to “storm.” The story behind the title hints at the anthology’s strong political influences. In an interview with CNN Philippines Life, Muslim explains that it was “borrowed from and used as a tribute to the radical aspirations of the 1971 political fiction anthology 'Sigwa,' the latter term being coined from the First Quarter Storm uprising against the Marcos regime.”

The first of its kind in the Philippines, the intent behind the book is quite self-explanatory: it aims to discuss the climate crisis, and the politics surrounding it, through fiction. “[It] is the most important topic in the world. It is disgraceful for a Filipino writer to not talk about it,” Muslim said.

When asked why they opted to use fiction as the medium, Muslim explained that “[fiction] can persuade because it rouses our imagination — and hopefully, it can do the same to the collective imagination. It is difficult to envision a moral way out of anything if that anything — whatever it is — does not even exist in the imagination.”

She also cites the 2013 study conducted by researchers at the New School asserting that literary fiction improves the theory of mind, essentially arguing that the genre helps people empathize with others on a greater scale.

While its contents are limited to the Philippine context, “Sigwa” does not restrict its view on climate crisis as a place-specific concern. In her introductory essay in the book, Muslim wrote: “Think of Sigwa’s localization as making noise from an interim pocket of silence that comes with listening, which is different from reactionary silence as well as the silence of assent and conformity. The anthology, which can be read as disconnected from the main narrative, actually situates itself where it should be — within the global conversation.”

With illustrations by writer and artist Adam David, “Sigwa” features 17 stories penned by writers who also actively partake in political work, as per Mendelez’s essay also included in the book. Through the piece, he also explained that “Sigwa” was not born out of “novelty for its own sake.”

He recognized the “rich tradition of committed art” in the Philippines, particularly “art that has very purposely distanced itself from matters of aesthetics and ontology to engagement and activism and, ultimately, radical change.”

“It is in this spirit that Sigwa was envisioned. It is in this tradition that Sigwa wishes to situate itself,” Mendelez explained. “The collaborators here believe that approaching the texts — if such an ontological term even applies in the first place — with this context in mind is key.”

With premises-based on scientific study, “Sigwa” takes readers on various versions of the world we live in where fiction plays the role of probability instead of harmless fantasy. From the eventual disappearance of the taong grasa as a conscious doing of the Capital (Chile Samaniego’s “Exotic Property”), experiences in Tacloban after Haiyan’s wrath (Daryll Delgado’s “Aftermath”), the country’s dependence on fossil fuel and the government’s propagation of fake news (F. Jordan Carnice’s “All that We Can Have”) and religious figures as antagonistic forces (Lakan Umali’s “The Sinking Church of Sto. Basilio”), the anthology goes beyond the more obvious subjects, veering deep into the politics of climate crisis.

In detailing the book’s constraints through her essay, Muslim encountered the rhetorical question “What use is it to write?” in reference to how literature, specifically a climate fiction anthology such as “Sigwa,” can actually help resolve the climate crisis. Responding quite thoughtfully, Muslim concludes the essay by clearly stating the ultimate goal behind the publication.

“Art cannot enact change. Only organized mass movement can dismantle the unjust dynamics of power in the world,” Muslim wrote, emphasizing on their push for collective action.

“Thus, art — whose anchorage, perpetuation and persuasion are often built on contradictions — can help enact change. It can help enact change when it stays awake long enough to develop traction with the unjust dynamics of power it seeks to undermine when it uses its collective heft and strength.”