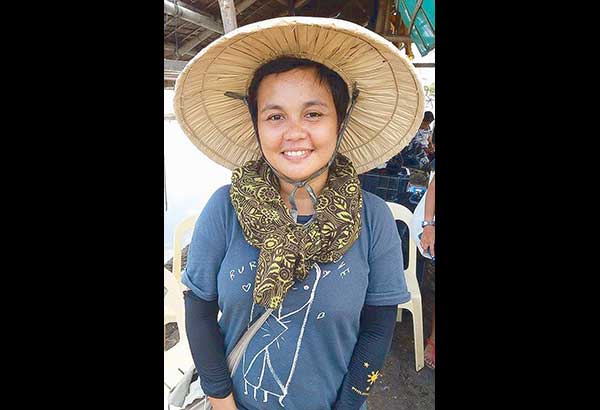 Writer-director Tara Illenberger during the shoot of High Tide, the Best Picture at the second TOFARM filmfest

“Digital filmmaking has democratized the medium, made it cheaper and more accessible. Plus, (there are) online platforms like YouTube or Vimeo,” shares the decorated film editor-turned-director of the 2008 Cinemalaya Independent Film Festival Special Jury Prize, Brutus: Ang Paglalakbay and TOFARM Best Picture, High Tide.

For Ilonggo cinema, Tara’s lead is the latest occasion a full-length from Iloilo wins in a national film festival. This continues Iloilo’s reap of top plums like in Cinema One Originals, Richard Somes’ Yanggaw (2008) and Ray Gibraltar’s Wanted Border (2009).

For sure, this feat was initiated by master Ilonggo filmmaker Peque Gallaga’s Oro Plata Mata about rich families caught in the horrors of the Pacific War. Loosely based on the English novel Without Seeing the Dawn by Ilonggo author Stevan Javellana, it is with a largely Ilonggo cast and crew led by Joel Torre.

“Local cinema is no longer Manila-centric. A lot of regions now have their own endeavors to enrich, tell or document the uniqueness of their culture through the medium of film,” such as the Western Visayas Filmmakers Network led by president Elvert Banares is undertaking.

It is good for regional cinemas like Tara’s three-part advocacy trilogy on trees called Treelogy. Part 1 is the environmental and indigenous-themed work, Brutus: Ang Paglalakbay, about two Tagalog-speaking Mangyan kids who smuggle logs in the mountains of Oriental Mindoro.

Part 2, High Tide, was filmed entirely in Iloilo and Hiligaynon dialect with an Ilonggo cast and crew, except Dalin Sarmiento who was tutored in Hiligaynon to achieve authenticity of speech.

Sisters Dayday (Christine Mary Demaisip) and Laila (Riena Christal Shin) and boy friend Unyok (Forrest Kyle Buscato) gather clams together in the shoreline to sell and give the proceeds to the girls’ father, Tibor (Arthur Solinap) who works in a bangus fishpond. They frantically search for clams to help with the increasing hospital expenses of their seriously ill mother, Ligaya (Dalin).

Unfortunately, the supply of clams in the mainland coastline is depleted. When the tide is incredibly low, Unyok sets off his needy girl friends to the former island where his family used to live. There’s an abundance of clams in the deserted island but can the children go home safely before the high tide flows back?

Asked about her short- and long-term plans, Tara is direct to the point, “Continue doing more films.”