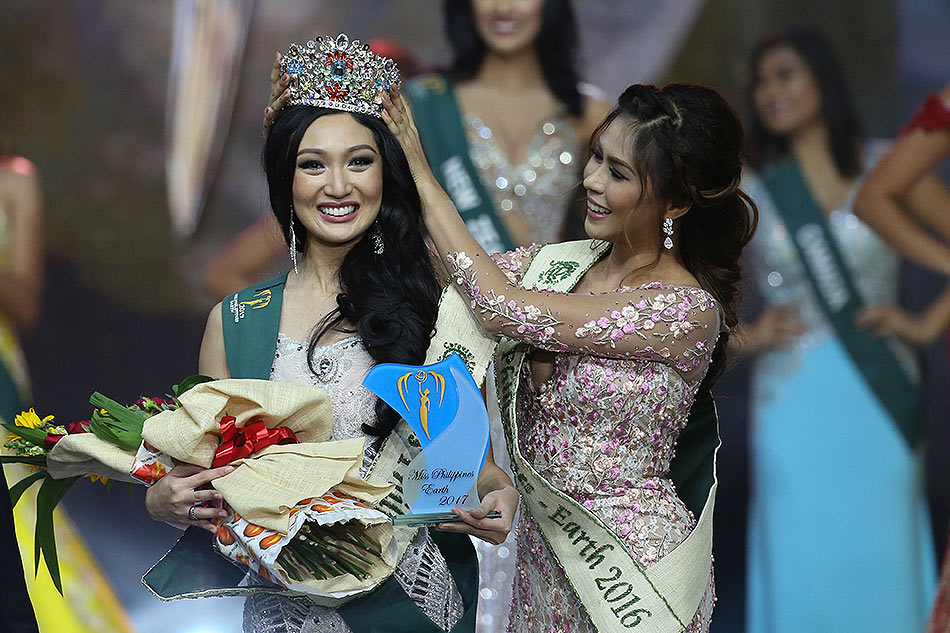 Karen Ibasco, whose advocacy is conserving energy and embracing renewable and sustainable sources of it, will represent the country in the Miss Earth international pageant later this year.

During the competition’s final Q&A portion, Ibasco was asked what change she wants to see in national environmental policies.

“What I want to see is to pass a carbon tax. In that way, we would invest in renewable energy to help our world be a better place, greener and habitable for the whole humanity.”

The four members of Ibasco’s “elemental court” were asked the same question and below are their corresponding answers:

Environmental protection is the main advocacy of the Manila-based pageant. The country has won the Miss Earth crown thrice, including back-to-back wins from Angelia Ong and Jamie Herrell in 2015 and 2014.

The coronation was held at Mall of Asia Arena in Pasay City. The Miss Earth international pageant will be held at the same venue on November 4.