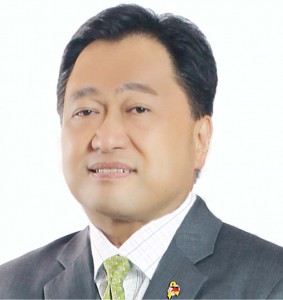 Cesar V. PurisimaThe Philippines is set to lead 19 other climate change-vulnerable countries in calling for concerted action in the finance space to address and mitigate climate change.

The inaugural meeting of the so-called “Vulnerable Twenty” (V20), a group of countries said to be highly prone to the adverse effects of climate change, is set on October 8 in Lima, Peru, with the Philippines serving as chair of the meeting.

The main agenda of the meeting is to formally adopt the V20 Action Plan outlining a concerted response to strengthening resilience and mitigating the debilitating impacts of climate change.

Member-countries will also prepare for the V20 concerted contribution for the COP21 Meeting in Paris this December.

Industrialized countries, besides development institutions, are the targeted sources of financial and technical support because they account for the world’s biggest greenhouse gas emissions causing climate change.

Members of the V20, on the other hand, include least developed, low-income, and middle-income countries that lack resources to combat the adverse effects of climate change.

They are the most prone to disasters because they are either surrounded by large bodies of water, are mountainous and therefore prone to landslides, or have arid land.

“Climate change is real—there’s simply no debate about it,” Finance Secretary Cesar V. Purisima, the chair of the V20 Summit, said.

“What is even more unfortunate is that least developed, low-income, and middle-income countries that contribute the least to climate change are the ones that suffer the most from its adverse effects,” Purisima said.

“So it is true that this is a matter of social justice – we, the most vulnerable, call for accountability and global action on climate change. We look forward to charting a concerted path forward for a matter of plain survival,” he added.

Based on estimates, V20 countries suffer economic losses amounting to 2.5 percent of their potential gross domestic product every year. The losses are expected to escalate if no significant action against climate change is implemented.

The inaugural meeting of the V20, where Purisima will deliver the opening remarks, will be attended by finance ministers and other ranking officials of finance ministries across the V20. It will also be attended by representatives from the World Bank Group, the United Nations, and the International Monetary Fund.

Four advanced economies – France, Germany, Japan, and the United States – were also invited to send representatives to the meeting.