The impact of climate change to fisheries is a key contributor to the country's economy particularly in the Philippines being an archipelago.

According to a study, climate change impacts on capture fisheries in the Philippines is projected to cause a decrease by about 9 percent of its gross domestic product (GDP) with the mitigation scenario and about 18 percent of GDP with the extreme scenario up to 2060, as compared to the baseline scenario.

This impact results in income reduction by as much as 0.36 percent for urban households and 0.38 percent for rural households in the country's economy.

Limuel Aragones, director of the University of the Philippines (UP) Institute of Environmental Science and Meteorology, in an earlier Tugon Kabuhayan virtual presser, said there is a need to take into account scientific considerations to mitigate the effects of climate change in the country’s fisheries and aquatic resources. 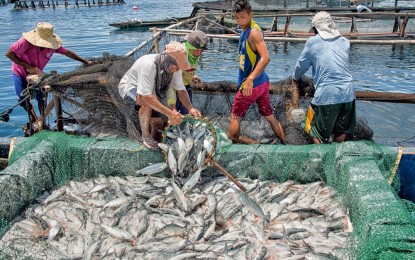 Intensified management of the seas surrounding the Philippines, including the West Philippine Sea, Visayas Sea, Celebes Sea, and Sulu Sea, will require a lot of resources and focus, he noted.

“We are an archipelago, surrounded by seas. This is our great asset,” he added.

Aragones said there is a need to give more attention to the biodiversity in our ocean, especially on the management of marine mammals, identification of native species, and difference of habitats.

“We have a lot of resources in the ocean that we can’t take care of because we are too focused on agriculture. It’s a different context because, in agriculture, we grow food. In fisheries, there’s still a concept of captive fisheries, which is inherent as opposed to the context of culture,” he said.

To prepare for climate change, the Philippines needs to conduct an assessment of vulnerability to climate change for fisheries at the national level in order to respond to changing economic conditions expected to worsen over time and that the assessment is continuously and periodically carried out.

It also needs to carry out a gap analysis on the capability to cope with the impact of climate change on fisheries for the national economy which would enable organizations to take selective and premeditated actions providing the information about whether a sector or area can potentially be associated with the issue or which community is more vulnerable to climate change.

Climate change will affect the fisheries over a long period of time so the country must be ready for the impact and endeavor to mitigate its effect.