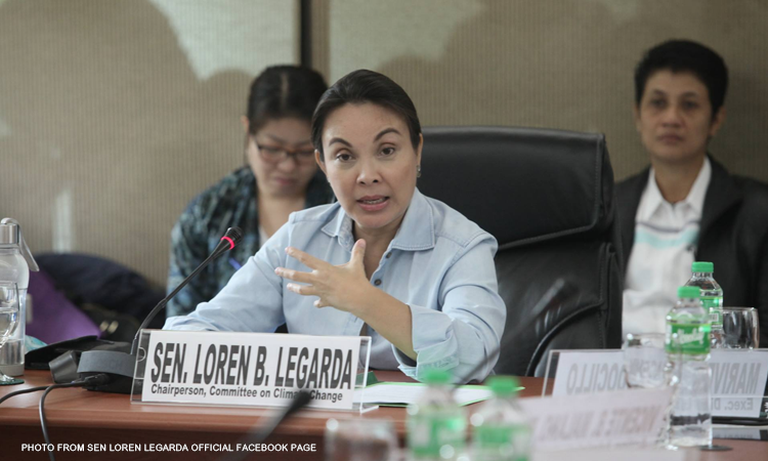 “The 2015 Paris Agreement has been hailed by many as a landmark agreement, but its aspirations will not happen on its own,” Legarda said on Monday during a high-level meeting of the Climate Vulnerable Fourm (CVF) — which is composed of 43 countries.

The Agreement aims to limit global temperature rise to "well below" 2 degrees Celsius above pre-industrial temperatures and pursue efforts to keep it to 1.5 degrees.

“We must continue to rally our respective states and the community of nations to take urgent climate action because global warming will not halt as institutions and nations all over the world debate whether to ratify or not,” she said.

According to Legarda, 197 states and parties have signed the Paris deal. But only 22 of these have ratified the agreement, accounting for only 1.08 percent of the total global greenhouse gas (GHG) emissions.

For the Paris Agreement to take effect, 55 countries that produce 55 percent of global GHG emissions must ratify the deal.

The Philippines has yet to approve the climate agreement.

Although President Rody Duterte said he would not honor the agreement, Legarda said the presence of Cabinet secretaries (Alfonso Cusi, Ernesto Penia, and Art Tugade) at the CVF meeting meant they were in favor of the deal.

Legarda also said the Philippines would need the help of wealthier nations to fight climate change — even if these countries emit GHG.

She said rich countries could offer technical and financial assistance to countries easily affected by climate change, such as the members of the CVF.

But she reminded vulnerable countries to lessen having an adverse impact on the environment.

"Although we are not major emitters of GHG, we cannot let our respective economies grow through the ways that caused today’s climate crisis," she said.