Latest international models indicate the possible recurrence of the drought-driving El Niño phenomenon this year after its damaging 2015-2016 onslaught, threatening water in Angat and other areas. 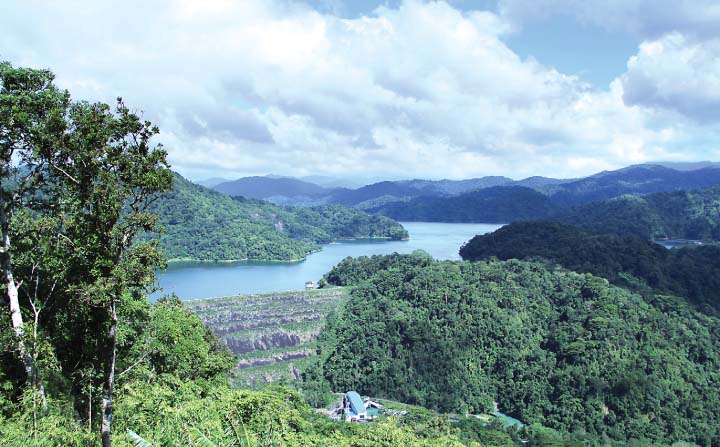 That onslaught, one of El Niño’s strongest, adversely affected rainfall patterns and tropical cyclone formation in the country while bringing drought and dry spell to most areas nationwide, including Bulacan province where Angat Dam is located.

State hydrologists however believe that Angat is unlikely to encounter water woes until the end of December, even if El Niño recurs this year.

“Water in Angat is already enough to meet this dam’s purposes at least until year-end, even with El Niño,” said hydrologist Richard Orendain of the state weather bureau, PAGASA.

Angat had much less water in February 2016 compared to this month but was still able to supply water amid El Niño’s brunt then, he noted.

PAGASA hydrologist Gine Nievares noted that Angat is still receiving some rain from the northeast monsoon or ‘amihan’, further ensuring availability of water.

“There was no more rainfall in the Angat area in February (2016), so its water level was not as high as this month’s,” she said.

Despite the optimistic outlook, Orendain urged water conservation in Angat’s service areas so that the dam’s reserve would last longer.

“Summer is also near so we must not waste water,” he said.

The government built and started operating Angat Dam in the 1960s to supply water for irrigation in Bulacan and Pampanga provinces and for Metro Manila’s needs.

Orendain said this year, however, Angat can still supply water at normal allocation levels even if El Niño strikes.

He noted that Angat’s reserve is enough for 2017 even without rainfall.

“There’s a lot of water in Angat at present,” assured Orendain, adding that he sees no water shortage this year even with the same impact as the 2015-2016 El Niño episode.

According to experts, the El Niño and La Niña phenomena are the warm and cool phases of the El Niño-Southern Oscillation (ENSO) cycle.

ENSO is a naturally occurring phenomenon of the climate system resulting from ocean-atmosphere interaction in central and eastern equatorial Pacific, noted PAGASA.

WMO further said that models indicate a slight chance that La Niña would re-develop this year.

Models surveyed and expert opinion instead suggest ENSO-neutral conditions are about 70 percent to 85 percent likely during 2017’s first half, noted WMO.

For 2017’s second half, WMO said continued ENSO-neutral condition is the most likely scenario.

“The possibility for El Niño development during the third or fourth quarters of 2017 is significant with a likelihood of around 35 percent to 40 percent,” WMO however clarified.

WMO noted such development is somehow “encouraged by the backdrop of warm remnants of the strong 2015-2016 El Niño in the off-equator Pacific Ocean temperatures, as well as by the ongoing positive phase of the Pacific Decadal Oscillation”.

Most models predict the continuation of ENSO-neutral conditions through the Northern Hemisphere summer, said CPC.

CPC however noted that some dynamical models anticipate the onset of El Niño as early as the Northern Hemisphere spring from March to May.

The recurrence of El Niño after this phenomenon’s decay last year isn’t surprising.

“That already happened in the past with an El Niño episode recurring just several months after the previous one,” said Analiza Solis, officer-in-charge of PAGASA’s Climate Monitoring and Prediction Section.

Solis said it is still too early to say if El Niño would fully develop this year.

PAGASA will continue monitoring developments in the Pacific so it could warn the public about El Niño if necessary, she added.