Does the Philippines have enough funds to deal with disasters?

Typhoon season is underway in the Philippines, and some officials warn the funds for handling calamities may not be enough. 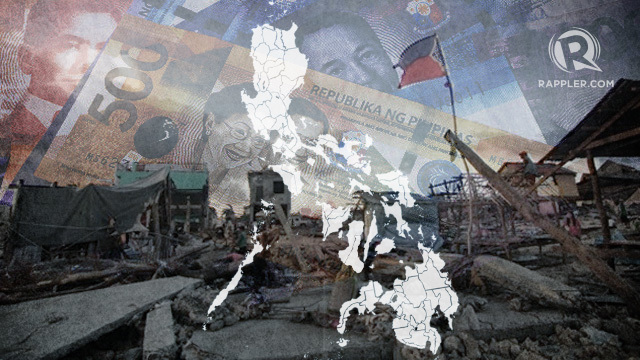 MANILA, Philippines – Are there enough funds for disaster management in 2017?

"The [calamity fund] for 2017 – from the [National Expenditure Program] to the House and out of the [bicameral conference committee] – was cut down from P40 billion to P15 billion," he said last Saturday, July 8.

Under the General Appropriations Act (GAA) or national budget, a total of P15.7 billion has been allocated for the DRRM fund, a P23-billion decrease from the P38.9-billion allocation in 2016.

The law states that funds for disaster management activities should be sourced from the DRRM fund to respond to urgent needs during emergency situations. (READ: Where can you access disaster funds?)

Back in March, the NDRRMC said only about P5.8 billion is left of the calamity fund which is not enough to cover the needs of areas recovering from disasters.

This means that two-thirds of the DRRM fund had already been used in the first 3 months of the year.

Social Welfare Secretary Judy Taguiwalo earlier told Rappler that the budget for 2017 is insufficient "because there were many disasters in the last half of 2016."

The NDRRMC approved a resolution last March, asking Congress for a P78-billion supplemental budget to cover the needs of areas hit by typhoons in the past two years.

The supplemental budget sought by the council does not include the flooding in Mindanao last January and the recent earthquakes that rocked several parts of the country. (IN PHOTOS: Earthquake causes panic, damage in Batangas resort)

Undersecretary Ricardo Jalad, the Executive Director of the NDRRMC, told Rappler on Saturday that the council would seek budget augmentation if needed.

"The NDRRMC will request for additional funds if the circumstance requires," he said. (READ: Wanted: Messiah for disasters)

(Because the budget was cut, of course, flexibility is limited. The problem with that is, when a disaster strikes, you have to be ready.)

In the 2017 National Expenditure Program (NEP), the DRRM fund was initially allotted P37.3 billion – with only a P1.6-billion proposed decrease from the 2016 allocation. But after going through the bicameral conference committee, the total allocation was further slashed to just P15.7 billion. (READ: What's in the proposed 2017 national budget?)

Serrano said adjustments must be made for next year's expenditure program to ensure that there is enough money to be used when disasters happen.

The 2018 NEP is set to be submitted to Congress before President Rodrigo Duterte delivers his second State of the Nation Address on July 24, as the budget call started last January.

"We are now just looking for a bigger NDRRMF for 2018. Although I have not yet seen the proposed NEP for 2018, the DBM already assured us of that," Jalad said in a text message on Tuesday, July 11. 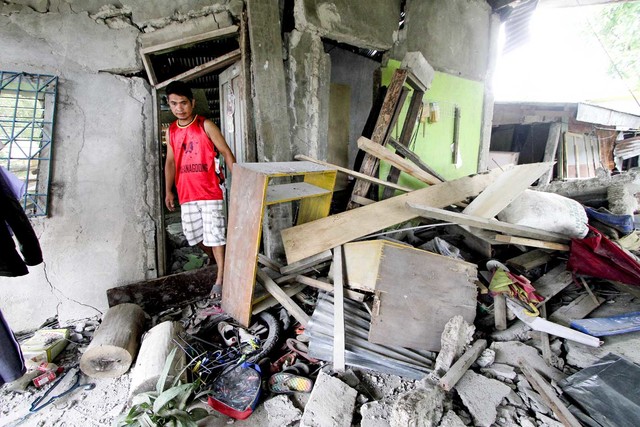 Aside from the calamity fund, the People's Survival Fund (PSF) is another source of money for climate change adaptation and disaster risk reduction programs.

But until now, bulk of the P1-billion allocation has yet to be given to implementing agencies.

(The PSF of P1 billion, until now, we've seen so many permutations and several typhoons have hit, but the fund still cannot be accessed.)

P1 billion was programmed into the PSF in the national budget starting 2016 – more than 3 years after the fund was created through a law signed by then president Benigno Aquino III in 2012.

In October 2015, the Climate Change Commission announced that the PSF may be accessed by local government units (LGUs) and community organizations.

According to Serrano, technicalities in proposals delay the approval of projects to be funded by the PSF.

(The PSF is intended for adaptation but the proposals submitted do not necessarily reflect that. Our resolve now is to hasten the process. The funds accumulate yearly. Critics might say the PSF is not being used.)

"What we're doing now is to help the LGUs with their comprehensive plans for the PSF," he added.

One of the most disaster-prone countries in the world, the Philippines has adopted policies to manage calamities since the 1970s.

Philippine laws on disaster management and climate change have even been praised as among the "world's best" by the United Nations.

But without enough funding, how will the government respond effectively to disasters?