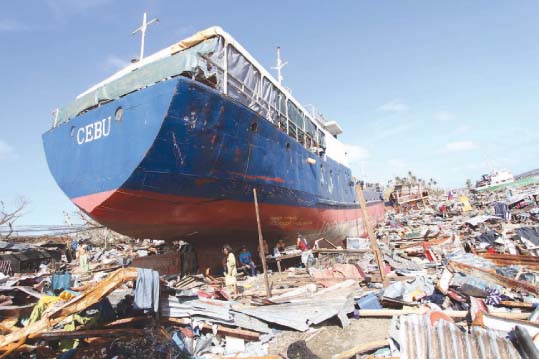 The world is weathering a storm and the Philippines is in the crisis zone. What is climate change and what have we done so far to stand our ground? The newly appointed United Nations Global Champion for Resilience speaks up.

“We are set to reach the one degree Celsius marker.” 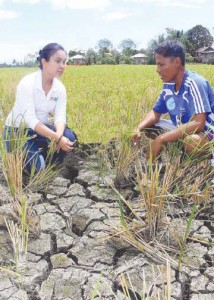 This was the pronouncement of Professor Stephen Belcher of the United Kingdom’s Met Office in Nov. 2015. From Jan. to Sept. 2015, the global mean temperature hit 1.02°C.

Scientists could argue over the accuracy of such data. True or not, we can no longer deny the existence of climate change, which has become the greatest humanitarian challenge of our time.

At the 2015 Paris Climate Conference or COP21 held last December, nations adopted the Paris Agreement that aims to limit global temperature rise to “well below 2°C and to drive efforts to limit the temperature increase even further to 1.5°C above pre-industrial levels.”

But what does a 1, 1.5 or 2 degrees Celsius mean and why should the difference matter to us?

What is climate change?

In February 2007, the Intergovernmental Panel on Climate Change (IPCC), following a three-year study on global warming, reported that climate change is “unequivocal” and that human activity is the main driver.

Human activity released 545 gigatons of carbon dioxide—the main greenhouse gas (GHG)—from 1750 to 2011. In the last decade, 90 percent of the rise in carbon dioxide levels was due to burning of fossil fuels. GHG emissions accumulate and trap heat in the atmosphere, causing temperature to rise. Hot water is the fuel of typhoons. Where there is hot water, there is faster evaporation, which means greater condensation, which leads to more rain. Because heat expands matter, seawater is also expanding, causing a rise in the sea level. 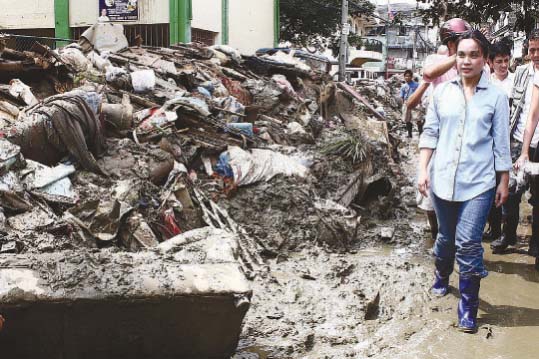 THE UNBEARABLE WEIGHT OF WATER. Examining the devastation left by Ondoy at the Marikina River Bank in 2009.

This is climate change, a phenomenon so complex and overreaching in its impact that maybe we should now begin calling it “climate crisis.” 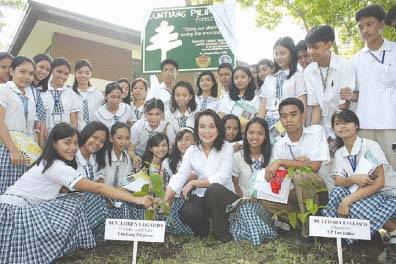 The human face of climate change

Climate change affects everything—food, water, settlement, jobs, livelihood, human welfare, safety and security, poverty reduction, economic growth, and our overall pursuit of sustainable development. We have seen how natural hazards, exacerbated by climate change, like Typhoon Yolanda, have killed thousands of individuals, wiped out cities and communities, and undid years of development gains. The IPCC predicts that an increase of 1.5 to 2.5 degree Celsius in global mean temperatures threatens extinction of 20 to 30 percent of all species.

The World Bank projects that under a 2°C scenario, there will be a 20 percent decline in water availability for many regions and 15 to 20 percent decrease in crop yield. Sea level rise, floods that damage fish farms, and the increased acidification of the oceans by 2050 could reduce farmed fish yield by 90 percent.

For the Philippines, an archipelagic and developing nation located at the western edge of the Pacific Ocean and directly within the Ring of Fire, the climate risks are too high. Our farmers are threatened with both drought due to El Niño and inundation caused by stronger rains and typhoons. Moreover, extreme heat, which causes the warming of the surface temperature of our water, results in coral bleaching, which leads to the destruction of corals and translates to lower fish population and less fish yield for Filipino fisherfolks.

Climate justice as a human right

It is a clear injustice to witness the devastating impacts of climate change being borne by developing countries like the Philippines, a minor emitter of GHG with only 0.3 percent of global emissions. Why should we suffer for a phenomenon we did not cause? 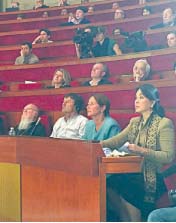 With fellow speakers at the first Summit of the Consciences for the Climate in Paris, France last July 2015, where over 40 religious, political, cultural and environmental leaders convened by French President Francois Hollande signed the Call to Conscience for the Climate.This is the reason climate change awareness has been my main advocacy. Although it was not easy because many people did not think that it was a gut issue, I stood my ground.

We were able to pass into law the Climate Change Act, which created the Climate Change Commission and mainstreams climate change adaptation in various phases of policy formulation, and the National Disaster Risk Reduction and Management Act, which strengthens the capacity of the national government and local government units to build the disaster resilience of communities. The United Nations Office for Disaster Risk Reduction (UNISDR) hailed these two measures as among the world’s best laws on disaster resilience.

It is still a challenge to fully implement these laws and other related measures—such as the Clean Air Act, Clean Water Act, Ecological Solid Waste Management Law, Renewable Energy Law, and the People’s Survival Fund Law—but we are seeing progress. The Philippines is consistent in practicing leadership-by-example. In our official submission of commitment to reduce emissions by 70 percent by 2030, we demonstrate that even vulnerable countries can plan, design, and implement ambitious climate adaptation and mitigation commitments.

Our government has taken an active role in chairing the Climate Vulnerable Forum (CVF), a group of 43 developing nations vulnerable to climate change impacts. We have demanded that developed nations that have the capacity and resources to aid vulnerable countries must commit their support. Our government has also started climate-tagging expenditures and prioritizing funding for adaptation measures that will reduce vulnerabilities and address climate risks to our communities.

As chairperson of the Senate Committee on Finance, I have introduced special provisions in the budget to ensure that the implementation of programs authorized under the 2016 General Appropriations Acts would contribute toward building resilience and achieving the goals under the Sendai Framework for Disaster Risk Reduction, the Sustainable Development Goals, and the country’s Intended Nationally-Determined Contributions.

We all have to take action to address climate change and its impacts. The government cannot do it alone. The private sector, civil society, and all citizens must take part. We can start by adopting a low-carbon lifestyle, which means shifting to renewable energy sources to economize on energy consumption, growing trees and mangroves which sequester carbon, and opting for energy-efficient transport modes like walking, biking, and taking public transportation.

These are just some ways by which we can make climate adaptation part of our daily living. These practices do not demand much from us. It has every bit of potential to become second nature to us. We just have to take that first crucial step of actually taking action.

If we start today, there is no promise that we will be lucky enough to see the undoing of the damage within our lifetime, but at least, we leave our world with the gift of hope for a better, kinder future.