The Department of Agriculture and the Department of the Interior and Local Government will team up to provide water for irrigation as well as for drinking to far-flung barangays. 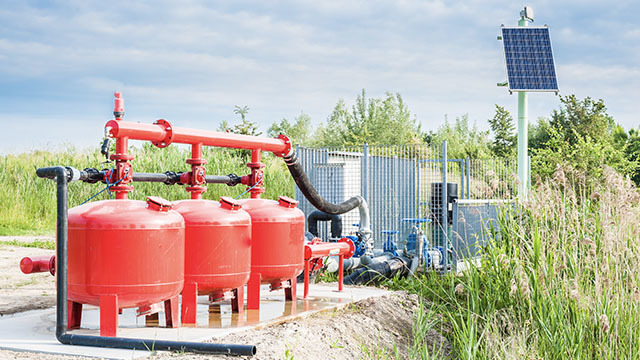 WATER SOURCE. The Department of Agriculture seeks to provide water to far-flung barangays, with the help of the Department of the Interior and Local Government. Photo from Shutterstock

MANILA, Philippines – The Department of Agriculture (DA) and the Department of the Interior and Local Government (DILG) will be signing a memorandum of agreement to launch a solar-powered water supply program for off-grid barangays.

In a Facebook post, outgoing Agriculture Secretary Emmanuel Piñol said this program will give water to rural areas for both irrigation and drinking purposes.

The DA and the DILG will target barangays which rely on open sources of water and lack enough power sources.

The joint program, which will be under the DA's existing solar-powered irrigation system project, will start by August. (READ: Department of Agriculture eyes more solar irrigation facilities in Laguna, Rizal)

"The absence of water supply in the remote villages also affect the food production activities of the residents, especially those planting vegetables and other crops for their subsistence," Piñol said.

The DILG will identify the barangays for the project, while the DA will build the system, which will source water from springs or deep wells.

The DA will also organize farmers to be more involved in vegetable farming and other agribusiness opportunities.

Earlier, the DA and the Bureau of Fisheries and Aquatic Resources also met with Aboitiz Power Corporation to launch a floating solar farm in Sibutu, Tawi-Tawi. This will power an ice-making and cold storage facility.

Piñol said the farm will also serve as a fish convergence area for the community. The DA will provide a P20-billion fund for the floating solar farm prototype.