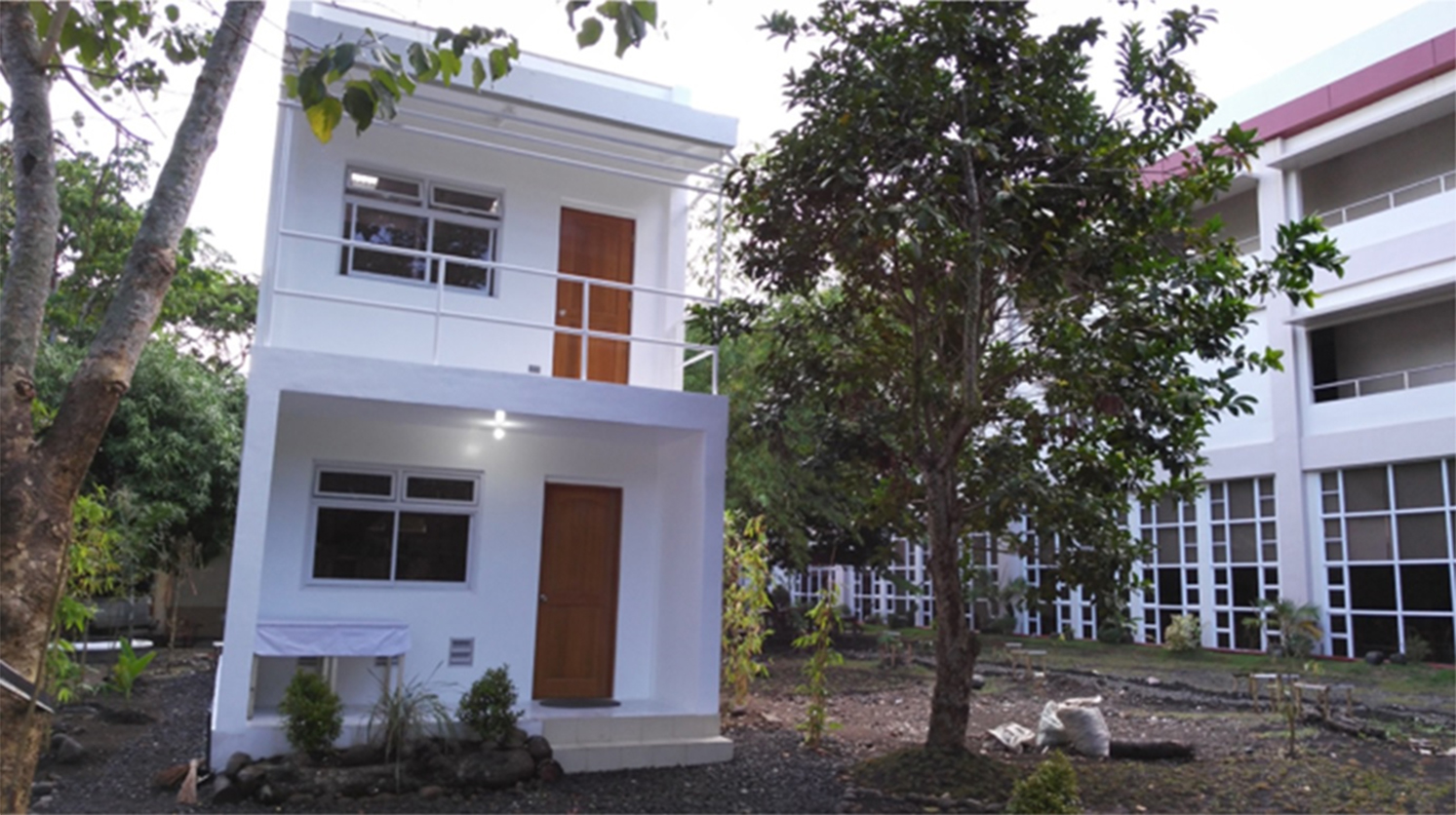 The climate change resilient pilot house (CCRPH) of the Bicol State College for Applied Sciences and Technology (BISCAST) in Naga City, Philippines is ready for scaling up as it secures approval from the Accreditation of Innovative Technologies for Housing (AITECH) of the Philippine National Housing Authority (NHA) last December 2017.

“The AITECH certification gives BISCAST the license to share this innovation that can be adopted by housing builders and contractors as well as by the government in their socialized housing projects. It is hoped that they will adopt the CCRPH-Nexus Technology,” explained by BISCAST President, Dr. Richard Cordial.

Part of BISCAST’s plan is to implement a hands-on technical training on the CCRPH, initially for cities in the Bicol Region. “The accreditation gives fulfillment to the whole institution because it recognizes the school’s effort to achieve an innovation in the housing technology. Furthermore, we feel that we are a contributor to affordable housing technology in the Philippines,” Dr. Cordial noted.

Inaugurated last June 2016, the CCPRH represents an alternative to conventional construction of affordable social housing. It applies a low-cost housing technology and utilizes climate-adaptive and energy-efficient devices. Standing at 71 square meters (sq. m.), theCCRPHcost PHP9,221 per sq. m. (approx. USD 196.20 per sq.m.). It is nearly half as expensive as the conventional social housing which usually amounts to PHP 17,000 (approx. USD 361) per sq. m. in Naga City.

Without the cost of finishing work (tiling, flooring, plastering, painting, photovoltaic system, rainwater harvesting system etc.), the price can be lowered to PHP5,500 per sq. m. (USD 116.75), leaving the finishing work to the owners in order to make it affordable for lower-income groups.

TheCCRPHis built using environment-friendly construction technologies such as pre-fabricated beams and hollow blocks. The house can be built in a short span of time, hence reducing more costs. Some of the technology’s specific advantages include the modular architectural system which decreases the number of different building parts; natural ventilation (cross ventilation throughout the building); and natural illumination, window/wall ratio of 40% and roof lights.

In terms of operational cost, BISCAST monitoring data for 2017 indicates 10% savings on electricity bill due to the installed photovoltaic system and 73% reduction of water consumed from the utility provider due to the use of rainwater harvesting technology. This shows that the CCRPH is not only affordable during the construction phase but also once it is being used.

TheCCRPHis one of BISCAST’s pilot projects under its cooperation with the ‘Integrated Resource Management in Asian Cities: The Urban Nexus’ project implemented by GIZ in cooperation with ICLEI Southeast Asia Secretariat and financed by the German Federal Ministry of Economic Cooperation and Development (BMZ). BISCAST is an active partner of Naga City, one of the GIZ Urban Nexus project’s pilot cities in the Philippines. The project is supporting BISCAST through the provision of an expert specializing in innovative wastewater management, energy efficiency, and low-cost housing technologies.

Apart from the AITECH accreditation, the CCRPH was also regarded as the second greenest building in the country by the Philippine Green Building Initiative (PGBI),  obtaining a Kamagong rating. PGBI is not only assessing green building standards; it also rates the climate change resiliency of buildings where the CCRPH scored 100%.

In conclusion, Dr. Cordial said that “The CCRPH fulfills BISCAST´s concept of giving solution to the problems of communities through applied sciences and technology. As an academe, we are responsible in finding solutions on how we can adapt to climate change to avoid destruction of houses during typhoons, flooding, and other calamities as well as to build green and affordable.”

For her part, Ms. Ruth Erlbeck, GIZ Urban Nexus Project Director shared that “the cooperation with BISCAST lays the basis for massive upscaling of ‘integrated resource management’ as we are working with highly young people (students) — the future generation to transform the Philippines into a sustainable resource efficient country leaving nobody behind.”

The GIZ Urban Nexus project intends to promote a “circular economy” approach where scarce resources such as water, food, and energy are used and reused more efficiently and effectively following the principles of “take, make, return” by a separation of mass flow cycles “closing the loop.”