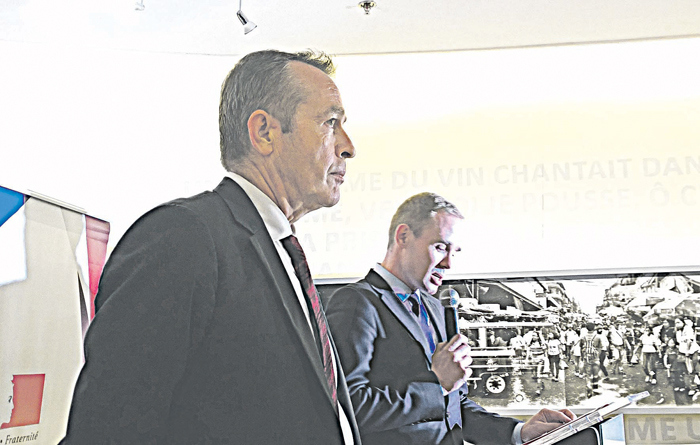 The French Embassy recently infused arts and cultural activities as part of the activities leading to the staging of the 21st Session of the Conference of Parties to the United Nations Framework Convention on Climate Change, or COP21, in France late next month.

Dubbed as “COP21: The Road to Paris Starts in Manila,” French Embassy deputy Head of Mission Laurent Le Godec said integrating the arts and cultural activities into the discussion of climate change expands the awareness and brings the technicalities of the issue closer to the people.

“It is artists who can make new ideas come out and can express people’s sensibilities. We are talking about policy-making and it is very technical. It may be far from the people and the challenge is how you reconnect the people with what will be done in Paris,” Le Godec said.

Le Godec added that the civil society and artists in the Philippines are vocal about the issues of climate change, which makes the country an ideal starting point for the road to the COP21.

He said the country “plays constructive and positive role on the fight against climate change,” despite its status as a developing country.

“For a long time, the Philippines has said that it is up to the developed countries to tackle the issue, but now the country has changed its position and is pushing to make its voice heard in Paris,” Le Godec added.

Art took center stage during the launch of the Climate Week with an exhibit by Filipino photographers and visual artists Wawi Navarroza, MM Yu and Veejay Villafranca.

Hosted by Alliance Française de Manille in Makati City, the exhibit, entitled Surface Tension, gives light to the perspectives on the Earth’s evolving landscape and its interaction with human beings.

Removing the stiff side of environmental and scientific discussions on climate change, art provides a more human way of looking at the issue, appealing to people’s emotion and raising their concern over the matter, Villafranca said.

“Climate change is very technical. It is hard to digest so my goal is to provide the issue a visual, give it a face,” Villafranca added. Villafranca’s collection, entitled “Signo,” which he means as a “stern message,” digs deep into the heart of climate change and exposes its consequences like health problems and human trafficking.

“We cannot be apathetic. The images are a way to bring up discussion and keep people talking about climate change and realities. There are a lot of things happening under the issue and there is the human element in climate change that is equally important and connected to the environment talk. We should not shrug this off as another scientific discussion,” Villafranca said.

Alliance Française Director Patrick Deyvant, meanwhile, lauded the active participation of the art community in the Philippines in contributing to the discussion on climate change.

“What is interesting is that the Filipinos are not only interested in the issue on a political level, but there are also artists present who express their position on the issue. Through photographs, they are also able to express the concern of the people regarding the climate-change issue,” Deyvant said.