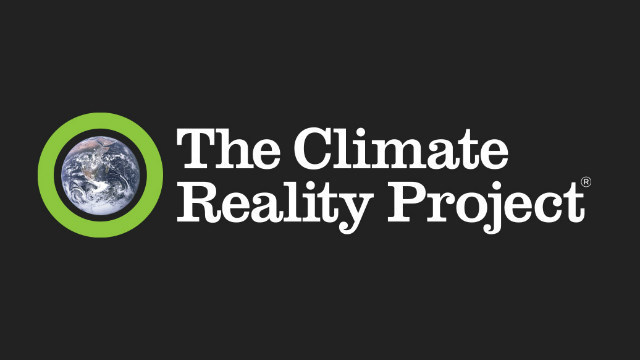 Dubbed as "Road to Paris," the climate caravan focuses on the roles of the Filipino youth and local government units (LGUs) to galvanize community climate action.

In partnership with Dakila - Philippine Collective for Modern Heroism, the campaign also aims to gather grassroots support to encourage world leaders to come up with a strong and definitive climate agreement in Paris during the 21st Conference of Parties (COP21) on December.

“Bakit, Bakit Hindi?" is an adaptation of CRP’s Why? Why Not? Initiative in 2014, which is mainly a social media campaign aiming to bring forward the Filipino youth as catalyzers of collective action in the lead-up to the Paris Climate negotiations,” said CRP country manager Rodne Galicha.

In this campaign, young people will be given the opportunity to ask probing questions to government officials, Philippine negotiators, and environmental agencies such as the Department of Environment and Natural Resources (DENR) and the Climate Change Commission through 30-second videos.

“These videos will be utilized to stimulate discourse via social media over the next few months, especially during our nationwide climate caravan, where climate volunteers will hold dialogues with LGUs, vulnerable communities such as indigenous groups, women and children, as well as youth representatives from all regions nationwide," Galicha said.

He added: "We, therefore, encourage LGUs and their respective councils to issue resolutions in behalf of their people to call on world leaders to sign a strong and bold climate agreement."

The Philippines' role on the global debate

The Philippine campaign specifically aims to strengthen the country’s Intended Nationally Determined Contributions (INDC) lobby for gradual but sustained phase-out of coal-fired power plants and the implementation of the People’s Survival Fund. It also emphasizes the rights-based approach to the climate crisis issue by putting the concerns of the most vulnerable communities including indigenous groups, women, and the youth.

“The Road to Paris initiative aims to gather millions of signatures from all over the world urging parties to the United Nations Framework Convention on Climate Change (UNFCCC) to finalize a bold climate agreement," said Don Henry, Public Policy Fellow at the University of Melbourne and member of the international Board of CRP.

As special envoy of CRP’s founder Al Gore, Henry explained that the Road to Paris campaign is uniting citizens, corporations, and organizations on every continent to demand a strong agreement at COP21 that will dramatically cut emissions and accelerate the planet-wide shift to clean energy.

“The Philippines has a unique opportunity to be a leader at home and on the world stage with tackling the climate crisis. Having a ‘green development path’ that builds jobs and innovation in renewable energy and adaptation to climate change is a great opportunity for the Philippines," he said.

“Our country’s INDC should reflect a strong stance towards deep cuts in greenhouse gas (GHG) emissions as a way to mitigate climate change. It is unfortunate, however, that we continue to witness coal plants being constructed. In the past 5 years alone, 21 coal-fired power plant projects were granted an Environmental Compliance Certificate (ECC),” said Legarda.

Representing the indigenous peoples of the country, Representative Teddy Baguilat of the lone district of Ifugao emphasized the challenge of the climate crisis to the resiliency of the indigenous knowledge, systems and practices.

“Our indigenous peoples have survived through the years. Positively, our traditional way of life assures us of our resolve to continually adapt to the changing patterns of the climate. We may be affected by this ecological crisis but our contribution to humanity to solve it has been consistent while we live in harmony with nature,” said Baguilat.

Asserting the need to rethink development models which harm the environment, Baguilat said that pending bills on land use, mining and forestry, must be approved immediately to help reduce the ill-effects of climate change.

“Women, children and even the elderly become even more vulnerable in times of disasters. They suffer the brunt of natural calamities. During these times, authorities must be vigilant in the protection of their rights especially that of women and children who are prone to human trafficking," said Acosta.

The launch of the Climate Reality Project's "Bakit, Bakit Pa?" campaign coincided with this week's COP 21 Bonn intersessional talks and the Catholic Church's World Day of Prayer for the Care of our Common Home.