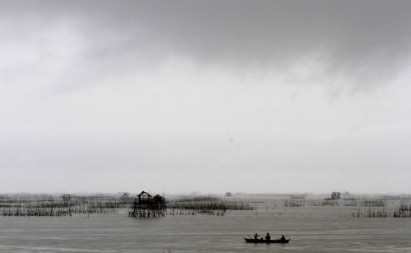 MANILA -- The House of Representatives has approved on second reading a measure reverting fishponds that have been unutilized or abandoned for three years to forestlands.

Villarica said the bill amends Section 43 of Presidential Decree 705, otherwise known as the Revised Forestry Reform Code of the Philippines.

“Environmental laws must be attuned to the demands of climate change as well as the socioeconomic needs of the increasing number of people living in our communities,” she said.

Villarica said under PD 705, mangrove and other swamps released by Bureau of Fisheries and Aquatic Resources (BFAR) for fishpond purposes that have been unutilized and abandoned for a period of five years from the date of such release should revert to the category of forestland.

The bill seeks to shorten the period of reverting to forestlands the fishponds, which have been unutilized or abandoned from five to three years, she said.

From fishponds to mangroves

The fishponds could be utilized for mangrove propagation or promotion of eco-tourism activities to jumpstart the economy of communities wanting in socioeconomic development, according to Villarica.

Villarica, chairperson of the House Committee on Women and Gender Equality, said under PD 705, strips of mangrove forest bordering numerous islands which protect the shoreline, the shoreline roads, and even coastal communities from the destructive force of the sea during high winds and typhoons shall be maintained and shall not be alienated.

She said such strips must be kept free from artificial obstruction so that floodwater will flow unimpeded to the sea to avoid flooding or inundation of cultivated areas in the upstream.

Under the bill, all mangrove swamps set aside for coast-protection purposes shall not be subject to clear-cutting operation.

The Department of Agriculture (DA) and the Department of Environment and Natural Resources (DENR) are mandated to prepare a set of joint guidelines to determine abandoned, undeveloped, or under-utilized fishponds covered by Fishpond Lease Agreements (FLAs).