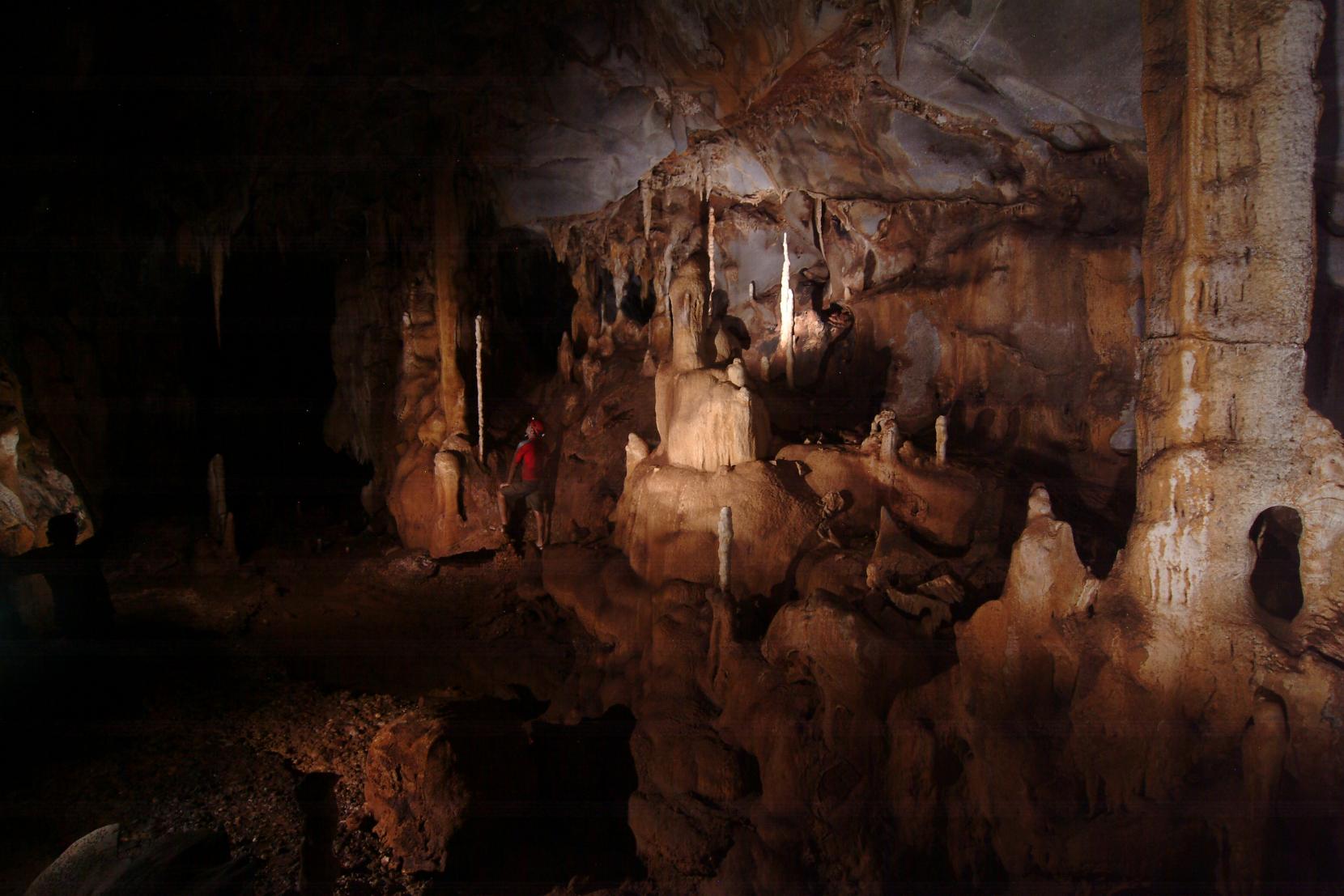 The cave room in Puerto Princesa Subterranean River National Park in Palawan, Philippines. A stalagmite collected from this location served as a record for ancient rainfall data. Photo by Raf Rios

AUSTIN, Texas — Researchers at The University of Texas at Austin have found that a well-known period of abrupt climate change 12,000 years ago occurred rapidly in northern latitudes but much more gradually in equatorial regions, a discovery that could prove important for understanding and responding to future climate change.

The research, published Sept. 2 in Nature Communications, focuses on the Younger Dryas, a cooling period that started when the North Atlantic Current, an ocean current, stopped circulating. The event caused Earth’s northern hemisphere to enter into a deep chill, with temperatures in Greenland dropping by approximately 18 degrees Fahrenheit in less than a decade. 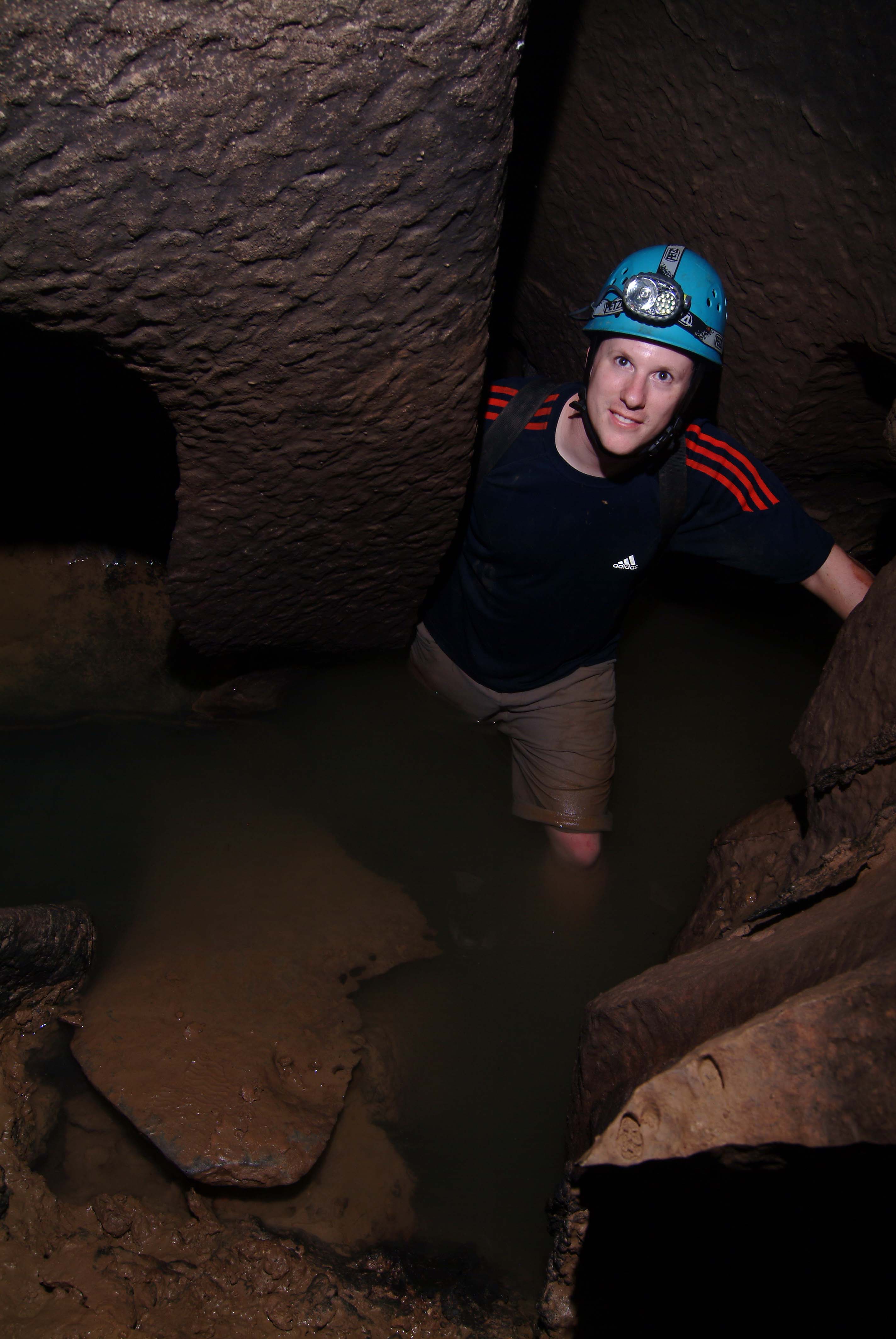 Jud Partin, a research associate at the University of Texas Institute for Geophysics, led the study. Photo by Raf RiosThe event also caused rainfall to decrease in places as far away as the Philippines. However, whereas temperatures in Greenland responded quickly to the ocean current shutdown and subsequent reboot 1,000 years later, it took hundreds of years for rainfall in the Philippines to be affected and to recover.

“We found that the temperature in Greenland is like a small ship that you can stop and turn quickly because of the influence of sea ice in the region, while rainfall in the tropics is like a big ship that takes a long time to course correct,” said Jud Partin, a research associate at the University of Texas Institute for Geophysics (UTIG) who led the study.

The changes in temperature and rainfall are linked to a common cause: the slowdown of the ocean currents in the North Atlantic, which affect climate and temperature as they move warm water from the Gulf of Mexico toward the Arctic. As the world warmed after the last ice age, glaciers melted and diluted northern seawater with freshwater. The resulting change in ocean water density disrupted the current and, in effect, the climate, causing a period of global cooling.

The event also inspired the premise of the 2004 disaster flick “The Day After Tomorrow,” which exaggerates the speed and strength of the cooling by depicting the planet entering an ice age in a matter of weeks after the ocean current collapses.

Although other studies well document the changes in temperature and precipitation around the world, this new study concludes that these changes do not occur or recover at the same rate, as had been previously assumed.

Understanding the relationship between temperature and precipitation in the wake of climate change is particularly important because it previews what could happen if the planet’s ice sheets continue to lose mass and add freshwater to the North Atlantic. At a conference in Paris during July of more than 2,000 climate scientists, the potential collapse of the North Atlantic Current’s circulation was identified as a possible catastrophic consequence of climate change.

“A slowdown of the ocean circulation is a double-edged sword: If we see some temperature changes associated it … and somehow are quick to act and alleviate the change, then we have the potential to stop it before it impacts rainfall globally,” Partin said. “The longer the circulation event lasts means that it will take that much longer for rainfall to recover.” 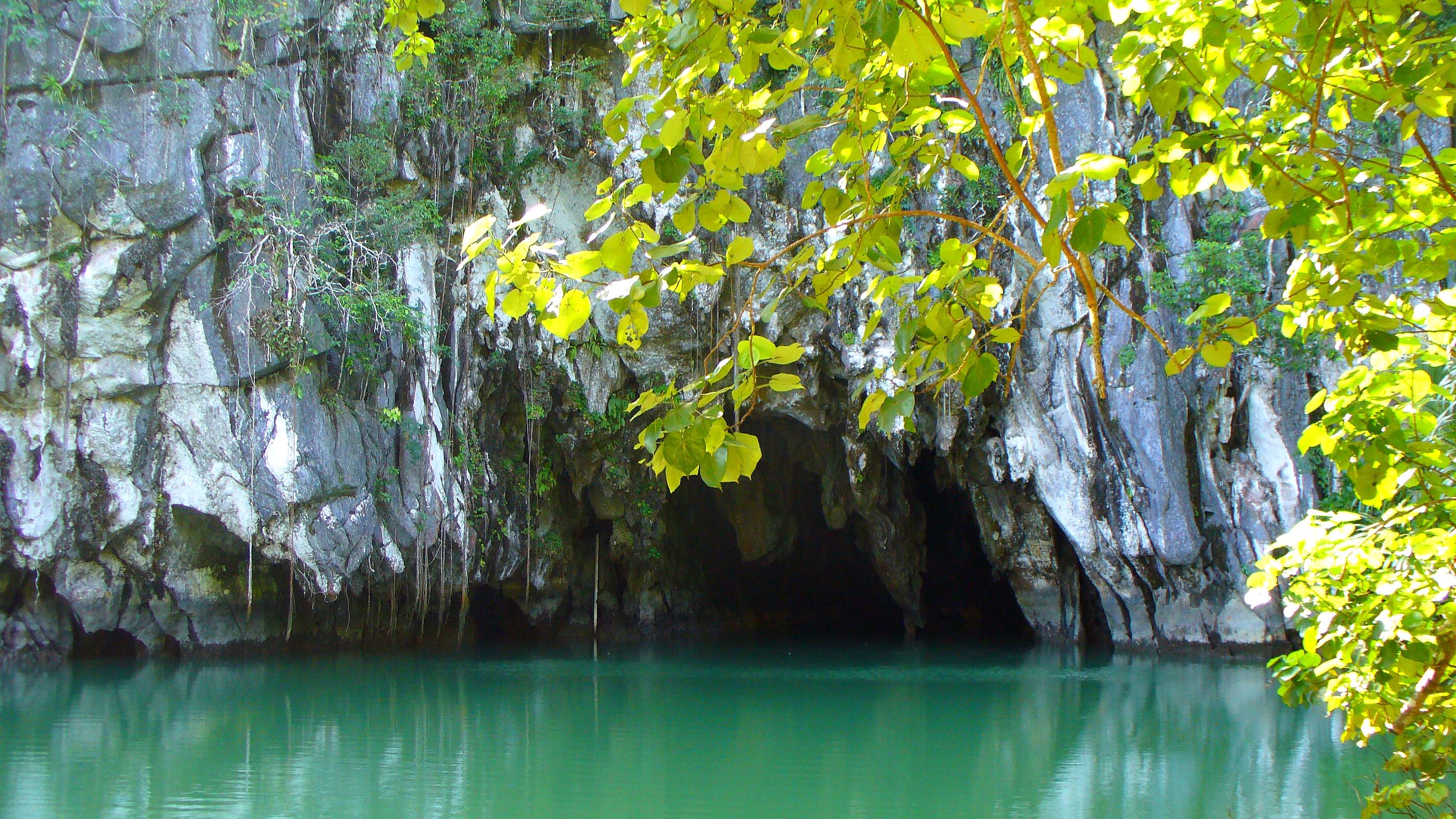 Cave entrace at Puerto Princesa Subterranean River National Park in Palawan, Philippines. Photo by Jud PartinThe researchers discovered how rainfall in the Philippines was affected by the Younger Dryas event by analyzing minerals deposited in a stalagmite growing from the floor of a cave in Puerto Princesa Subterranean River National Park in Palawan, Philippines. They found that it took more than 550 years for drought conditions to reach their full extent in the region, and about 450 years to return to pre-Younger Dryas levels after the North Atlantic Current began circulating again. The record suggests rainfall was about 25 percent lower than present levels during the cold snap.

They then compared these findings with previously published ice core data. According to these records, it took a decade or less for temperatures in Greenland to drop by approximately 18 degrees Fahrenheit once the current collapsed and about 40 years to rebound after it returned.

Partin conducted the work with UTIG Director Terry Quinn and collaborators from the National Taiwan University and the University of the Philippines-Diliman. UTIG is a research unit of The University of Texas at Austin Jackson School of Geosciences.

Computational models of the Younger Dryas temperature and precipitation also provided insight into the role of sea ice in Greenland’s abrupt temperature change.

“Sea ice around Greenland acts as a ‘switch,’ causing that region to respond more quickly than the rest of the planet does by insulating the air from heat stored in the deep ocean,” said Yuko Okumura, a UTIG research associate and a co-author on the study.

The study was funded by a grant from the National Science Foundation.