Adaptation and mitigation should go together 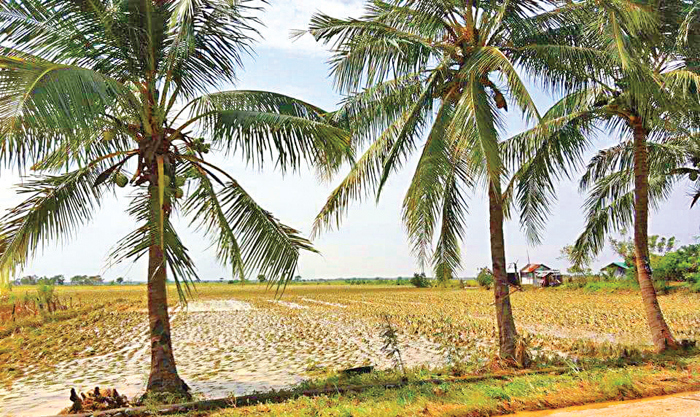 SCIENCE and technology experts have pitched the call for adaptation measures with mitigation co-benefits to better address the impacts of climate change in a scientific meeting held in Manila recently.

Dr. Rodel D. Lasco, chairman of the Task Force on Climate Change of the National Academy of Science and Technology (NAST), said adaptation and mitigation should always go together in combatting climate change.

Lasco, who has served as consultant to national and international organizations on climate change, natural resources and environmental conservation projects in the Philippines and abroad, explained in a news conference that people should learn more about climate change and its impacts so as to better adjust and hurdle challenges brought about by extreme weather events.

“Adaptations are actions that people do to adjust to stimuli, such as rainfall or flooding. Mitigation, in the context of climate change, is more of reducing greenhouse-gas emission,” he explained.

“In the Philippines, our main goal is to adapt to climate change because we are highly vulnerable. But we do not want to shrink away from our commitment to the community of nations, to show our support, through mitigation measures,” he said.

Several papers and studies on climate-change mitigation and adaptation measures were submitted by groups and individual scientists for discussions in this year’s scientific meeting, which Lasco said, hopes to enhance knowledge on climate-change solutions developed in various parts of the country. At the end of the conference, he said participants are expected to come up with resolutions and policy recommendations on how the country could both adapt and mitigate climate change based on various studies and advances in science and technology developed by Filipino scientists.

The NAST also hopes to produce research and development agenda and review current research on climate change in the Philippines, including recommendations for improvement.

The event, an annual gathering of science and technology experts, and academicians, also saw the launching of “Ahon: A Primer on Climate Resilience, Resilience Survive and Thrive” card game, and Oscar M. Lopez Center Call for Proposals and Announcement of the Call for Paper submission for the Climate Disaster and Development Journal. Foreign experts were also invited to share their insights and their country’s experiences on climate change, adaptation and mitigation actions.

According to Dr. Ian Hutchison, director for Operations of Aquatera, a UK-based consultancy firm, there is a big opportunity for various stakeholders to develop marine renewable energy in the Philippines.

He said wave and tidal energy can be developed in lieu of fossil-based energy and maximize benefits for local communities.

The Philippines, he said, should be able to identify the potential opportunities based on its available resources.

“The Philippines should explore clean and renewable-energy opportunities because it has the substantial resources,” he said.

Lyne Moriessete, an ecologist who specializes in marine mammals and ecosystem, said climate change is a complex situation that must be dealt with by the people together. Climate-change adaptation and mitigation measures, she added, should always involve and benefit communities who, in the long run, will have to learn to co-manage ecosystems.

“Academe, the government and industries, should find a way to work together and come up with an integral approach to solving climate-change impacts,” she said.

The government, she said, should work with people and both have to speak the same language.