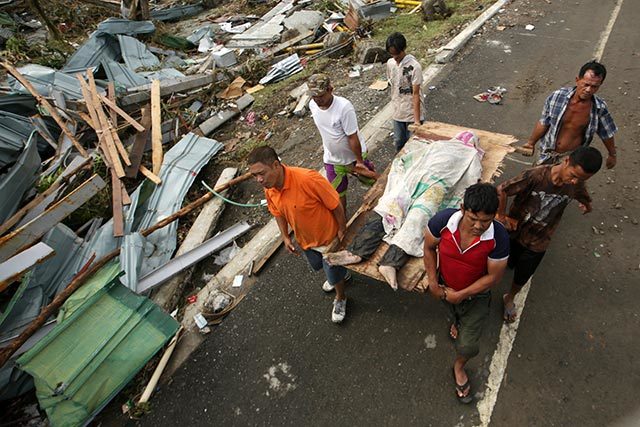 CLIMATE VICTIMS. Victims of vicious typhoons are expected to rise in countries like the Philippines due to climate change, a phenomenon that is producing stronger storms. File photo by Francis Malasig/EPA

A Pew Research Center survey released in July shows that 72% of Filipinos say they are “very concerned” about climate change.

It emerged as the top concern among Filipinos, even beating out concern for tensions with China over the West Philippine Sea. The China issue came in second place, with 56% of Filipinos saying they were very concerned about it.

The same survey also asked about their level of concern for issues like global economic stability, cyber attacks, and terrorist group Islamic State of Iraq and Syria (ISIS).

Climate change turns out to be “the most widespread concern” of all the issues in the survey, according to the Pew Research Center. In 19 out of the 40 countries surveyed, citizens deemed climate change the most worrisome threat.

The Philippines is one of 10 countries most worried about climate change, coming in 6th place. The list is topped by African country Burkina Faso (79%).

The results are not surprising as the Philippines ranks among the countries most exposed to threats of a disrupted climate.

Eight of the 10 most disaster-prone cities are in the Philippines, according to a 2015 study.

The Philippines was also the country that suffered most from climate change in 2013, says another study. 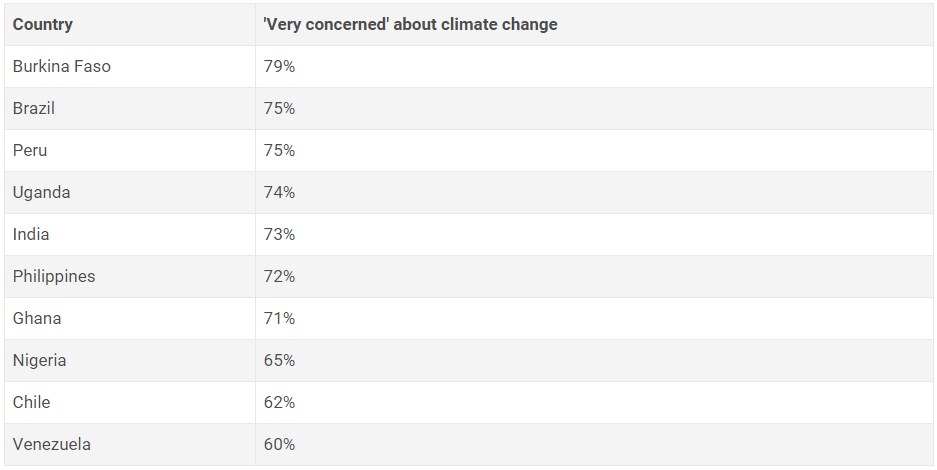 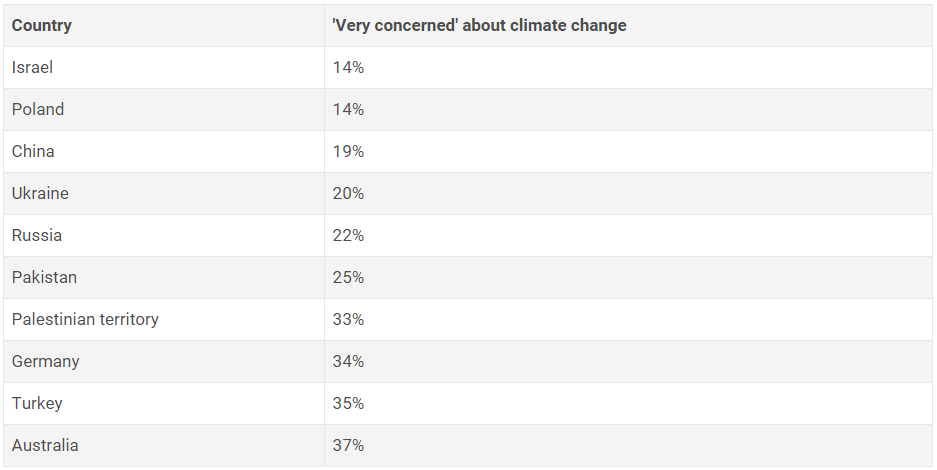 Latin America, Africa and Asia are particularly concerned about climate change, the survey found out.

In Latin America, a median of 61% are very concerned about the issue, the highest statistic for an entire region.

Sub-Saharan Africa comes in second place with a median of 59% saying it is a top concern.

In Asia, a median of 41% said the same. Half of all Asian countries surveyed identified climate change as its biggest concern. In the region, Indians (73%) and Filipinos are the most worried.

The 3 regions are especially vulnerable to the effects of climate change.

Studies by the Inter-governmental Panel on Climate Change show that they will experience the most dramatic rises in temperature.

Such a rise is expected to have disastrous consequences on such crucial sectors as agriculture, fisheries, health, food security, and water security.

Asia is also home to island-states threatened by sea level rise, yet another outcome of unabated climate disruption.

Europe is not as concerned about the phenomenon, the survey showed.

No European country identified climate change as one of its top two concerns. Anxiety in the region is lowest in Poland, with only 14% saying they were very concerned with the issue.

Together with Israel (also 14%), Poland is the country least worried about climate change.

What’s one other country not sweating over global warming? China, apparently, with only 19% of respondents saying climate change is a top concern.

In the United States, climate change is the second least worrisome issue.

Only 42% of American respondents said they were very concerned with the phenomenon. The only issue they are less worried about is the territorial disputes with China (30%).

US, China, and Europe also happen to be the economies seen to have the biggest responsibilities in curbing climate change.

The growth of their economies, powered heavily by fossil fuels, is responsible for most of the carbon emissions which have led to the planet’s warming.

It comes 4 months before the much-awaited United Nations Framework Convention on Climate Change's 21st Conference of Parties (COP21). The conference, to be held in Paris, is expected to produce a global deal through which countries agree on how to curb climate change before it’s too late.

The global goal is to stop the earth’s warming from going over 2 degrees Celsius, the level of warming at which scientists say climate change becomes irreversible and catastrophic. – Rappler.com