Myanmar may face water shortage in this year: a meteorologist 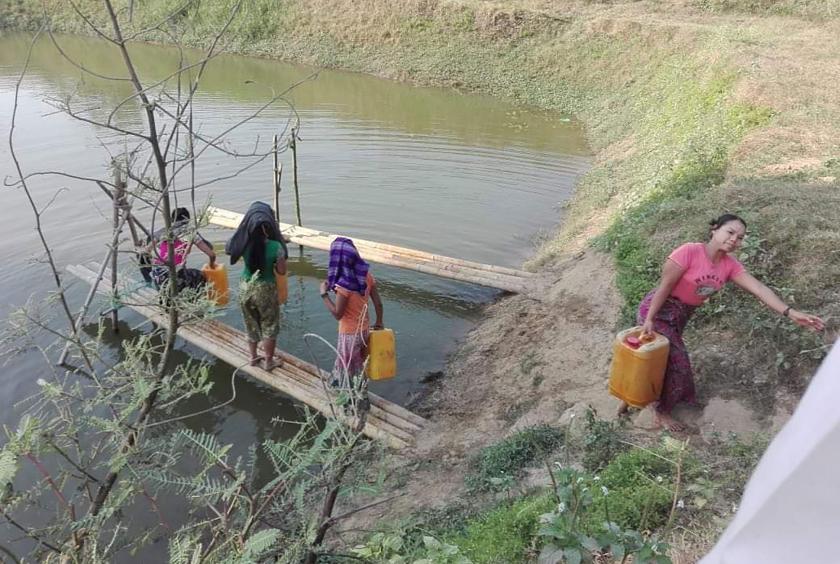 Weather will be hotter than usual in this year and Myanmar may face water shortage due to El Niño and late monsoon arrival, said meteorologist Chit Kyaw.

“El Niño could bring some weather changes in this year and all meteorologists forecasted that the arrival of monsoon will be late. There will be litter rain in early monsoon season. It will kill paddy planted for early monsoon season so the farmers need to save water in the ponds or wells. So the weather will be hot due to late monsoon and El Niño,” he said.

Moreover, scarcity of drinking water will be faced in countries with poor GDPs and low level of technology in a consequence of global warming in addition to El Niño. Drinking water is rare in the time of summer, he said.

“So people are donating water to solve the problem. It will be a short term solution. In the long term, we will try to have a solution to find water resources and how to distribute water in the summer for agriculture and livestock. In doing so, we will resist the changes of weather,” he said.

Ministry of Social Welfare, Relief, and Resettlement, meteorologists and environmentalists held a meeting on April 5 to seek advice and reviews in concerned with natural disasters due to climate changes.

Scarcity of water is a major problem due to El Niño from early March. Disaster management advisory team recommended to build temporary reservoirs, to do to prevent vaporization from the reservoirs, to plant shady trees and to do floating cover in the surface if possible, announced the ministry.

The announcement said the experts advised to build dams with one wall, to build dams with more capacity, to increase the level of embankment, to repair the water pipes in the urban water supply system and to educate people in schools to learn about the value of water.

It said the government will cooperate with civic organizations, Non-governmental organizations and people to carry out programs to educate the public.