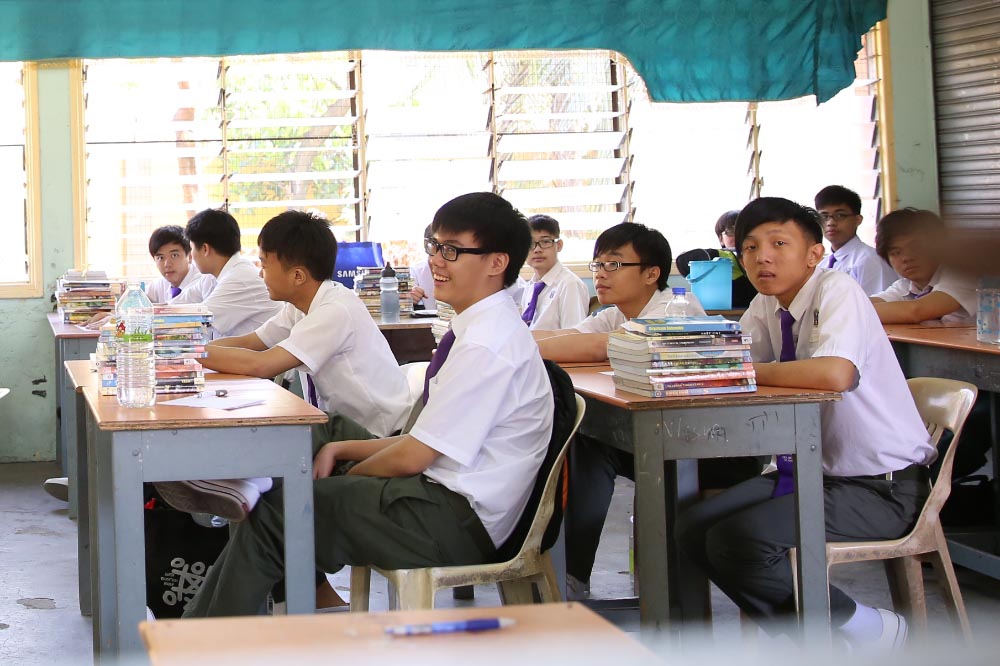 Recent study has found that Malaysian students are motivated to make a difference with 94 per cent of them saying they take some form of individual action to tackle their top issue of concern. — File picture by Saw Siow Feng

Four out of five Malaysian students (79 percent) who responded to the Cambridge Assessment International Education survey revealed that they would like to pursue a career that allows them to make a positive contribution towards solving a pressing global issue.

The study also found that more than three quarters (77 percent) of the respondents said they would consider a potential employer’s attitude towards their most important global issue.

Over 11,000 students around the world aged 13 to 19 took part in Cambridge International’s first-ever Global Perspectives survey and shared their views on global issues, how they learn about them, and how their awareness of these issues might impact their future career choices.

The survey, which was conducted in English and promoted across social media, also found that Malaysian students are motivated to make a difference with 94 percent responding that they take some form of individual action to tackle their top issue of concern.

Their actions included sharing information with family and friends, making changes to their own lifestyle and encouraging others to make lifestyle changes.

Over a quarter (26 percent) of Malaysian students identified climate change as the biggest issue faced by the world today, which aligns with sentiments of students around the globe.

Their concern was also aligned with the sentiments of other participating students from around the world.

Pollution, including plastic waste, ranked second in the poll, with 19 percent of Malaysian pupils identifying it among the major global issues.

Cambridge International regional director (Southeast Asia and Pacific) Ben Schmidt, in a press release, said the results did not come as a surprise, as students were suffering from the effects of global issues such as climate change and pollution.

“In fact, plastic waste floating freely in rivers and frequent occurrence of flash floods are common sights now in many Malaysian cities.

“This is why it is important for our next generation to be armed with the necessary tools and knowledge to combat these issues,” he added.

Schmidt also pointed out that the results in Malaysia show one key insight that Malaysian students were aware of their surroundings and viewed climate change as a big challenge for the world today.

“We are encouraged by this because as educators, we hope to instill the right skillsets that enable them to effectively address these issues, which comes hand-in-hand when pursuing knowledge.”

Around a third of young people surveyed in Malaysia said they did not learn about global issues in school, but almost all (98 percent) felt it was important to learn about them in lessons.

It was also found that charities and organizations were trusted sources of information for students, while two thirds (68 percent) of those surveyed in Malaysia said they believe major issues, like climate change and pollution, will be worse by 2030.

Cambridge International chief executive Christine Özden admitted that the world was constantly evolving with some huge challenges ahead.

She added that it was even more important that students not only engage with key global issues, but develop the skills to research discuss and evaluate the facts and work with others to understand different perspectives around the world.

The survey was conducted leading up to Cambridge Global Perspectives Week, which ran from March 1 to 7.