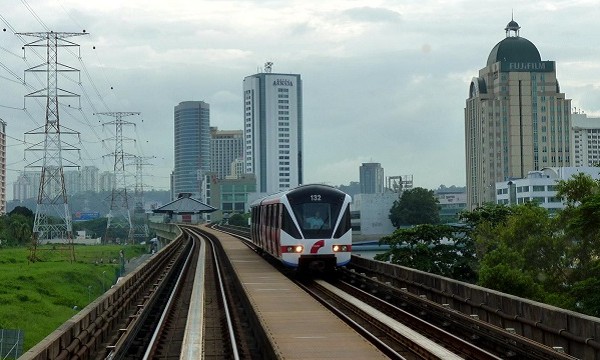 Petaling Jaya is one of top cities around the world recognized for its efforts in combating climate change. — wikipedia pic

PETALING JAYA was announced the first ever winner of Malaysia’s National Earth Hour Capital this year.

PJ, together with Shah Alam (which was awarded the Special Mention category), was among the top 163 cities recognized for their efforts in combating climate change in WWF’s Earth Hour City Challenge (EHCC) 2015.

The announcement was made during the EHCC Award ceremony in South Korea last night.

PJ won the award based on the scale of actions and leadership capacity shown by its City Council to tackle a diverse range of areas; the city’s innovative approaches to ensure public participation were also commended by the panel of international jury.

Shah Alam was recognized for displaying strong efforts within waste, mobility and raising awareness. The city’s budget allocations for the execution of adaptation and mitigation related measures to combat climate change was also highly praised.

The EHCC saw the participation of 163 cities from 16 countries.

Cities were evaluated by their level of ambition and innovation for low carbon development in relation to local circumstances.

WWF worked closely with the Local Governments for Sustainability (ICLEI) in mobilizing cities to join the challenge.

ICLEI provided the use of its carbon Climate Registry (cCR) as the reporting platform for the initiative. The Swedish Postcode Lottery is the main financial partner.

The South Korean city of Seoul was awarded the title of Global Earth Hour Capital 2015. Seoul impressed the jury of international experts with its comprehensive approach to tackling climate change and its determination to ramp up use of renewable energy.

The city’s approach to radically reducing emissions includes actions such as allocating a realistic budget for increasing the use of solar power by residents, reducing transport emissions through greener fuels, and building more bus lanes and car sharing programs.

The judges hailed Seoul as being as a role model for fast-growing cities in a rapidly developing Southeast Asia, as well as for the rest of the world.

An ambitious initiative by the city to reduce greenhouse gas emissions by 10 million tons and to achieve 20% electricity self-reliance by 2020 won high acclaim by the jury.

“There are no limits to the challenges we face in combating climate change and preserving the world’s natural systems and resources. Cities play an important role in setting the world on a sustainable development track powered by renewable energy, and Seoul is an inspiring example of a city that takes this challenge seriously,” says Marco Lambertini, Director General, WWF International.

The city was recognized with a special mention in last year’s challenge and this year succeeds previous winners of the global title Vancouver, Canada and Cape Town, South Africa.

Seoul emerged as the global title holder from a shortlist and final review of the 16 national winners.

As part of the Earth Hour City Challenge, the city of Balikpapan, Indonesia was recognized as the Most Loveable City for 2015.

Balikpapan was one of 47 green city finalists selected through the social media platform We Love Cities; it won the lion’s share of more than 200,000 votes that were sent in.

The We Love Cities campaign engaged citizens around the world to express their love through votes, tweets, Instagram pictures and by submitting suggestions on how their cities can be more sustainable. These suggestions will be shared with the participating cities.