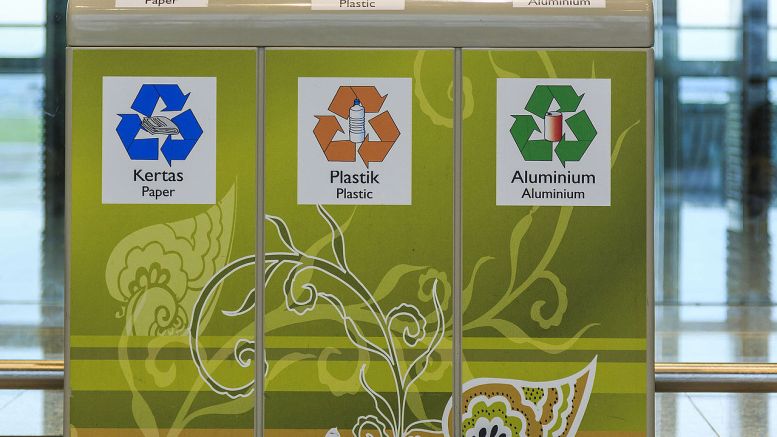 For 40 years, Asia has been a dumping ground for the West’s waste. For decades, most of it ended up in China. But with that no longer an option, countries now send non-recyclable plastic waste to Southeast Asia.

Malaysia’s Energy, Science, Technology, Environment, and Climate Change Minister Yeo Bee Yin declared that enough is enough. “Any solid waste that cannot be properly recycled and does not follow the Environmental Quality Act will be banned,” she said.

Some 90% of the world’s waste is exported, but just 9% of it is recycled. The remainder is either burnt, stored in landfill, or dumped.

China’s ban changed the dynamics of the recycling industry

China introduced a ban on the import of any plastic less than 99.5% pure in January 2018. It had an enormous impact on the global recycling market, which is worth US$200 billion. Countries which exported thousands of tonnes of plastic suddenly had to either find ways of processing plastic themselves or transport it elsewhere.

Many chose the latter, and as a result, countries in Southeast Asia saw massive increases in non-recyclable waste imports. In Indonesia and Vietnam, they doubled. Thailand saw a 13-fold increase. Between January and June 2018, Malaysia imported 754,000 tonnes of waste. 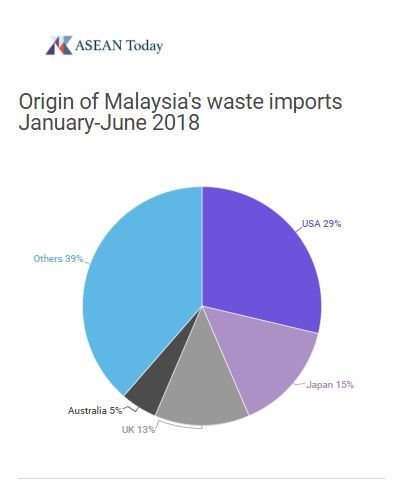 Southeast Asia emerged as a leading destination for waste exports because labor is cheap and environmental standards are less stringent. Facilities sprung up in Indonesia, Malaysia, Thailand, and Vietnam. However, they quickly became overwhelmed by the volume of waste arriving.

Facilities cannot cope. Unable to properly process the waste, much of it is stockpiled, dumped, or burned. That leads to health and environmental problems. “People are more and more worried about how these factories threaten their health, especially their children,” reports the Kuala Langat Environmental Protection Association’s Tan Chen Hin.

How much good will the ban do?

Malaysia’s ban will reduce the amount of waste arriving into its ports. However, the country already has vast amounts of non-recyclable plastic. While the government has shut down 114 facilities, they still hold waste, often close to rivers and farms.

Skeptics believe those operating facilities that the government shuts down will start up again elsewhere, merely moving the problem and not putting the onus on developed nations to tackle their addiction to plastic head-on.

Nevertheless, the ban was necessary and it represents a strong starting point. Pausing the flow of waste into Malaysia gives the country the opportunity to tackle the non-recyclable plastic waste that is already in the country that recycling facilities left behind.

While Malaysia may benefit, the region as a whole may not. Other ASEAN nations still accept imports. They will likely import waste that would otherwise have headed Malaysia’s way.

This will mean that any environmental benefits afforded from Malaysia’s ban will be severely muted. If other ASEAN nations are still accepting non-recyclable waste, it could still create an environmental disaster for the region.

Ideally, ASEAN would formulate a unified approach to eliminating waste imports. It would prevent non-recyclable waste arriving in the region, limit opportunities for waste facility operators, and tighten environmental protections.

In banning the import of non-recyclable plastics, Malaysia has fuelled the international conversation, but it will not be able to make enough of an impact acting alone.

Developed nations can divert their waste exports elsewhere. To really force the problem out from under the carpet, more countries must follow suit, giving developed countries no option but to embrace recyclable materials or invest in domestic waste management solutions.

Yeo urged Western countries to think again about what they are doing with their waste. “It was a good wake-up call,” she claimed. “What the China ban told the world is that we must rethink plastic use globally and we of this generation must solve the problem.”

Hopefully, Malaysia’s actions will prompt others to rethink their policies. Plastic waste is a global issue which needs solving and a conversation will not solve the issue. Unless this conversation leads to action from other ASEAN nations, Malaysia’s ban will be little more than a gesture.