Palm oil has become a key ingredient in everyday goods from biofuels to chocolate, leading to a production boom in the world’s top two growers, Indonesia and Malaysia.

But green groups blame rapid expansion of plantations for laying waste to the jungle that is home to orangutans and other animals, as well as tribespeople’s lands, and sustained environmental campaigns have damaged its image in the West. 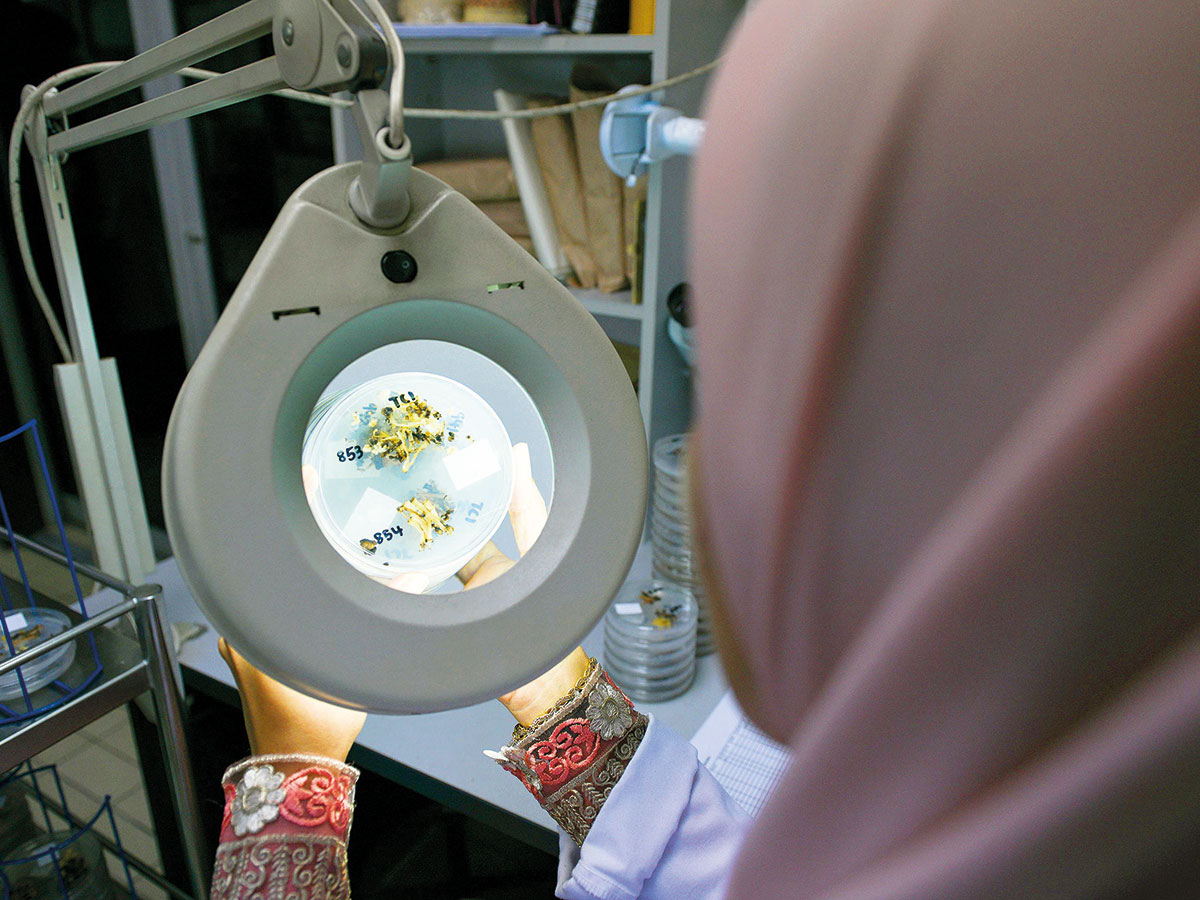 A researcher inspects specimens of the newly created dwarf palm oil tree at the Malaysian Palm Oil Board (MPOB) laboratory in Bangi, on the outskirts of Kuala Lumpur. (Image Credit: AFP)

The adverse publicity, combined with rising stockpiles and sluggish demand from key importers, has led to precipitous falls in prices.

Now the Malaysian Palm Oil Board hopes an initiative to breed smaller trees could go some way to improving industry woes.

“With this smaller variety, we can improve yields, maximize land use and improve palm oil sustainability,” plant scientist Meilina Ong-Abdullah told AFP in the lab in the town of Bangi, as other women in white gowns and facemasks sliced at plants and transferred them into test tubes.

But the plan faces huge challenges, not least the relatively high price of the newly created trees, which may make them too expensive for many of the country’s hard-pressed farmers. 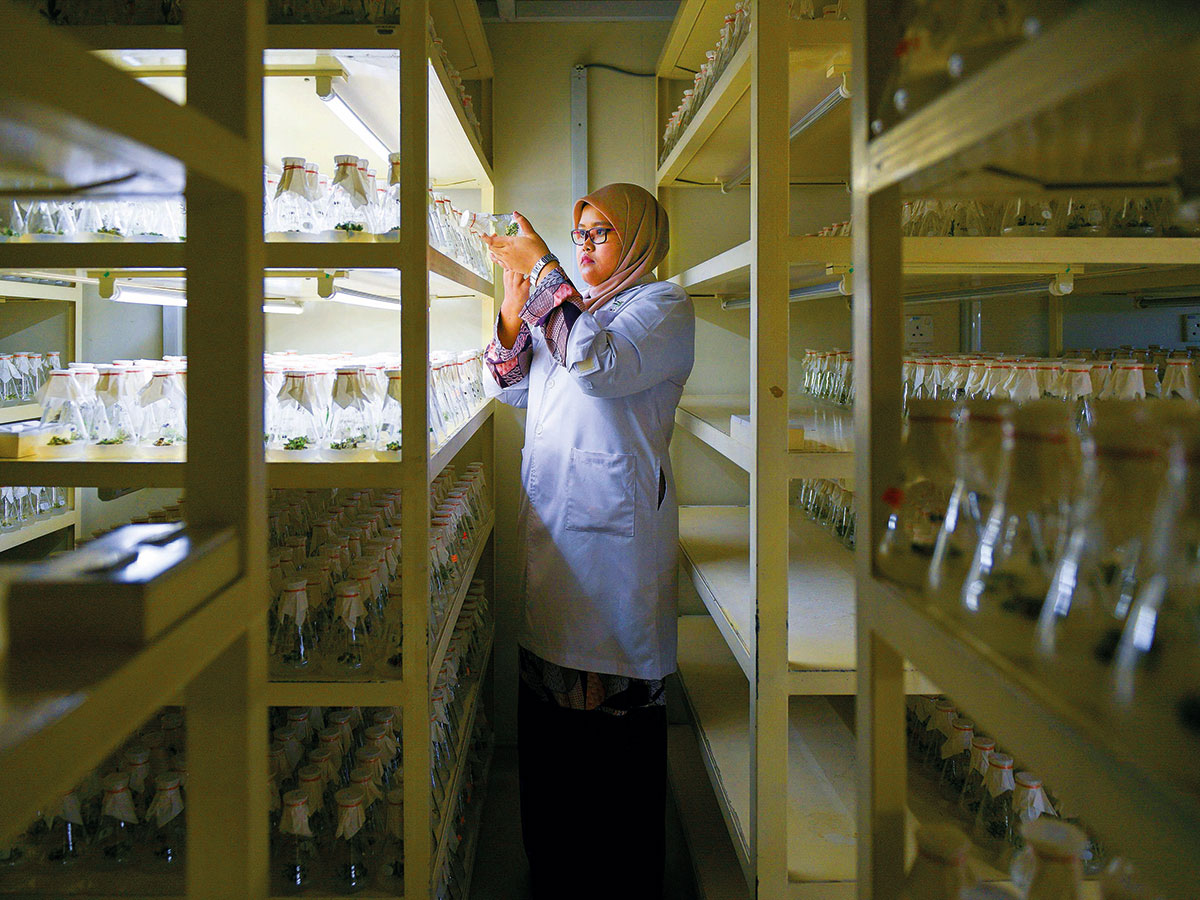 The dwarf trees, which are about 30 percent smaller than regular ones and have shorter fronds, are the fruit of a decades-long research programme by the palm oil board, which is a government agency.

Their small size makes it easier and quicker for the bunches of red berries from which the oil is extracted to be collected, and means fewer workers are needed for harvesting.

A greater number of the trees can be packed into a smaller space, and they produce about 37.5 metric tonnes of palm oil fruit per hectare – twice the current per hectare average. 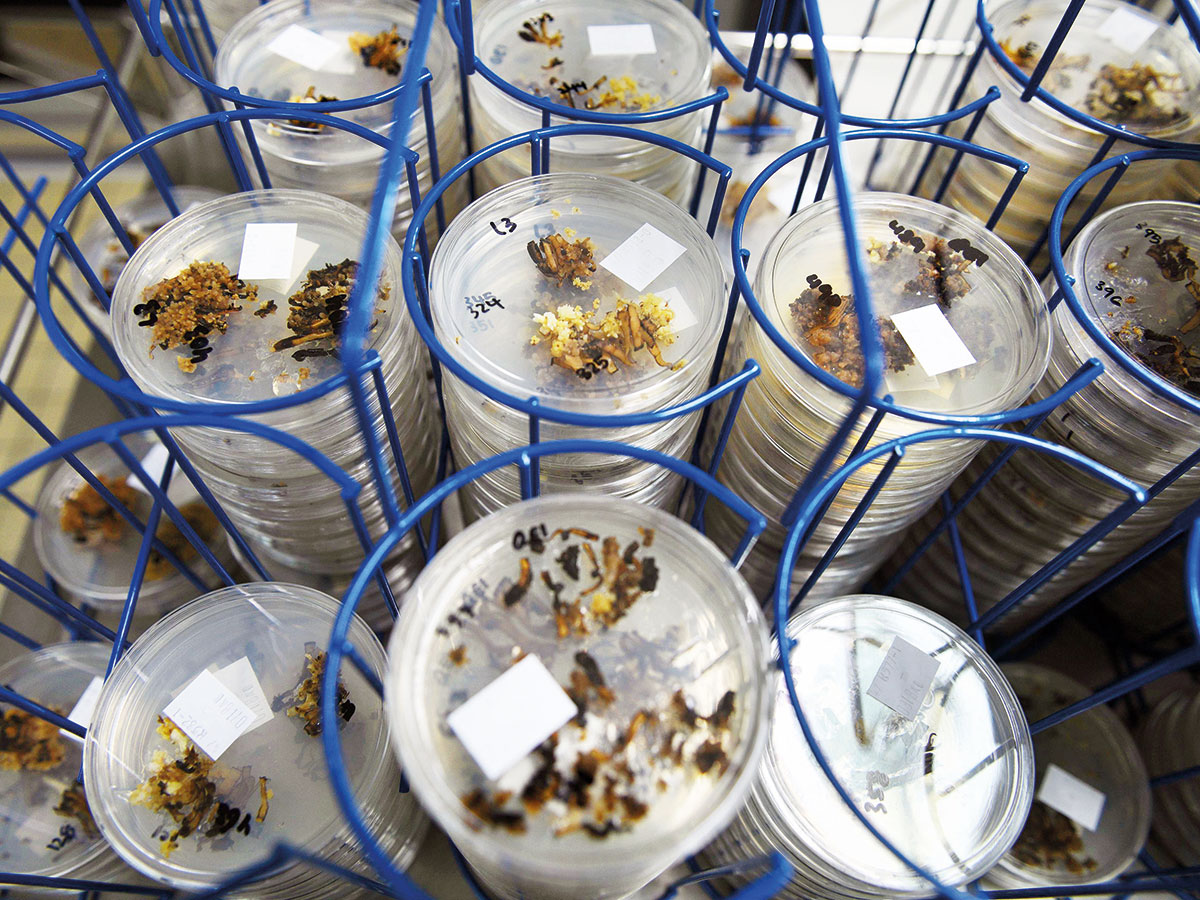 This should mean that less rainforest needs to be logged to cultivate the world’s best-selling vegetable oil, and could make more productive use of land that is being replanted after previous clearances.

The plan may help address the problem of land scarcity for cultivation caused by voracious growth of plantations.

As part of the palm oil board’s breeding programme, the dwarf trees have been planted in several areas, including on an estate in Bukit Lawiang in southern Johor state. The dwarf trees there are about five meters tall, compared to an average of about 7.5 meters for conventional trees in the area.

The dwarf trees went on sale in 2017 but take-up has been slow. At about 30 ringgit (seven dollars) each, the seedlings are around twice the price of conventional varieties.

Mohamad Isa Mansor, who has a five-hectare palm oil plantation, said he wanted to buy them – but the cost was a “killer”.

“Smallholders are poor and sustaining our daily life is a challenge due to depressed prices of crude palm oil,” he told AFP.

He added: “To replant a hectare with the new variety will cost about 6,000 ringgit. Where are we going to find this huge sum of money?”

Nor does the government appear ready to step in and help. Minister Teresa Kok, whose portfolio includes the palm oil sector, told AFP that the cash-strapped government “doesn’t have funds to assist smallholders to do replanting at the moment”.

Using smaller trees is unlikely to be enough to take the sting out of environmental campaigns and growing opposition to palm oil, particularly in Europe.

The latest challenge facing Indonesia and Malaysia is a move by the European Parliament to ban the use of palm oil in biofuels, which industry groups claim would devastate the livelihoods of millions of small farmers.

Environmentalists were positive about the dwarf tree programme but said it needed to be accompanied by efforts to reforest areas already stripped bare for plantations.

“My biggest concern about the palm oil sector is the destruction of biodiversity – there should be no more clearance of forests,” Mohideen Abdul Kader, from Friends of The Earth, told AFP.

“And if possible cleared jungles should be rejuvenated.”