How to Green Malaysian Electricity

Malaysia continues to be one of the biggest greenhouse gas emitters in ASEAN. What can Kuala Lumpur do? 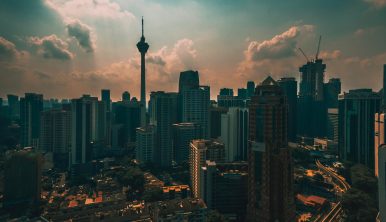 More than two years after a historic agreement was reached in Paris under the United Nations Framework Convention on Climate Change (UNFCCC), Malaysia continues to be one of the biggest greenhouse gas emitters among the members of the Association of Southeast Asian Nations (ASEAN). With an average of 7.7 metric tons of CO2 emissions per capita, Malaysia is, in fact, second only to Brunei Darussalam in this measure, which itself emits 22.9 metric tons of CO2 per capita. If Malaysia is to meet its international commitments, a lot of work must be done to reduce the carbon intensity of the country’s industry.

There are a number of policies and initiatives, however, which the Malaysian government could introduce to bring its emissions down to levels more comparable to the rest of ASEAN. A peer review was recently conducted under the auspices of Asia-Pacific Economic Cooperation (APEC) on the Malaysian government’s energy efficiency initiatives, which commended these efforts. But it is Malaysia’s energy mix, or lack thereof, that causes most concern. According to the most recent data, only 7 percent of Malaysia’s electricity generation capacity comes from renewable resources, 4 percent of which comes from biomass while 3 percent is derived from hydroelectricity. Much of Malaysia’s total electricity generation comes from fuel oil and diesel (40 percent), natural gas (36 percent), and coal (17 percent).

In order to diversify this energy mix, it is worthwhile for Malaysian policymakers to consider the introduction of a “reverse auction mechanism.” According to Bloomberg’s Clean Energy Group, there is plenty of financing available in ASEAN member states for early stage, high-risk/high-return technologies in the form of venture capital. There is also financing available for late stage, low-risk/low-return technologies through grant programs issued by the respective ASEAN member state governments. But those technologies which fall somewhere in between, which have advanced beyond the laboratory but still require expensive field testing to be commercialized, are unaccounted for in this usual approach to financing. As such, these technologies find themselves in what is often called “the valley of death.”

Reverse auction mechanisms, which have been successfully implemented in some European and North American jurisdictions, help to bridge that gap. Under such a system, the developers of emerging technologies regarded as holding substantial promise are invited to bid for a fixed-price contract under a pre-established utility-level program cap. Those developers offering to sell their electricity at the lowest cost within a targeted energy grouping are then awarded a contract, potentially at above-market rates. This plan takes its inspiration from the feed-in-tariffs employed elsewhere but with one important distinction: under a reverse auction mechanism, it is the market participants and not policymakers that take the lead in setting prices.Government remains mainly a facilitator.

The results of this bidding process are telling, particularly in the small emerging economies of Estonia and Latvia. Due to the success of small-scale renewable energy projects, Baltic consumers have become increasingly comfortable with the idea of receiving their electricity from wind farms and other unconventional resources. As such, Estonia set out to raise renewable resources’ share of the total energy mix from 6.0 percent in 2009 to 25 percent by 2020, but it already exceeded this target in 2012, with renewable energy accounting for 25.2 percent of total generation capacity that year.

Malaysia’s domestic electricity generation is almost ten times that of Estonia, so adapting policies like Estonia’s reverse auction mechanism should not be regarded as a silver bullet or as something which could induce a 5-10 year transformation of Malaysia’s electricity market. But the pursuit of such an ambitious model in the long-term could see Malaysia slash its carbon emissions by a significant margin while contributing to a boom at home in the wind, solar or biomass industries.