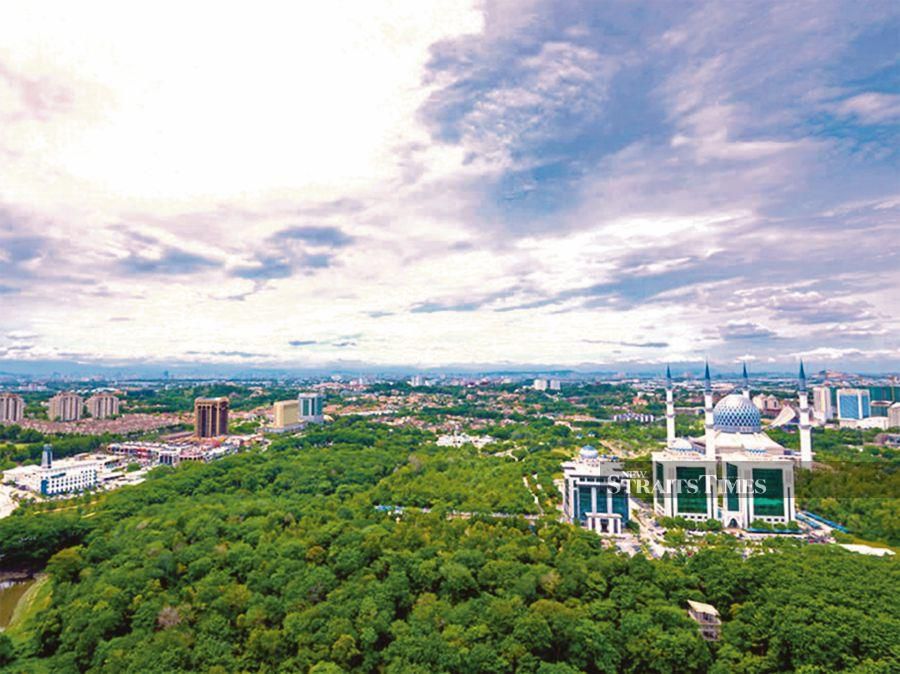 The Shah Alam City Council which aims to achieve its goal of being a low carbon city by 2030 reflects Malaysia’s stance in advocating and promoting sustainable development. FILE PIC

MALAYSIA’S new economic development blueprint, Shared Prosperity 2030, could potentially herald a new era for the nation, one that is centered on widespread sustainable development activities that reach out and empower the masses and has the real potential to create fair and just prosperity, uplifting millions of Malaysians left behind.

With Prime Minister Tun Dr Mahathir Mohamad in his speech at the 74th United Nations General Assembly criticising unfair capitalist practices and calling for a strong reform of the UN and proposing that “instead of preparing for war, we should be paying attention to the climate changes and accompanying natural disasters”, Malaysia can be a frontrunner to advocate and promote sustainable development.

The past week in New York was packed with events and new initiatives primarily focused on climate change and sustainable development goals or SDGs but we should not forget that actually the UN, besides the so talked Climate Action Summit and the SDG Summit, also devoted attention on other key issues like universal health coverage, finance for development and sustainability of small island developing nations.

Indeed, only in the past week in New York, an incredible variety of new initiatives were launched with countries, civil society-based organizations and corporates taking the lead, often in partnership with each other.

For example, a number of major industrialized nations like Germany and New Zealand were committed to carbon neutrality by 2050, a pledge also matched by Canadian Prime Minister Justin Trudeau in the mid of his reelection campaign.

We will see what will happen because as bold as these announcements might look, you might be surprised that, for example, former New Zealand prime minister Helen Clarke had made a similar promise to be carbon neutral by 2020 and that was in 2001!

Chile, the country that will host the upcoming United Nations Climate Change Conference, was at the forefront of a new alliance, Climate Ambition Alliance, that brings together nations, regions, cities and corporations ready to step up their national emissions and adaption plans.

Developed or mid-size countries are taking the lead as well as small island nations ambitiously featuring themselves at the top of the debate. It might be a matter of sheer survival for them but it is extremely encouraging that, for example, the Marshall Islands led a coalition of 15 world leaders to come up with new emissions reduction strategies.

Even a country highly indebted and deprived of natural resources like Greece has committed to green growth through a circular economy.

For Dr Mahathir, there was little else that Malaysia could promote, initiate or showcase.

While it is true and commendable that Malaysia’s forest cover is now 55.3 percent, exceeding the pledge made back in 1992 at the Rio Earth Summit, the international community expected more from Malaysia, especially in ways to advance science and wellbeing through sustainability-led development.

Malaysia could have showcased the creativity of many initiatives at the grassroots levels being promoted in the country with universities playing an important role but the country needs a strong playmaker, a role that can be taken by the Prime Minister's Department.

The no-show could perhaps be understood by the brutal honesty shown by the prime minister in his intervention at the SDG Summit when he said: “Malaysia will try its best to achieve the sustainable goals, although we need to do certain things which may cause a lot of problems for the environment.

Will the Prime Minister's Department and the Shared Prosperity 2030 be able to unequivocally show that another way is possible?

Unfortunately to truly fight global emissions, the rising seas and strive for long term sustainable and equitable development, Malaysia should truly come up with a total turn around, a new sustainable new economic model, unleashing the innovations of science and technology to spur a new green deal that could be an example for the entire region.

We should start with the small actions of its citizens.

Perhaps some of the ways forward could come from the second High Level Local and Regional Governments Forum on 2030 themed “Connecting global ambition and local action”.

This is a forum that could provide the best answer to encourage towns and local governments from around the world to become the catalyst for change in the fight for more sustainable development.

Venice City Solutions Series, one of the follow-up initiatives of such forums, will be focused on finding ways on how the SDGs can help create a new sense of citizenship and how local governments can rope their citizens on-board to contribute to the SDG decision-making and implementation.

The government, through its Shared Prosperity 2030 blueprint, should be the engine of localized sustainable development, designing new initiatives that bring together local governments, learning institutions, civil society and businesses to harness a new wave of commitments towards a more sustainable nation and region.

While top-level commitment is key, we need to involve and engage with grassroots level initiatives and do whatever possible to nurture them.

This is the Shared Prosperity 2030 strategy which we should aim to achieve.