Activists, technical experts, and officials from other Mekong Basin countries have recently spoken out against plans to construct a mainstream dam at Pak Beng.

A damning review of plans for the controversial Pak Beng hydropower dam on the Mekong River in Laos was released this week by US-based advocacy group International Rivers, adding weight to calls for the project to be halted until new impact assessment studies are completed.

The report follows recent criticisms of the dam by a coalition of NGOs in the region, and from experts and officials in Vietnam, which lies downstream from the proposed dam.

The Pak Beng Dam would be the third to be built on the mainstream of the Mekong River outside of China and one of nine Mekong mainstream projects planned for Laos, where the government is on a dam-building spree it says will help address poverty in the country.

Scientists, environmentalists, local communities and regional governments have for years been warning that the pace and degree of development of hydropower in the Mekong basin is causing grave problems and risks the livelihood of around 60 million people who depend on the river system. 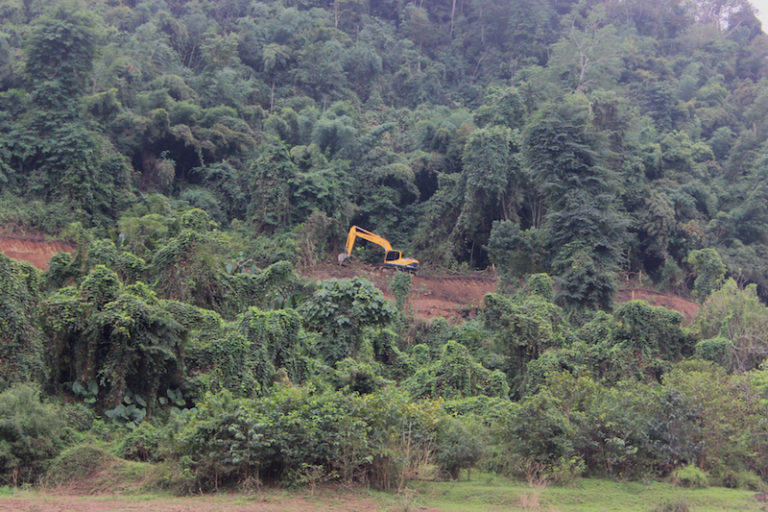 The review released Monday, which was written by independent experts engaged by International Rivers, found the developer’s documents contain “critical shortcomings” and are “insufficient to meaningfully evaluate the project’s environmental and social impacts.”

High among their concerns is what they identified as a failure by dam-builders and governments to consider the interconnectedness of the ecology of the entire Mekong Basin and the cumulative nature of development impacts on it.

“Decision-making, preparatory work and signing of project agreements for the Pak Beng Dam must be suspended until there is adequate information to properly evaluate the project’s impacts in the context of the Mekong River Basin,” the report said.

Reviewers also criticized the developers for using what the report described as inadequate and outdated data, including on hydrology and fish species; insufficient assessment of environmental and social impacts both up and downstream of the dam; and reliance on unproven, sometimes discredited mitigation solutions, such as their fish passage and livelihood adaptation programs.

They also pointed to a lack of consultation about the dam with affected communities in Laos and an “absence of meaningful public participation” in studies of the project’s effects on neighboring countries. The reviewers also criticized the developers for dedicating just $2 million of the projects $2.3 billion budget to supporting livelihood restoration for affected people.

The recent report follows a May statement from Save the Mekong, a grassroots coalition of NGOs and activists in the region, voicing concern that transboundary and cumulative considerations were being overlooked and calling for the process to be delayed.

A scathing assessment of the Pak Beng documents was also expressed last month at a Vietnam National Mekong Committee conference in the Mekong Delta city of Can Tho.

“Laos should take additional time for consultation and temporarily delay the construction plan for Pak Beng Dam because all the environmental impact figures of the project are very backward, insufficient and fail to follow international standards,” the deputy head of the Can Tho University Climate Change Research Institute was quoted as saying.

Vietnam’s Minister of Natural Resources and Environment, Tran Hong Ha, who is the chairman of the Vietnam Mekong River Commission, said Vietnam was “seriously worried” about increased upstream dam-building given its recent experiences of severe drought, saline intrusion and land subsidence.

“Vietnam wants all upstream Mekong River nations to adopt proper policies in exploiting the river, especially in hydropower dam construction, in order to ensure rights for downstream nations,” he said in his opening speech at the event, according to VietNamNet.

Technical reviews of the Pak Beng documents released by the Mekong River Commission at the second regional stakeholder forum on the Pak Beng dam in early May contained similarly negative evaluations of the project details (pdf).

“The [Pak Beng hydropower project], if designed and operated as outlined in the documents submitted will impact on fish passage, downstream sediment transport, and aquatic habitats,” the draft technical review report summary said. “These may have knock on impacts on the people and economy of the [Lower Mekong Basin]. Populations of the critically endangered Mekong Giant Catfish, already under pressure from past development, will decline, and there is a considerable risk of extinction. Due to the interconnected nature of the shared ecosystem, these impacts are likely to be transboundary in nature.”

But while the MRC reviews highlighted numerous critical issues and inadequacies in planning and assessment, the Commission said the documents submitted are early stage ones, the dam’s design is “ongoing” and the developers may already be addressing many of the problems identified.

The MRC regularly defends itself from claims it is failing to protect the Mekong River basin from inappropriate development by pointing out that it is not a regulatory body but rather “a platform for water diplomacy and regional cooperation” and “a regional knowledge hub on water resources management.”

Its secretariat told Mongabay that stopping the Pak Beng dam from going ahead was “beyond MRC’s mandate” but that member countries would consider the Commission’s technical reviews of the project at a special MRC Joint Committee meeting on June 19.