Smoke from Indonesia’s fires begins to drift into Malaysia

The number of Indonesian fires and hotspots in the 2016 dry season has so far been lower than last year.

The director of law enforcement at Indonesia’s environment ministry said the ministry accepted the unpopular decision by Riau Police to close the pending cases on the 15 companies under investigation.

Kalyana Sundram from the Malaysian Palm Oil Council (MPOC) said companies liable for fires in Malaysia would have licenses immediately revoked by the central government.

Air quality in Indonesia and peninsular Malaysia declined this week as prevailing southwesterly winds continued to blow smog over the water that separates the two countries.

“Smoke from forest fires and peat in Riau has already crossed the Malacca Strait,” Indonesia’s disaster management agency chief Sutopo Purwo Nugroho said on Wednesday. “It’s still only a little but it should be addressed immediately.”

Data from Malaysia’s Department of Environment showed air quality in Shah Alam, a city near Kuala Lumpur in Selangor state, declined to 85 on Wednesday. A level above 100 is classified as unhealthy. Only one of five areas in Singapore monitored by the city state’s National Environment Agency showed air quality in the “Moderate” range. The 24-hour Pollutant Standards Index was in the “Good” range on August 7.

The number of fires and hotspots in the 2016 dry season has been lower than last year, when the extended drought wrought by an El Niño weather event deprived the region of the rain needed to suppress Indonesia’s annual fires. Prolonged periods with no rain have led to spikes in hotspots in recent months, including the last week. 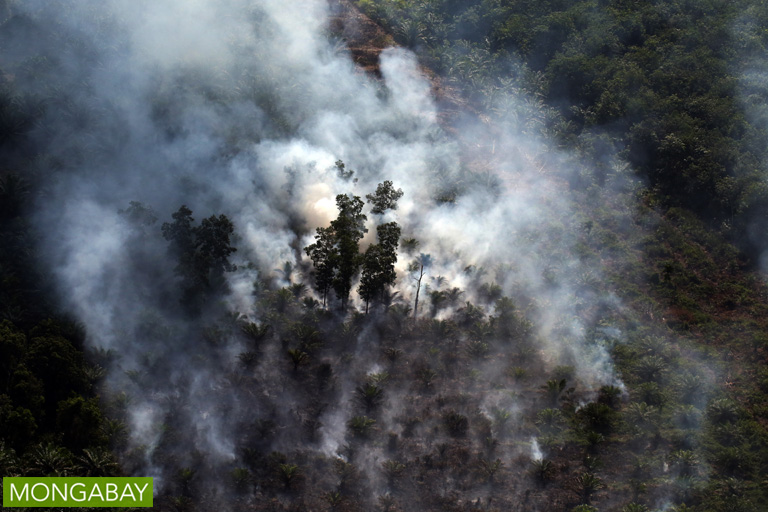 President Joko “Jokowi” Widodo has promised to tackle the annual scourge of fires. Earlier this year the president established a new agency tasked with restoring vast tracts of Indonesia’s peatlands. Conservationists caution it is too soon to judge the peatland restoration agency. The primary determinant of success will be a reduction in marshland fires but no meaningful year-on-year comparison can be made in the year following an El Niño.

The peatland agency’s coordinator in South Sumatra told Mongabay the province had experienced a fraction of the fire damage so far this year compared with 2015.

“In this dry season we’ve had peat burning only in the tens of hectares,” said Najib Asmani. “Hopefully this can be reinforced.” 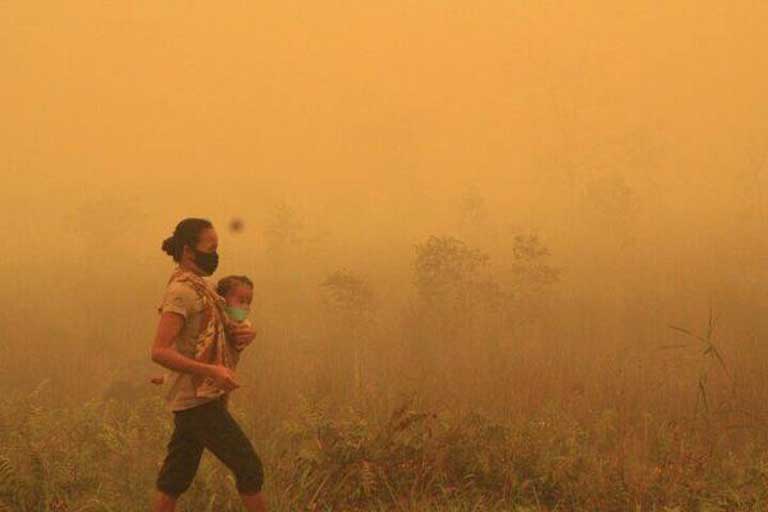 Indonesia on fire, October 16, 2015. The fires there were blamed on a record El Niño drought that was intensified by climate change, along with forest clearance for industrial agriculture. This image, posted to Twitter, purports to show the smoke-choked city of Palangkaraya on the island of Borneo..

South Sumatra is one of three priority provinces in the agency’s battle to restore 2 million hectares of peat by 2020. The province’s governor, Alex Noerdin, who has recently returned from an international forestry summit in Brunei, said he had asked the police to take a firm stance against South Sumatrans complicit in the fires.

Concerns remain that Indonesian police lack capacity and commitment to adequately enforce the law against people complicit in fires. In July police in Riau province cancelled investigations against 15 companies alleged to be complicit in fires. On August 10 the Indonesian Forum for the Environment (Walhi), a national NGO, staged a small protest in provincial capital Pekanbaru calling for the chief of the Riau Police to resign.

Companies can face devastating financial penalties if an investigation leads to a successful prosecution. On August 11 a Jakarta court ordered a unit of plantation firm Sampoerna Agro to pay a record $82 million fine after it was found liable for fires on a 3,000-hectare concession in Riau in 2014.

The director of law enforcement at Indonesia’s environment ministry said the ministry accepted the unpopular decision by Riau Police to close the pending cases on the 15 companies under investigation. Rasio Ridho Sani told the Republika newspaper the ministry accepted the police position, that the blurred lines demarcating concessions meant police were unable to proceed to a prosecution.

Jokowi has made stopping the fires a visible pledge and he will face pressure to deliver significant results before a bid for re-election in 2019. At a peatland conference this week in Sarawak, Malaysia, Kalyana Sundram from the Malaysian Palm Oil Council (MPOC) said companies liable for fires in Malaysia would have licenses immediately revoked by the central government. Concerns remain, however, over local police commitment to enforcing the law in highly decentralized Indonesia. 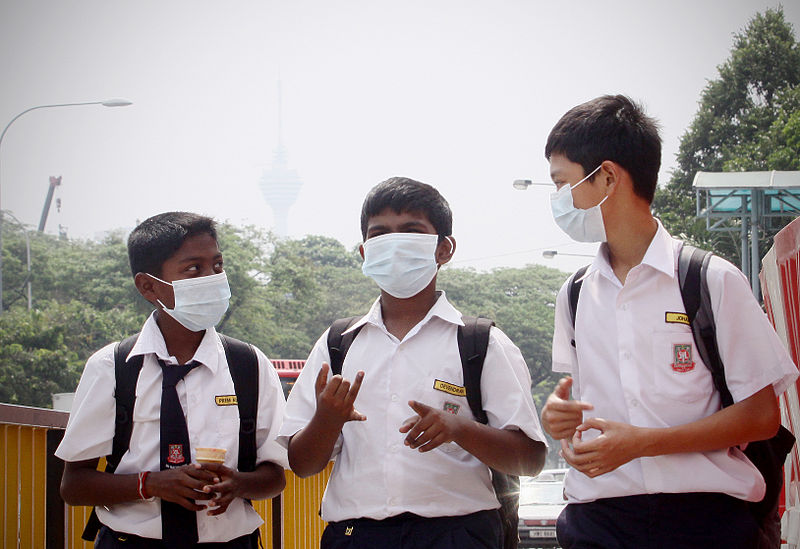 Politicians and civil servants from the 10-country Association of Southeast Asian Nations (ASEAN) met for the first time last week to adopt a roadmap optimistically aimed at eliminating haze pollution altogether by 2020. Most observers say the eye-catching pledge is essentially impossible to achieve, given the complex economic, political and social factors on the ground in Indonesia.

“I think if everyone sets out [to do] what they want to do, and if there’s political will and the enforcement of the national laws that will prevent those things from happening, I’m very certain this will be achieved,” said Singapore’s new environment minister, Masagos Zulkifli.

Indonesian environment minister Siti Nurbaya Bakar did not attend the ASEAN haze summit for the second year-running. The minister also cancelled an appearance at a forestry summit in Brunei in early August.

Malaysian environment minister Wan Junaidi said achieving a meaningful reduction in haze would largely depend on progress on the ground in Indonesia.

“That’s still a foreign country and we have to deal with them and we must respect our neighbor’s sovereignty,” Wan Junaidi said. “We cannot assume that because the agreement already exists and we want to set up certain things, that we [can] do it whatever way we want to. We can’t.”