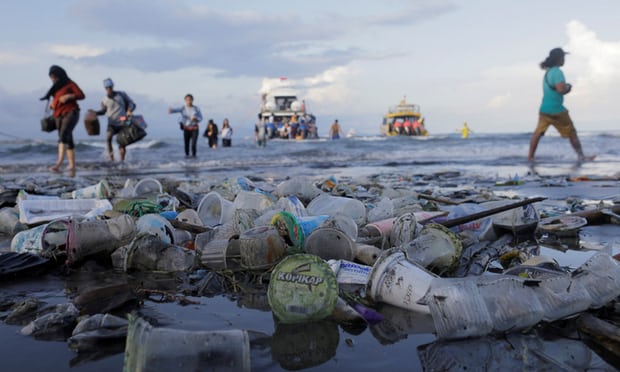 Indonesia, one of the world’s biggest marine polluters, has decided to get religious – literally – about reducing plastic waste.

The government has announced it will join forces with the country’s two largest Islamic organizations, Nahdlatul Ulama (NU) and Muhammadiyah, using their extensive networks across the world’s largest Muslim-majority nation to encourage consumers to reduce plastic waste and reuse their plastic bags.

Together the two Islamic institutions have more than 100 million followers.

As part of the initiative, religious leaders will visit prayer groups across the country to preach about the importance of reducing plastic waste, explain how plastic waste can worsen the severity of natural disasters such as floods and landslides, and encourage consumers to switch to traditional bags, made from materials such as rattan and bamboo.

“We have local wisdom about these things in Indonesia,” Fitri Aryani, from NU’s disaster mitigation and climate change agency, told the Guardian, “In the past, we had more environmentally friendly practices and used traditional bags. We want people to return to that, to the times of their grandmothers when people would go out and not use so much plastic.”

Environmental awareness and recycling programs, including teaching students how to make “eco-bricks” from discarded plastic, which have been run in several NU Islamic boarding schools in East Java for the past two years, will now be rolled out to the organization’s wider networks.

Globally, Indonesia is the second-largest contributor to marine plastic waste after China.

Indonesia currently uses a whopping 9.8bn plastic bags per year, many of which end up in the country’s rivers and oceans, according to data from the Indonesian environment and forestry ministry. 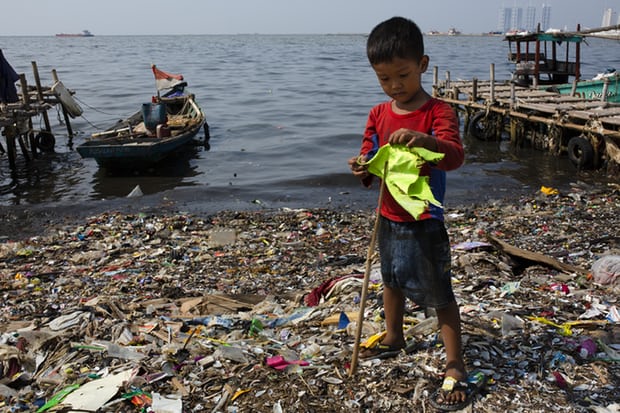 A boy plays with a makeshift flagpole on a beach covered in plastic waste in Indonesia. Photograph: Ed Wray/Getty Images

Indonesia has committed to cut its plastic waste by 70% by 2025.

The religious sermons are broadcast online once a month and use Islamic principles to promote sustainable consumption and environmental awareness.

Levels of awareness about recycling and the environmental damage wreaked by plastic are low in Indonesia, where plastic packaging is ubiquitous, and the practice of burning plastic waste is common.

A shocking video filmed earlier this year that showed a diver off Bali swimming through a deluge of rubbish caught the attention of the government and has since been cited by the environment minister.

“These are the two biggest Islamic organizations in Indonesia, and they have structures that go down to the village level so this initiative to reduce plastic bag waste will impact all their members,” said Ratnawati, “That is tens of millions of people throughout Indonesia.”