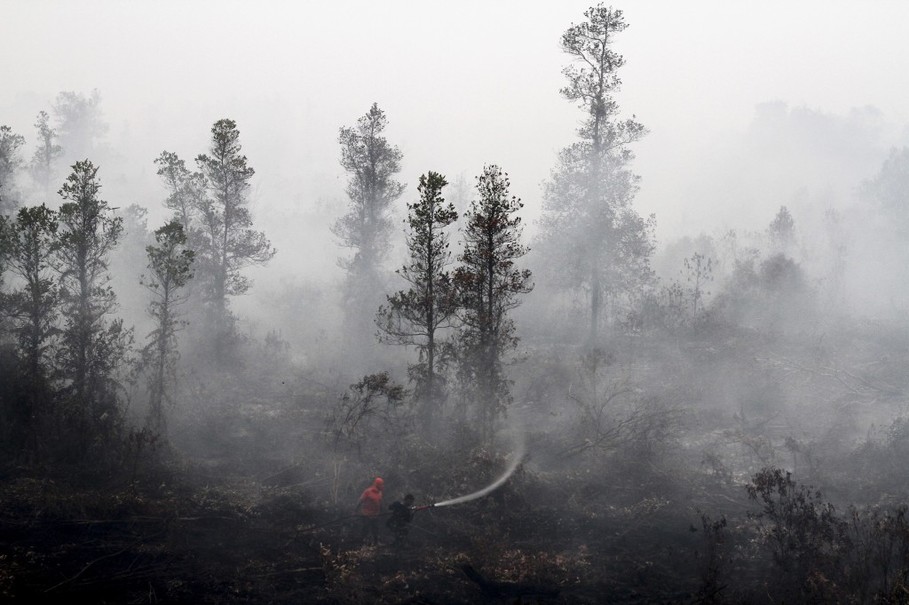 Jakarta. Indonesia's Peatlands Restoration Agency, or BRG, on Tuesday (07/11) showcased the progress it has made in restoring the country's peatlands at the 23rd session of the Conference of the Parties to the UN Framework Convention on Climate Change, or UNFCCC COP 23, in Bonn, Germany.

The Indonesian government has made a commitment to reduce emissions by 29 percent and up to 41 percent by 2030 with support from other countries.

Restoring its peatland ecosystems makes up a good part of that target.

Budi Satyawan Wardhana, planning and cooperation deputy at BRG, said in his presentation at the UN Summit that his agency will restore around 2.5 million hectares of degraded peatlands ecosystem, including the 875,000 hectares of peatlands burnt by fires in 2015.

Budi said Indonesia has amended its peatlands regulation as detailed in a 2017 presidential decree that declared a moratorium on the use of peatlands and primary natural forests.

He added the moratorium has been extended three times since it was first released in 2011.

"Monitoring the moratorium is crucial, because of the vast size of protected peatlands," Budi said in a statement on Tuesday.

He said there are at least 1.4 million hectares of peatland located in forest concession areas — mostly owned by palm oil and pulp and paper companies.

Budi said BRG has already restored at least 225,000 hectares of peatlands located in conservation areas that have been burned and converted to farmlands.

According to Budi, BRG’s goals are already in line with the goals of the Global Peatland Initiative — an international campaign run by experts and relevant institutions — to save the world's remaining peatlands from degradation.