Indonesia is known to be one of the largest archipelagic nation in the world with over 17,000 islands but coastal areas have been threatened by rising sea levels with a majority of the small islands only one meter above sea level, and deforestation, reclamation and climate change continue to take place. At the coasts of Java island, over 250 households were displaced at Bedono village in Demak due to erosion over the past 20 years, and the ocean engulfs the fishing village. Villagers in Bedono witnessed the disappearance of mangrove forests and fishponds and households are cut off from land as bridges sink below sea level forcing the residents to get around by boat. According to reports, it's predicted that at least 2,000 islands could be lost by the year 2030 due to rising sea levels while 52 percent of Indonesia's 3.49 million hectares of mangrove forests are damaged, with a decline of about 200,000 hectares each year, based on the Ministry of Environment and Forestry. 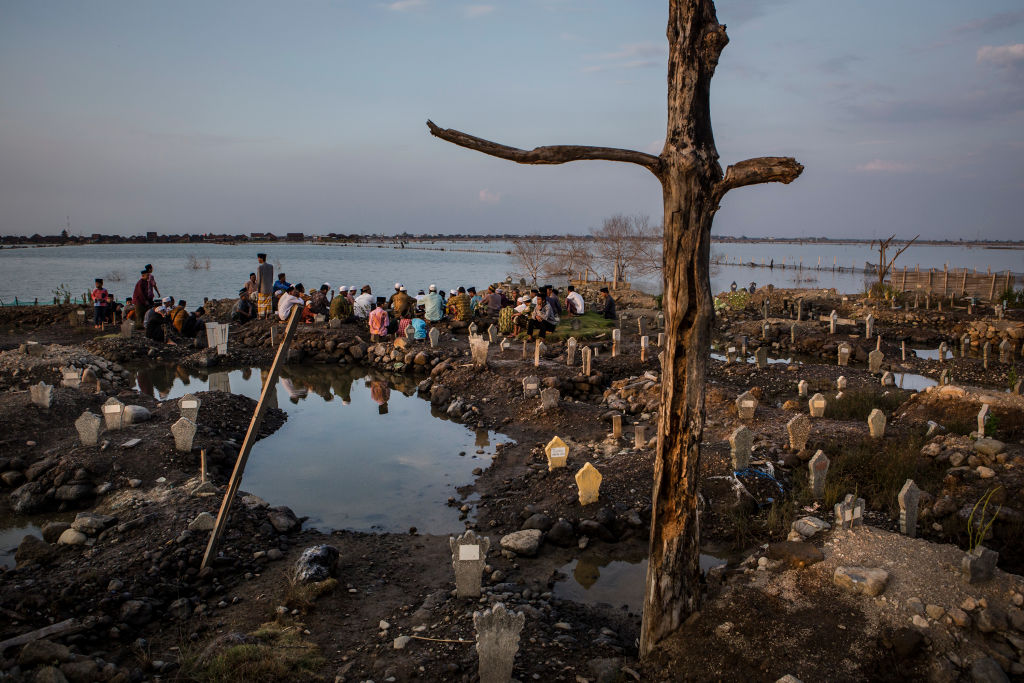 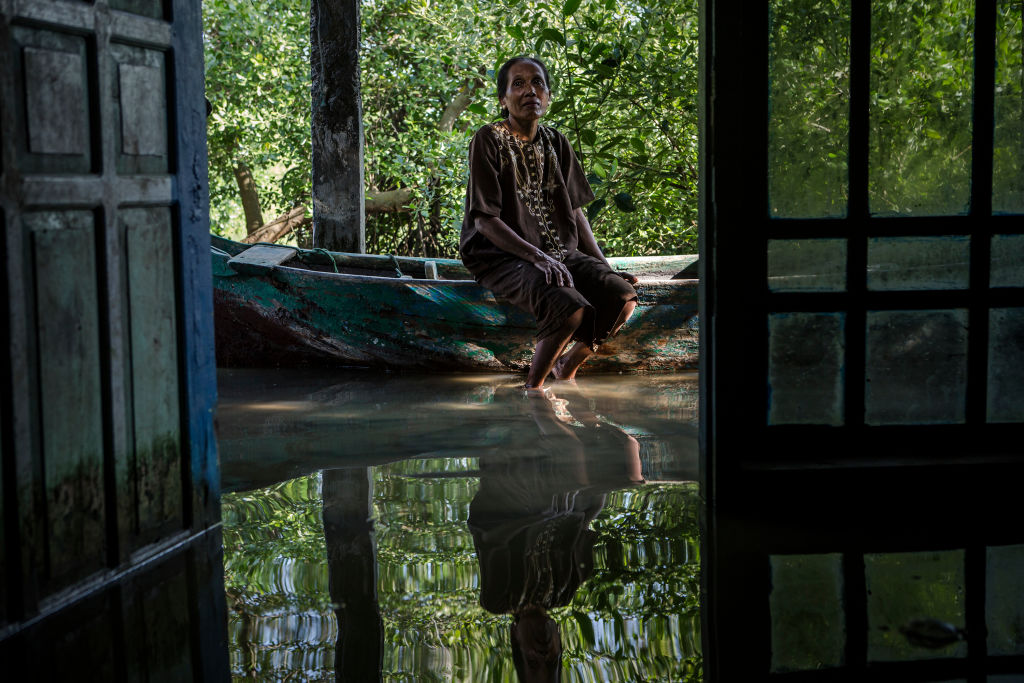 Pasijah (45), sits inside her house submerged by rising sea levels at Bedono village, Indonesia. Pasijah, with her family has been twelve years living in her flooded home, she can not leave her house because she has no money to move to another place. 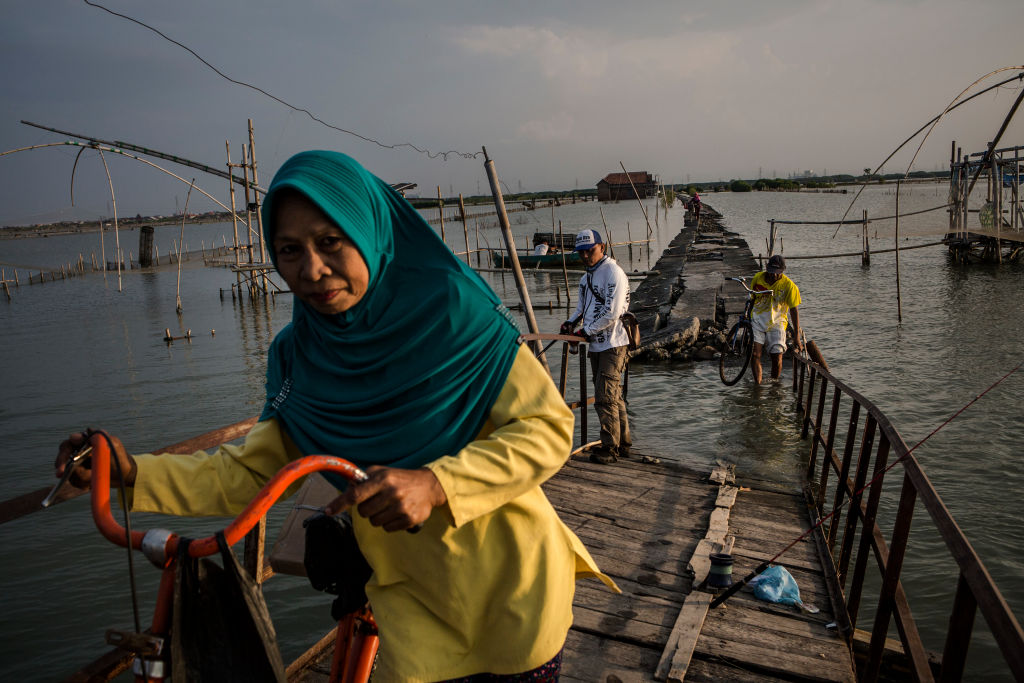 Villagers cross the bridge at the land which has been sinking below sea level at Bedono village, Indonesia. 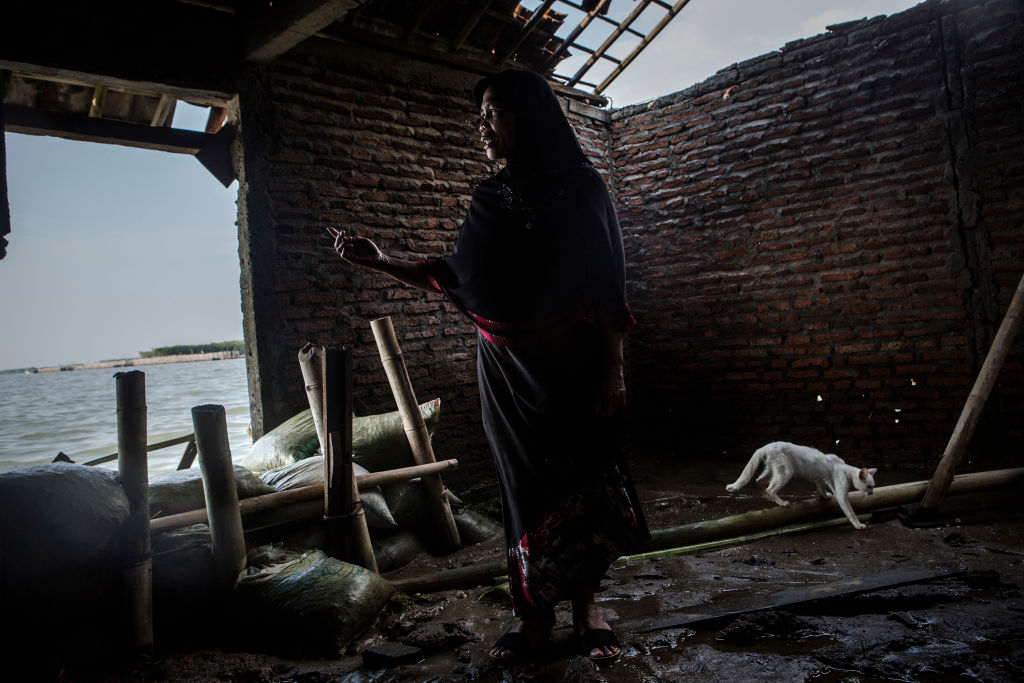 Karimah (52), showing her destroyed house from rising sea levels at Bedono village, Indonesia. Karimah, has been twenty-seven years living in her flooded home, she can not leave her house because she has no money to move to another place. 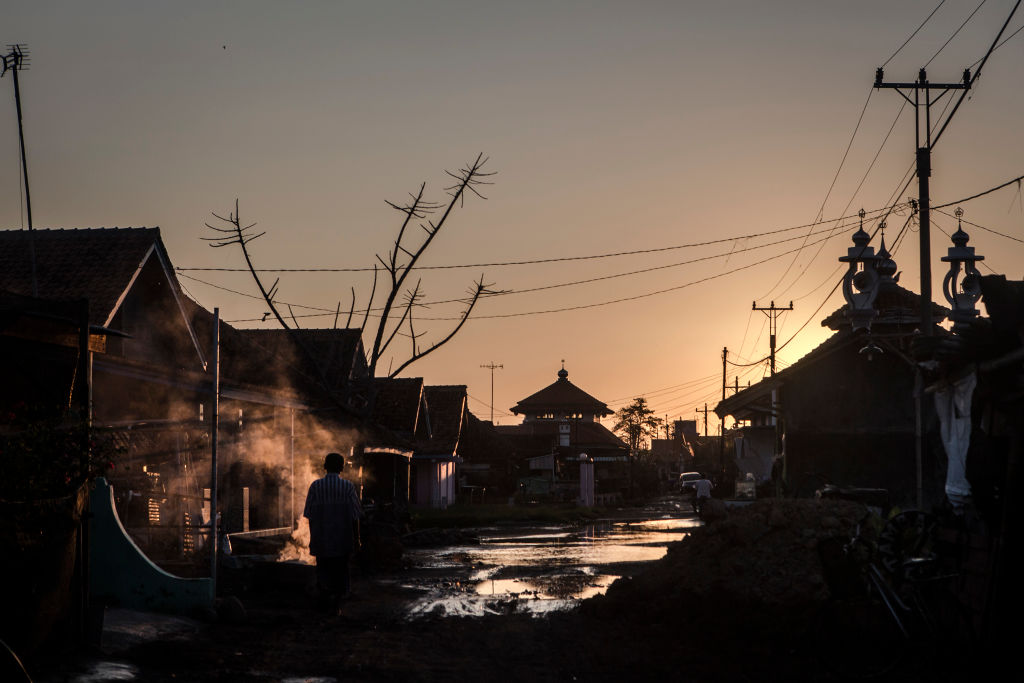 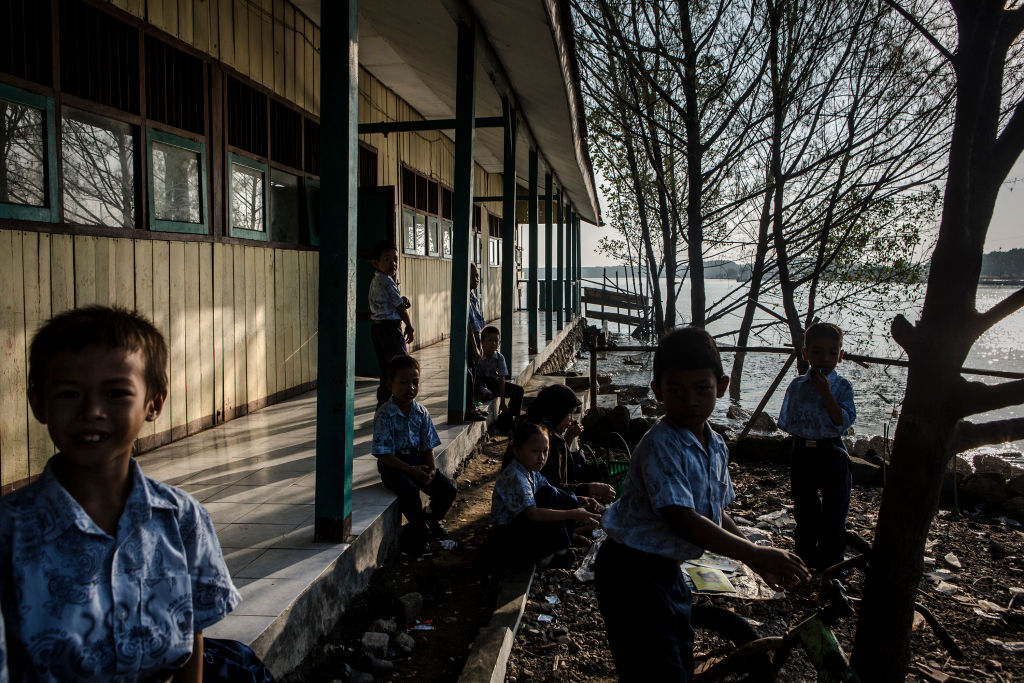