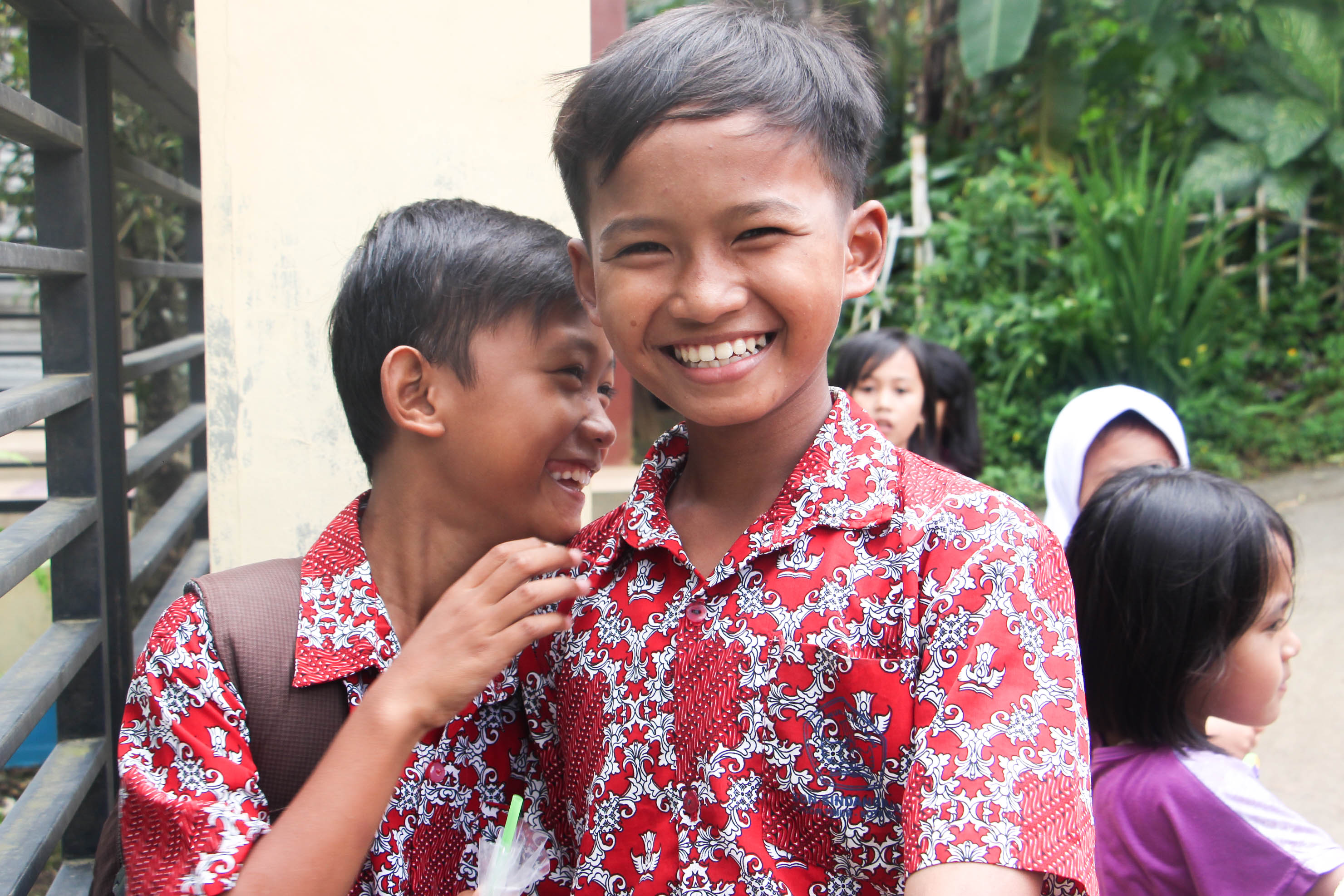 The City of Bogor enjoys more frequent rain showers than any part of Indonesia. Dubbed as the Rain City, locals often tell visitors that it almost always rains in their area even during the dry months. Cradled by three mountains, Mount Salak, Mount Gede, and Mount Pangrango, residents of the municipality are blessed with a cool climate, which also made Bogor a popular retreat destination especially for the wealthy. The quaint and bucolic city is home to at least 5.7 million people (2017 State Statistics). Located just 60 kilometers south of Jakarta, Bogor is often seen as the extension of the capital itself. The current President, Joko Widodo, who hails from Bogor, is known to hold office there. A busy city whose residents are mostly part of the working force, a considerable portion of its population also commute and work to Jakarta on a daily basis.

The City of Bogor enjoys more frequent rain showers than any part of Indonesia. Dubbed as the Rain City, locals often tell visitors that it almost always rains in their area even during the dry months. Cradled by three mountains, Mount Salak, Mount Gede, and Mount Pangrango, residents of the municipality are blessed with a cool climate, which also made Bogor a popular retreat destination especially for the wealthy.

The quaint and bucolic city is home to at least 5.7 million people (2017 State Statistics). Located just 60 kilometers south of Jakarta, Bogor is often seen as the extension of the capital itself. The current President, Joko Widodo, who hails from Bogor, is known to hold office there. A busy city whose residents are mostly part of the working force, a considerable portion of its population also commutes to work in Jakarta on a daily basis. 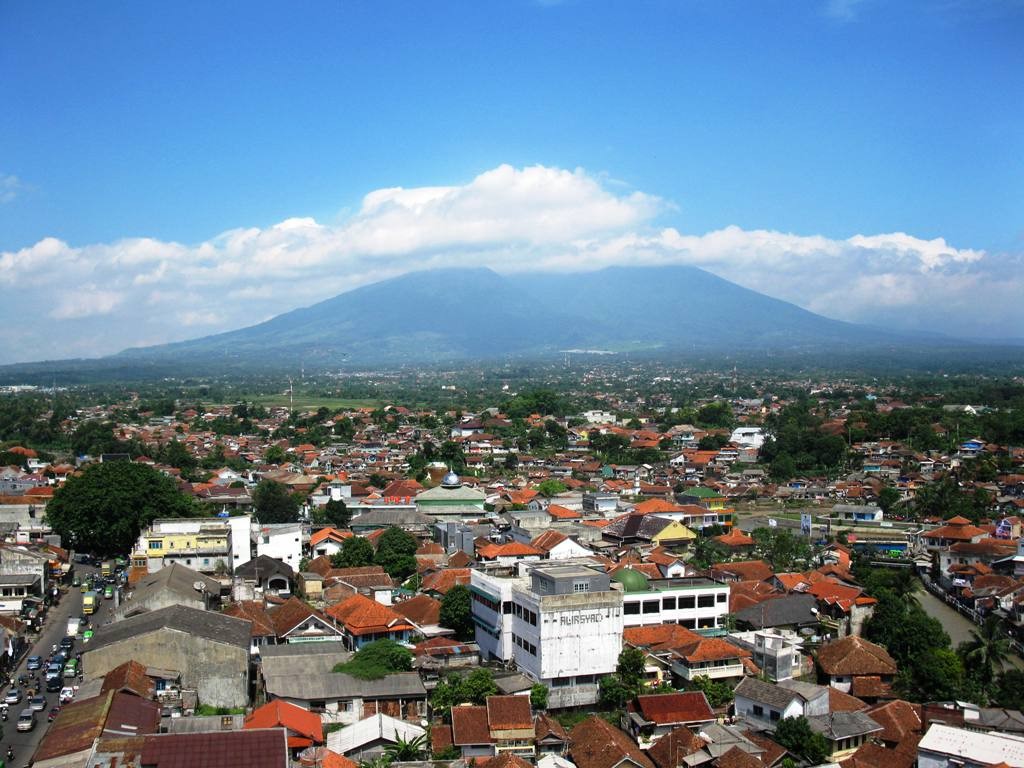 Attribution: “Landscape of Bogor City with Mount Salak at background” by ArgoRaung is licensed under Creative Commons Attribution-Share Alike 3.0 Unported

Over the past years, Bogor City has witnessed rapid economic development. Farms and natural vegetation paved the way for buildings and residential areas; traffic congestion has grown considerably worse, and unplanned urban development has led to increased vulnerability to flooding and landslide. Based on an ICLEI case study (2014), urbanization has also left Bogor exposed to sanitation and water quality issues, which in turn increases risks to diseases such as dengue, diarrhea, and gastroenteritis. Floods plague the residents during the wet season while water becomes scarce during the dry seasons.

A community located in the southern part of Bogor City decided to rise above these vulnerabilities. Realizing the need for grounded, context-based approach to these climate-related challenges, the residents of Sindang Rasa came up with an innovative solution.

The Asian Cities Climate Change Resilience Network (ACCCRN) project, implemented by ICLEI and supported by the Rockefeller Foundation, collaborated with the Environmental Agency of Bogor to conduct a rapid assessment of the city’s current and potential climate risks and facilitated a participatory discussion on how to address these. Through this intervention, a Working Group on Climate Change consisting of members from Bappeda (local planning agency), Public Works Services, Disaster Agency, and community members was formed.

The Working Group, guided by the ICLEI-ACCCRN process, worked on several activities which aimed to build staff’s capabilities in developing climate vulnerability and risk maps, identifying areas which are highly vulnerable to risks, and prioritizing actions to address these vulnerabilities.

The ACCCRN project also has a competitive grant facility for pilot demonstration projects showcasing resilience and stakeholder engagement. Through this modality, an intervention at Sindang Rasa was conceptualized and implemented.

As it is always pouring in the City of Rain, residents of Sindang Rasa has grown accustomed—almost resigned—to flooding in their area.

Flooding has been a major problem in the community. During the rainy season, storm water runoff floods the street; making it difficult for residents to access the community’s elementary school and health center. The asphalt road gets eroded by the water, creating puddles on the ground.

Ms. Ipah Saripah, Principal of Early Childhood School and resident of Sindang Rasa shared, “Floods affected people’s daily lives because we could not use our roads. Sometimes, when it rains, the school and our homes get flooded too.”

“During the dry season, very little water is available,” she added.

Through the ACCCRN Engagement Building Small Grants program, the Bogor Healthy City Forum (Forum Kota Sehat Bogor or FKS), in cooperation with the local government of Bogor, community members, and related stakeholders conceived and developed the Road Paving Adaptive to Climate Change Project. FKS is an organization that assists the local government of Bogor in formulating policies and strategies that ensures the utmost health of its citizens.

Recognizing the need for an intervention that directly addresses the flooding in Sindang Rasa, FKS worked with ICLEI and the community to bring the project into fruition.

“Seeing that [flooding in Sindang Rasa], our organization was thinking that there was a need for a breakthrough in which the absorption well could be put under the road and be used to store water,” Mr. Abdul Karim, Chairman of FKS told ICLEI in an interview.

FKS led the consultation dialogues with key representatives of Sindang Rasa including officials of the community health center, faculty and staff of the elementary school, and other relevant stakeholders. Community members were heavily involved in all project stages: from planning to implementation.

A flood mitigation initiative, the project involved the construction of a paved road with eco-drains, a feature that catches storm runoff and ushers these into a water reservoir. The reservoir, in turn, stores water supply that the community can use during the dry season. 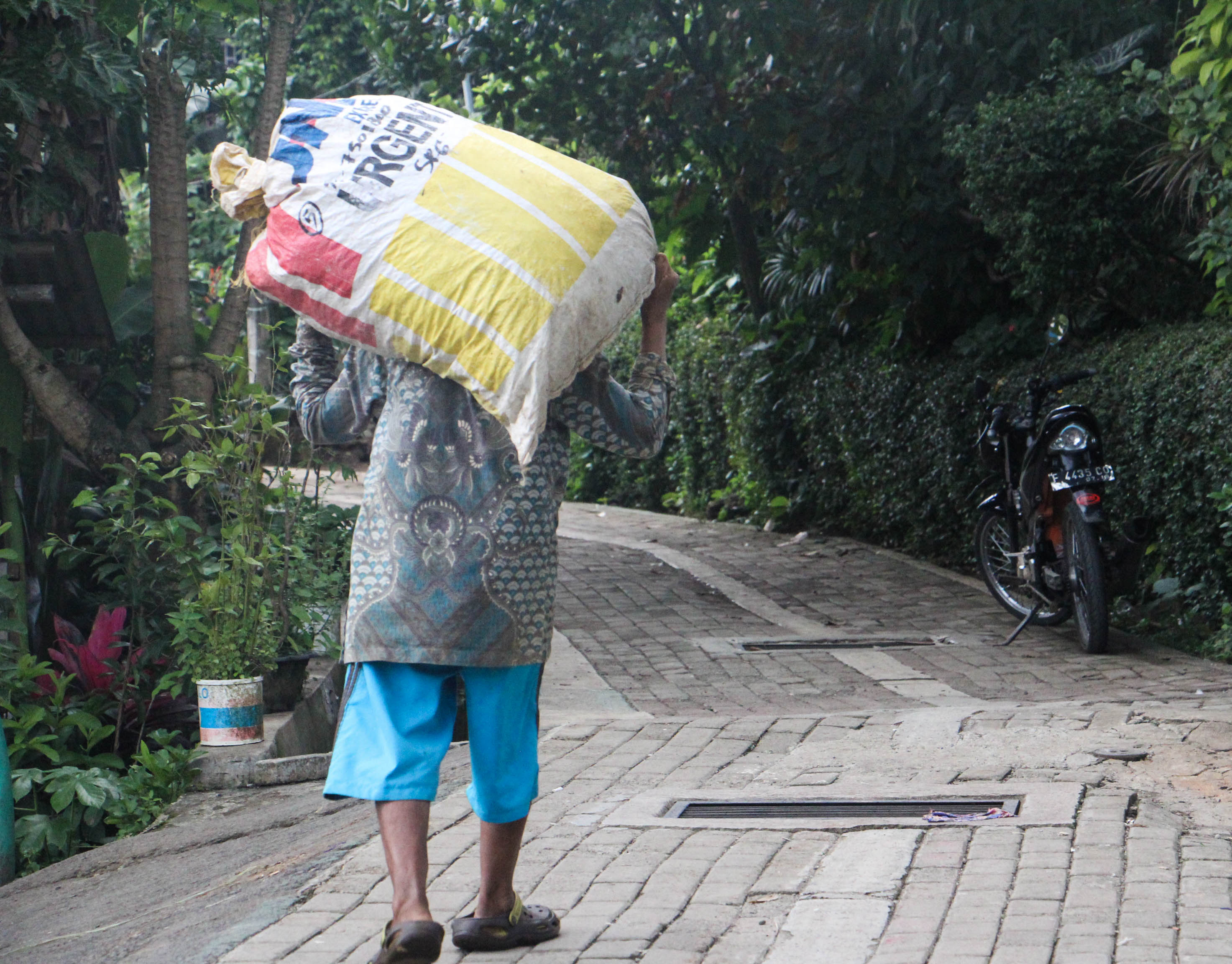 The paved roads were also equipped with Biopori absorption holes. Thebiopori hole is approximately 10-30 cm wide and 30-100 cm long. It is covered with organic waste that helps trap water when flooding occurs. The water is then redirected to the reservoir while the organic waste is used as compost for plants.

To ensure ownership of and engagement in the project, manpower in constructing the road pavements and eco-drains were mostly locals of Sindang Rasa. The hollow blocks used during construction were also sourced from the community.

Since its construction, the project has delivered positive results to at least 40 households in Sindang Rasa.

Perhaps one of the most obvious benefits of the project thus far, as communicated by its residents, is the decreased occurrence of flooding in their area.

Ms. Saripah noted this improvement sharing that, “There is less flooding and water supply has increased during the dry season.”

The same observation is echoed by Mr. Undang Amar, a 56-year old resident of Sindang Rasa.

“We are saving water that we can use during the dry season. Additionally, there is less flooding on the road,” she stated.

Apart from less flooding and increased water supply, access to the school and community health center has become easier due to decreased flooding.

“Prior to program implementation, rainwater continued to flood the roads, making it difficult for us to reach the school and the community health center. Now that the road pavement is finished, there is no more flooding and we can use the road at all times,” Mr. Karim narrated.

Community members have also noted that since the project encouraged their involvement in every stage, it also provided a platform for them to cooperate and coordinate with one another. During the construction of the road pavement and installation of the rainwater catchment facility, community members were employed to provide manual labor. To sustain the sense of ownership forged throughout the process, community members, with assistance from FKS, are the primary actors in the facility’s maintenance as well.

Towards becoming a sustainable city

Mr. Karim of FKS has high hopes for the project’s replication to other sites in Bogor. He reported that the city government responded well to the program and expressed interest to replicate the project in other parts of Bogor City.

Ms. Sukarna, a resident of Sindang Rasa, has noted, “Government and community have good relations and the community was involved in the program’s implementation and maintenance.”

The need for continued support and collaboration

Even though stakeholders deemed the intervention successful, they also recognize that the work has not ended yet.

Mr. Karim noted that there are still points for improvement, “It still needs to be evaluated in some parts, such as the construction needs to be improved because, at the time of program implementation, we have limited construction fund.”

For Ms. Saripah, improvement takes the form of continued support of the community to the project. For her part, she actively campaigned to the students and their parents to get involved in projects that promote the sustainability of their community.

“I have talked to the parents of the schoolchildren to encourage them to get involved in similar programs,” she shared.

Building on this, Ms. Amar thinks that the resident can do more in addressing the challenges faced by Sindang Rasa.

“The community should work together. I think we can improve how we dispose of our waste as this also causes flooding. Households can start using biopore around their properties as well,” she said.

The story of Sindang Rasa demonstrates the power of collective action in inspiring and instigating change. Although a small area, the cooperation, and collaboration of key stakeholders observed at Sindang Rasa has produced great impacts in their daily lives and served as an imprint that other communities can follow.