JAKARTA — A highly contentious set of revisions to Indonesia’s Criminal Code threatens to undermine the fight against environmental offenders and polluters, activists warn.

Deliberations on the new draft are in the final stage in parliament, in what proponents are calling a much-needed overhaul and reform of a penal code inherited from Dutch colonial rule more than 70 years ago.

Already the bill has drawn intense criticism for new provisions that, if passed as expected in April, would criminalize consensual non-marital sex, outlaw the promotion of contraceptives, and make it illegal to insult the president or religious leaders, among other points.

But overshadowed by the furor over the looming rollback of personal freedoms and human rights are provisions that appear to weaken existing enforcement articles under the 2009 Environmental Protection Law.

“When we studied the draft, we found out that it’ll heavily affect existing environmental law enforcement and there are going to be many things that can’t be enforced,” said Reynaldo Sembiring, a researcher with the Indonesian Center for Environmental Law (ICEL).

“While the current law still has some weaknesses, those weaknesses will be amplified further in the new Criminal Code.”

These include making it more difficult to prove an environmental crime has taken place, watering down sentences for environmental violations, and a persistent failure to apportion accountability for these crimes. 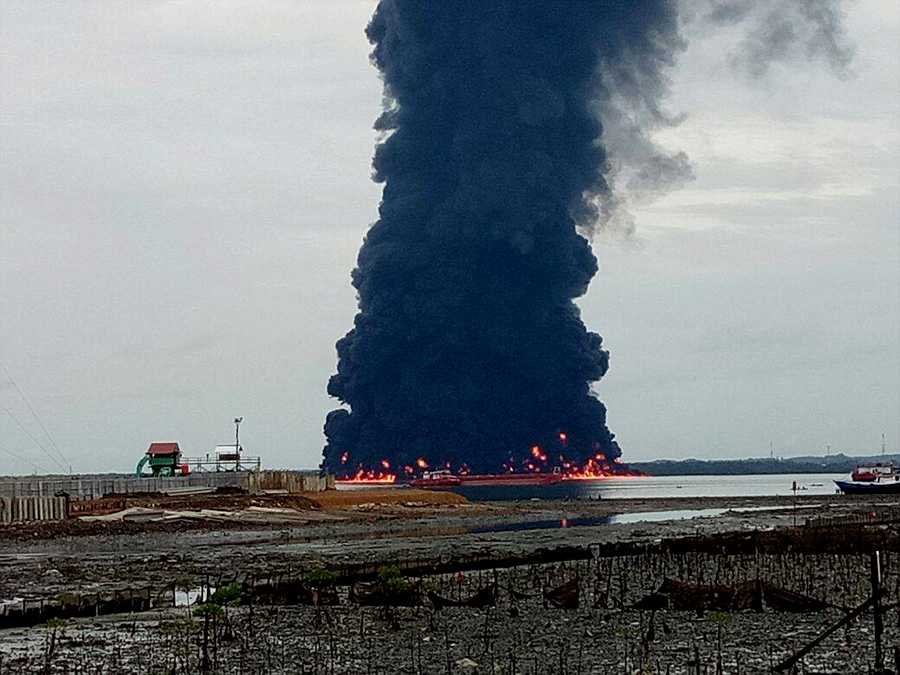 Under the revised Criminal Code, a previously closed loophole that would allow polluters and other environmental violators to evade criminal charges on a technicality has been reopened.

“It’ll make it difficult for law enforcers to prove that someone has violated the law,” Reynaldo said.

He gave the example of a company that was caught polluting: If the company doesn’t have a permit to operate in the first place, then the revised Criminal Code would allow for it to be charged with environmental crimes. But if its permits are all in order, “then it’s considered not to be violating the law” — even if it’s polluting the environment.

Reynaldo cited the case of the U.S. gold miner Newmont Mining Corp., which operated a mine in a remote and scenic area of North Sulawesi province. The Indonesian government filed suit against the company in 2004, accusing it of dumping millions of tons of mercury- and arsenic-tainted pollutants in the once-pristine Buyat Bay. It alleged that the pollution caused villagers in the area to develop skin diseases and other illnesses.

The company denied any wrongdoing and blamed the symptoms on poor sanitation and nutrition. In 2007, a court cleared Newmont of all charges, saying the Indonesian government could not prove that the company had polluted the environment.

That decision, according to University of Indonesia environmental law expert Andri Gunawan Wibisana, came in large part thanks to a stipulation in the environmental law at the time that mirrors the new provision in the Criminal Code bill — that any environmental crime must be contingent on there also being some kind of administrative violation.

Partly in response to this outcome, the environmental protection law was amended in 2009 to close this loophole, effectively allowing companies to face charges for pollution and other environmental violations, regardless of whether their permits are in order. But with the revival of the loophole in the proposed criminal code bill, activists fear cases like that of Newmont could once again go unpunished. 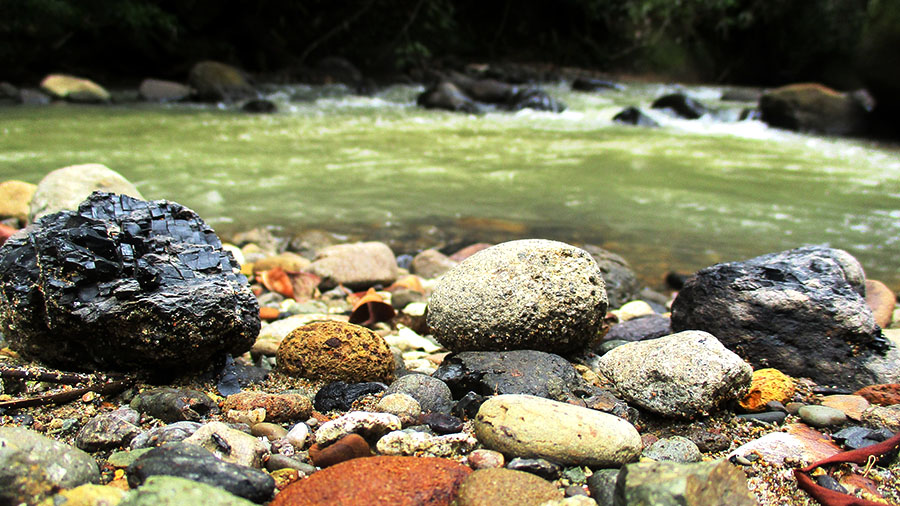 A key river in Sekalak village has been polluted by chunks of coal and soil deposition reportedly coming from mining company PT Bara Indah Lestari which operates nearby. Photo by Dedek Hendry/Mongabay-Indonesia.

Another point of contention is the lowering of the maximum prescribed sentences for some environmental crimes under the set of proposed amendments. Activists have also chafed at the failure of lawmakers to include minimum sentences. (Indonesian laws, including the current criminal code, stipulate a maximum sentence for various offenses, but very rarely prescribe a minimum sentence.)

“So a judge might fine someone just 50,000rupiah[$3.60], it’s up to them,” said Even Sembiring, policy assessment manager at the Indonesian Forum for the Environment (Walhi).

“That’s why a minimum sentence is important to prevent that. It also serves as a guideline for judges to not carelessly give sentences that are too weak,” he said.

The revised Criminal Code would also give judges the option of levying a fine or handing down a prison sentence. The current code mandates both types of punishment, Even said.

“It shows that the current law treats the matter seriously by trying to scare people from committing environmental crimes,” Even said. “The revised Criminal Code should push for maximum law enforcement, but it fails to do that because of the lower threat [of punishment].”

A key issue in the current Criminal Code is the question of who is held accountable for environmental crimes: companies, their owners, their managers, or all these parties?

The new Criminal Code would fail to address this shortcoming, said Andri of the University of Indonesia.

He cited cases where company officials were “unjustly” convicted and sent to prison, even though the indictments in these cases were made against the companies as the responsible legal entities, and not the individual officials.

This is allowed to happen because of the lack of clarity over accountability for environmental crimes, Andri said.

“There are cases where officials were imprisoned without ever being tried because the parties who were charged were the companies,” Andri said. “So there’s a fatal misunderstanding. If you want to send a company official to prison, why don’t you charge the person along with the company?”

He noted that some companies could have policies in place that allow things like pollution to occur. “In that case, the crime is committed solely by the company, so it doesn’t always have to be committed by an individual,” Andri said.

On the flipside, he said, narrowing environmental crimes down to the individual might leave companies off the hook.

“This might limit corporate responsibility because a crime would then be defined as something done by an individual,” he said.

Activists have called on lawmakers to revise the contentious articles in the Criminal Code bill and address the specific weaknesses in the legislation.

One thing they say could be improved is the burden of proof. Under the current Criminal Code, it’s “very difficult” to definitively prove that a company or individual has carried out environmental pollution or degradation, according to Andri.

“Waste thrown into a river, for instance, might not have been thrown by just one person; it could be dozens of people,” he said. “Another example is forest fires; it’s almost impossible for such fires to be caused by only one company.”

He urged lawmakers to adopt the approach taken by Singapore in its Transboundary Haze Pollution Act of 2014, which aims to punish those responsible for causing or condoning fires if the burning results in unhealthy levels of haze in Singapore. The key point in the act, Andri said, is that it doesn’t just go after those who directly cause haze pollution, but also those who contribute to it.

ICEL’s Reynaldo agreed that the new Criminal Code should make it clear who can be held accountable for environmental crimes. “If it can’t do that, then just exclude articles on environmental pollution from the code,” he said.