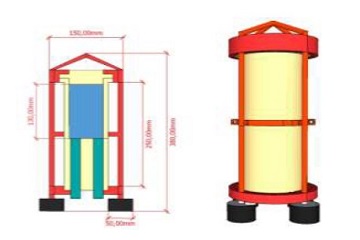 The sea is the estuary of all the earth's rivers,  that’s why oceans are the largest water bodies on the planet Earth. Over the last few decades, surplus human activities have severely affected the marine life on the Earth’s oceans. In the past, communities around the world used the ocean for waste disposal, including the disposal of chemical and industrial wastes, radioactive wastes, trash, munitions, sewage sludge, and contaminated dredged material. Wastes were frequently dumped in coastal and ocean waters based on the assumption that marine waters had an unlimited capacity to mix and disperse wastes. Ocean pollution, also known as marine pollution, is the spreading of harmful substances such as oil, plastic, industrial and agricultural waste and chemical particles into the ocean. Increased sedimentation and the flow of nutrients and pesticides into the ecosystem affect inshore areas, causing higher algal growth, build-up of pollutants in sediments and marine species, and reduced light and smothered corals. Declines in coastal water quality have resulted in detrimental impacts on the productivity and function of tropical marine ecosystems, and ultimately on their resilience. Cumulative effect and the timing of exposure to pollutants can magnify the impacts of catchment run-off.  In order to safeguard the future of our tropical marine ecosystems, steps must be taken to prevent it from happening as a marine investment for the future.

With reference to such situation, real-time water conditions data in Indonesia are really required. Accordingly, a group of students of the Faculty of Fisheries and Marine Sciences of Bogor Agricultural University (FPIK IPB), proposed funding support from Kelompok Program Kreativitas Mahasiswa bidang Karsa Cipta (PKM-KC Student Creativity Program for Karsa Cipta),  to implement their research program to design a real-time observation tool. The tool is called Economic Real Time Conductivity and Temperature Sensor (“ER-Contem”) initiated by Agung Tri Nugroho with his team namely Slamet Riyanto, Imam Syafi'i, and M. Sanubari. “ER-Contem” will retrieve data related to the temperature and salinity of the waters where the monitoring tool is located. The tool is very unique, as the observation data can be accessed and utilized directly through the webite by users.

How does “ER-Contem” work? Each component of the “ER-Contem”  takes different measurements, and these measurements are often processed through computer software to create specific parameters.  The principle works of “ER-Contem”  refers to pre-existing devices, it is Conductivity, Temperature and Depth (CTD). D (Depth): Despite having depth in the name, all CTDs actually measure pressure, which is not quite the same thing. Inductive cell in CTD as a salinity sensor. T(Temperature): Temperature is measured in ITS-90 degrees Celsius (°C). ITS-90 is an instrument calibration standard agreed to by a number of scientists in 1990. C (Conductivity): Finally, we get to Conductivity, the parameter you may be least familiar with. When a CTD device is lowered into the water to measure the salinity, temperature, depth of the ocean. When combined with temperature data, salinity measurements can be used to determine seawater density which is a primary driving force for major ocean currents. You may continuously access the data as long as the “ER-Contem” tool remains log on to the computer. So “ER-Contem” innovation will enable  us to access flexibility data.  Wireless devices can "listen" for data traffic on other frequencies on real time, and can rapidly switch from one frequency to another,  such system is not available in CTD technology.

The process of creating “ER-Contem” tool had been carried out in IPB Campus, Dramaga, Bogor. The creating process included the construction of a series of electronic components, and programming. Some components used in this tool include Arduino Nano as a chip-shaped microcontroller, Raspberry Pi 2 as a processor, Electronic Conductivity Sensor for Arduino is a reader device for water salinity, Dallas DS18B20 Sensor for water temperature, RTC 3231, and Modem to send signals to the user.

The first trial and error test was carried out  in the laboratory to determine the accuracy of the measurement equipment. Data from “ER-Contem” will be compared with standard salinity and temperature gauges. Calibration of tools in the laboratory was performed before “ER-Contem”  field test, it will be implemented  in Pelabuhan Ratu, Banten. The website pages are accessible when data has been uploaded.

In addition for research utilization, the creation of “ER-Contem”  aimed to determine early warning system for natural disasters, marine phenomena, and as data support policy-related marine. In the future, the team expected that “ER-Contem”  will be utilized as the tool to assist Indonesian marine researchers to get real-time data as well as contributing to the marine science of Indonesia. (Wied)