Rice farming up to twice as bad for climate change as previously thought, study reveals 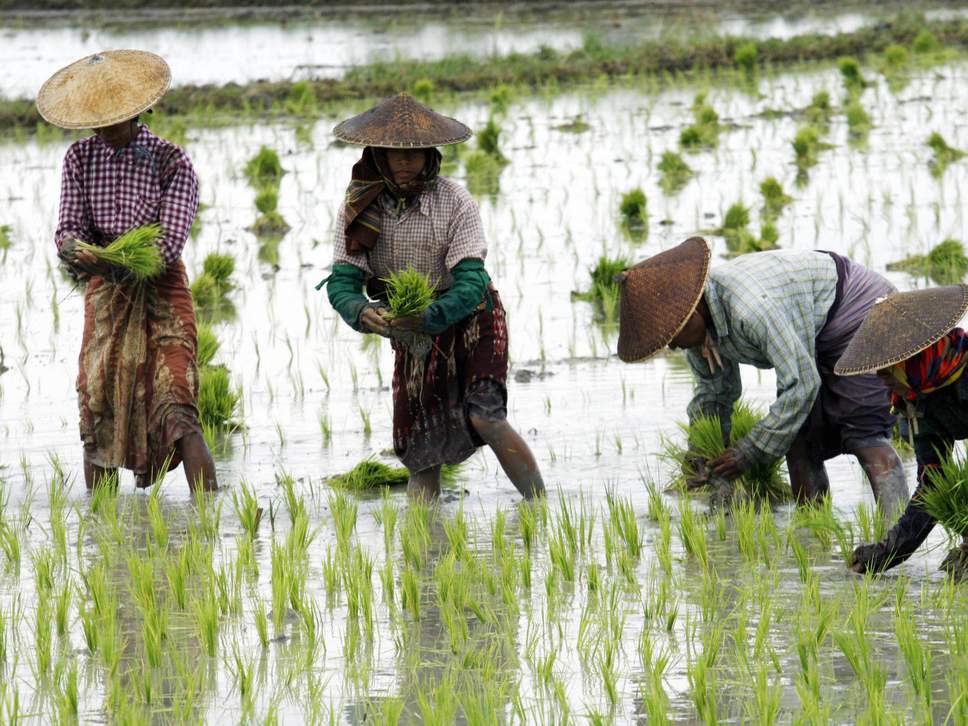 Rice farming is known to be a major contributor to climate change, but new research suggests it is far bigger a problem than previously thought.

Techniques intended to reduce emissions while also cutting water use may, in fact, be boosting some greenhouse gases, meaning the impact of rice cultivation may be up to twice as bad as previous estimates suggest.

Scientists at the US-based advocacy group the Environmental Defense Fund suggest the short-term warming impact of these additional gases in the atmosphere could be equivalent to 1,200 coal power plants.

Considering the importance of rice as a staple food crop, providing more calories to the global population than any other food, the researchers have recommended ways to adapt farming practices and make its cultivation more climate-friendly.

Past estimates have suggested that 2.5 percent of human-induced climate warming can be attributed to rice farming.

The main culprit is methane, a potent greenhouse gas emitted from flooded rice fields as bacteria in the waterlogged soil produce it in large quantities.

However, there is another gas produced by rice fields that can have a harmful climate effect. Nitrous oxide, commonly known as laughing gas, is also produced by soil microbes in rice fields.

Partly in a bid to reduce methane emissions, several international organizations have promoted intermittent flooding of rice fields, but this practice comes with problems of its own.

“The full climate impact of rice farming has been significantly underestimated because up to this point, nitrous dioxide emissions from intermittently flooded farms have not been included,” saidDrKritee Kritee from the Environmental Defense Fund, who led the research.

Analysis by the team showed that process of alternately wetting and drying rice fields – while reducing methane levels – is producing up to 45 times more nitrous oxide than constantly flooded fields.

The intermittent flooding and airing of the fields results in pulses of microbial activity that in turn leads to increased nitrous oxide levels.

These results, obtained by working with farms in southern India, were published in the journal, Proceedings of the National Academy of Sciences.

“Water management on rice farms needs to be calibrated to balance water use concerns with the climate impacts of both methane and nitrous oxide emissions.”

Despite being a powerful greenhouse gas in its own right that traps even more heat in the atmosphere than methane over long time periods, most rice-producing countries do not report their nitrous oxide emissions.

DrKritee said it was essential that scientists began investigating this overlooked threat so that nations can tackle it effectively.

“We now know nitrous oxide emissions from rice farming can be large and impactful,” said Richie Ahuja, a co-author of this study.

By considering each farm individually and taking into account their methane, nitrous oxide, and water use, the scientists suggest that specific strategies can be used that can minimize emissions of climate-harming gases.

“We now also know how to manage the problem. Major rice producing nations in Asia are investing to improve the agriculture sector and could benefit from the suggested dual mitigation strategies that lead to water savings, better yields, and less climate pollution,” said Mr Ahuja.