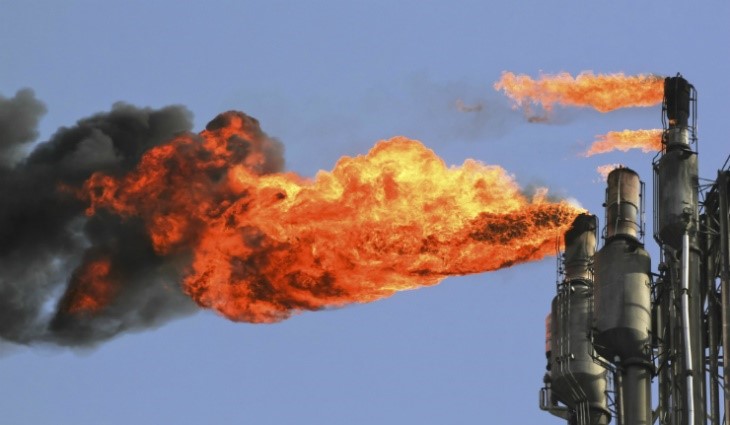 WASHINGTON (VR)– In May, scientists reported that the average daily level of CO2 in the atmosphere surpassed 400 parts per million, an alarmingly high concentration level last seen two to four million years ago.

Even if humans miraculously halted all carbon emissions next week, the problem of climate change would be an inescapable and grim reality as most of the heat-trapping gas would linger in the atmosphere for decades or even centuries. The inertia in the world’s warmed oceans would prevent a quick return to cooler temperatures, even as the CO2 levels decrease. The most optimistic predictions for the rest of the century, cited by the Intergovernmental Panel on Climate Change in its 2007 assessment report, forecast a rise of 2.0 to 5.2 degrees by 2100, while the direst anticipate a rise of 4.3 to 11.5 degrees. Among the anticipated effects are rising sea levels, increasingly severe storms and droughts, and melting glaciers and permafrost.

So what exactly is geoengineering then, a concept given some unexpected attention and increasing legitimacy by its mention in the most recent IPCC report? It refers to methods that “aim to deliberately alter the climate system to counter climate change.” The rather controversial area of engineering Earth’s climate seems to now be firmly planted on the scientific agenda. Some climate models suggest that geoengineering may even be necessary to keep global temperatures within the 2 °C above pre-industrial levels mark, agreed upon by the scientific and international community as the “tolerable” level. Most geoengineering technologies generally either reflect sunlight — through artificial “clouds” of aerosols, for example — or reduce the amount of greenhouse gases in the atmosphere. Reducing greenhouse gases generally involves carbon-capturing technologies that range from building towers to collect it from the atmosphere to grinding up rocks to react with CO2 and take it out of circulation. Solar geoengineering involves ideas including deflecting sunlight away from the earth with massive space shields or with clouds over oceans.

Renowned author Clive Hamilton recently visited American University’s School Of International Service to talk about his recent book, Earthmasters, and the environmental justice implications of climate engineering proposals. SIS Professor Simon Nicholson, who is a part of The Washington Geoengineering Consortium, moderated the event. Hamilton explained that until recently, geoengineering was largely a scientific discussion, held behind closed doors, and that it was very much viewed as a “Plan B” solution in the event that cutting greenhouse gas emissions was unsuccessful at the requisite speed. He referenced Harvard professor David Keith as the foremost proponent of climate engineering. The main climate geoengineering plan was inspired by sulfur-spewing volcanoes and involves using jets to spray sulfates into the stratosphere, where they would combine with water vapor to form aerosols. Dispersed by winds, these particles would cover the globe with a haze that would reflect roughly 1 percent of solar radiation away from Earth.

The 1991 eruption of Mount Pinatubo, which shot some 10 million metric tons of sulfur into the air, reduced global temperatures about 1 degree F for at least a year. The sulphate aerosol shield would be regularly sprayed into the stratosphere to create a dimming effect and a resultant cooling akin to what happens when there are large volcanic eruptions. Couching the discussion in the context of environmental justice, Hamilton stated “we need to implement the sulfate aerosol shield to protect the Pole as a matter of justice, because there is nothing more unjust than the impact of climate change itself.”

A big issue that remains, however, is the uncertainty of how well it would work—there is no question about the cooling effect the shield would have but whether that cooling would be systematic and how it would affect precipitation patterns and the climate as a whole is a major question. Another issue is what Hamilton called the question of governance: a) who should control the technologies (patents?)?, b) who should make decisions about the deployment of geoengineering schemes?, c) where would the sulfite sprays be applied (over the Arctic or at the Equator, for example)?, and d) how would they be applied? “Essentially, the question is who should have their hand on the global thermostat.”

The most recent report by the IPCC reinforced the rather dire projection that “with business as usual,” we would surpass the 2 degree threshold set as an acceptable level of temperature change within a decade. SIS Professor Paul Wapner stated, “business as usual is what has gotten us in trouble in the first place, and this solution may seem like more business as usual. We tend to not solve problems but displace them across time, space, and species.”

Hamilton agreed that what was initially a Plan B is now a nearly inevitable course of action as mitigating efforts do not seem to be progressing forward at the requisite rate to stem drastic climate change. But he expressed a lot of reservations about the Promethean-like nature of this sort of intervention and the “technology will save us now” air to it. “In essence, this plan is being marketed as turning a drastic failure of the free enterprise system into a triumph of humanity’s ability to solve our greatest problems through technology.” In her recent article, Dr. Rachel Smolker took issue with what she perceived to be the normalization of geoengineering: “This insistence that we engage in debate over climate geoengineering is part of the process of ‘normalization’ that seems orchestrated -- perhaps deliberately -- with the intent of habituating people to the whole idea of climate geoengineering as an option.”

In a response, Dr. Simon Nicholson stated, “geoengineering is in fact entirelynormal. It is the expected response of a culture that looks to technological solutions to complex societal challenges. It makes far more sense, in that light, to have an active voice in the geoengineering conversation than to seek to suppress it.”