An ocean of resources to fight climate change 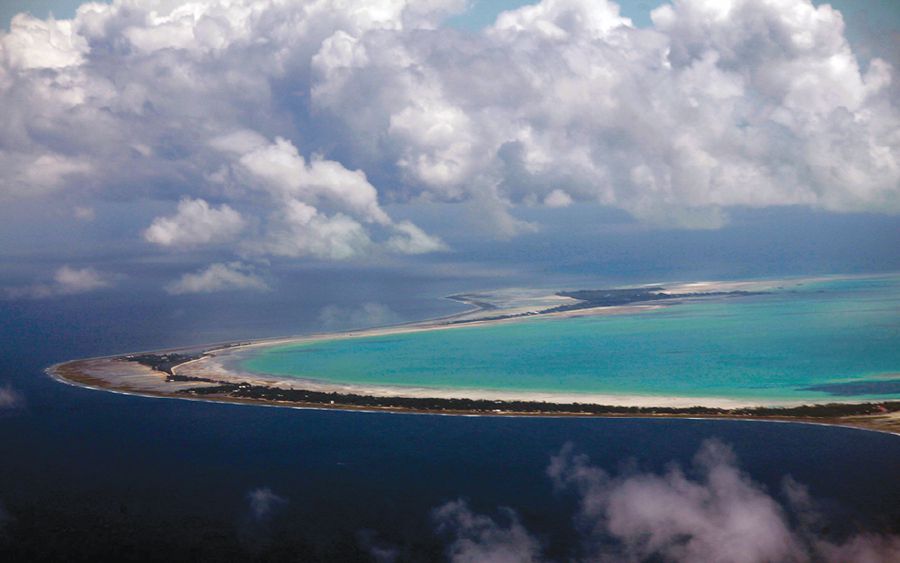 Entering uncharted waters; ocean conservation is the key to the future. REUTERS PIC

THE ocean contributes US$1.5 trillion (RM6.05 trillion) annually to the global economy and assures the livelihood of 10 to 12 percent of the world’s population. But there’s another reason to protect marine ecosystems — they’re crucial for curbing climate change.

This year is shaping up to be a critical one for ocean action. The 53 member countries of the Commonwealth adopted the Commonwealth Blue Charter on Ocean Action earlier this year, a plan to protect coral reefs, restore mangroves and remove plastic pollution, among other actions.

Ocean conservation was a centrepiece of the G7 meeting resulting in the “Charlevoix Blueprint for Healthy Oceans, Seas and Resilient Communities” which commits the G7 to supporting better adaptation planning, emergency preparedness, and recovery; support innovative financing for coastal resilience; and launch a joint G7 initiative to deploy earth observation technologies and related applications to scale up capacities for integrated coastal zone management.

In addition, the leaders of Canada, France, Germany, Italy, the United Kingdom and the European Union agreed to tackle ocean plastic in the “Ocean Plastics Charter”. Such action lays important groundwork for substantial negotiations for the first-ever international treaty for conservation of the high seas to begin in September. The negotiations will last two years, culminating in 2020.

The high seas cover nearly half the planet and are filled with marine life, from fish to plankton that are crucial to generating oxygen and regulating the global climate.

Approximately 40 percent of all carbon dioxide (CO2) emissions from burning fossil fuels are absorbed by the ocean. The new treaty will be negotiated under the UN Convention on the Law of the Sea, joining other agreements that govern seabed mining and highly migratory fish stocks. It has been dubbed the “Paris Agreement for the Ocean”, potentially enabling the creation of large marine protected areas in the high seas that have long been called for as crucial to curbing the decline of global fish stocks and other marine life.

The ocean and coastal ecosystems provide an untapped, nature-based climate solution that needs to be part of both conversations.

“Blue carbon” ecosystems such as mangroves, seagrass meadows, and kelp forests are 10 times more effective at sequestering carbon dioxide on a per area basis per year than boreal, temperate, or tropical forests and about twice as effective at storing carbon in their soil and biomass. They also play a crucial role in protecting coastal infrastructure and communities from climate impacts, including extreme weather events.

Mangroves are found in 123 countries and territories and are estimated to cover more than 150,000sq km globally. Mangroves buffer coastal communities from wind and waves, acting as a frontline defense against storms and sea level rise.

If the world halted just half of annual coastal wetlands loss, it would reduce emissions by 0.23 gigatonnes, Spain’s total annual emissions in 2013.

Restoring coastal wetlands to their 1990 extent would increase annual carbon sequestration by 160 megatonnes a year, equivalent to offsetting the burning of 77.4 million tonnes of coal.

Commitments made by countries to advance climate action in line with the goals of the Paris Agreement are a vehicle to advance action on both agendas. Known as Nationally Determined Contributions (NDCs), the ocean and coastal ecosystems are currently underrepresented in these commitments.

There are a number of policy options for incorporating blue carbon ecosystems into NDCs. These include:

INTRODUCING incentives to create new or protect existing blue carbon ecosystems on privately owned land, including through access to carbon markets; and,

Of course, curbing climate change isn’t the only reason to invest in ocean and coastal ecosystem protection. Coastal ecosystems can also build the resilience of coastal communities to withstand natural hazards, such as storms (mangroves absorb the energy of storm-driven waves and wind), flooding, erosion, and fire. Wetlands provide nurseries for the many species of fish that support economies and improve food security. And marine protected areas can also protect biodiversity.

Fighting climate change is just yet another benefit the ocean provides us. It’s time to start recognizing its protection as a climate change solution.