Why Treasury model is a flawed tool for valuing climate policies 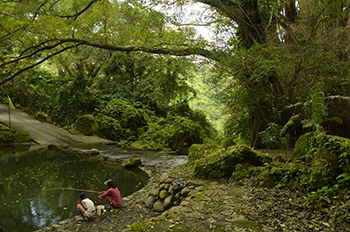 Most people would agree that we can never put an accurate monetary value on our health or the environment in which we live. These things are priceless because they are so fundamental to our lives and wellbeing.

But most would also agree that our inability to accurately value these things does not mean that they should be left out altogether from economic modelling, a method the government uses to inform decision making.

So how does the government take these things into account when it weighs up the costs and benefits of climate change policies?

Well it turns out that a key model used by the Treasury does not take these things into account at all. The HMRC-CGE model, which is primarily designed to give information on how tax policies affect the economy, has been very influential in government decision making on climate change policy and in particular the forthcoming decision on whether to adopt or weaken the fourth carbon budget.

A WWF and Friends of the Earth report by Frank Ackerman and Joseph Daniel, of Synapse Energy Economics, shines a spotlight on this rather secretive model and concludes that it is, as a tool, flawed and misleading for aiding understanding of the economic impacts of climate change policy.

So what's wrong with the model? Well first, by failing to place a value on environmental and health benefits, "externalities" in economic terms, the model quantifies the costs but ignores the key benefits of climate change policies and is predisposed to always conclude that environmental policies damage the economy.

As Ackerman puts it: "For lack of meaningful prices, basic values such as protection of human life, health, biodiversity and the existence of unique habitats and landscapes are omitted. As a result, the principal benefits of many climate and environmental policies cannot be incorporated in a HMRC CGE analysis."

In a nutshell, if you don't place a value on reducing air pollution, reducing the risk of flooding, avoiding sea level rises or any other benefits of tackling climate change, then you are never going to conclude that interventions to tackle these things are beneficial.

Second, the model assumes that everyone who wants a job has one, so there is no involuntary unemployment.

This means that the model would treat the recent announcement that Siemens and Associated British Ports (ABP) will invest millions in an offshore wind production plant in Hull, expected to create up to 1,000 jobs, as hitting the economy by stealing employees and investment from other sectors.

In reality, it is quite clear that this is a massive boost in a region where jobs are sorely needed.

Last but by no means least, the Treasury's modelling ignores the existence of other countries and so cannot capture the export opportunities for the UK as a first mover in clean technologies such as electric cars, offshore wind, and carbon capture and storage.

Perhaps even more significantly this approach also means the model is incapable of capturing the complexities of climate change as a global problem requiring collective action.

This year's report from the Intergovernmental Panel on Climate Change (IPCC) made it clear that without further efforts to reduce carbon emissions unmitigated climate change is set to have major impacts, including damaging the production of food and availability of freshwater. Cooperation, fairness and collective action all come into play.

If every country weighs up their climate policy decisions using such a limited cost-focused model and concludes that tackling climate change is not in their best interests, then we all lose.