How climate change may be hurting our health 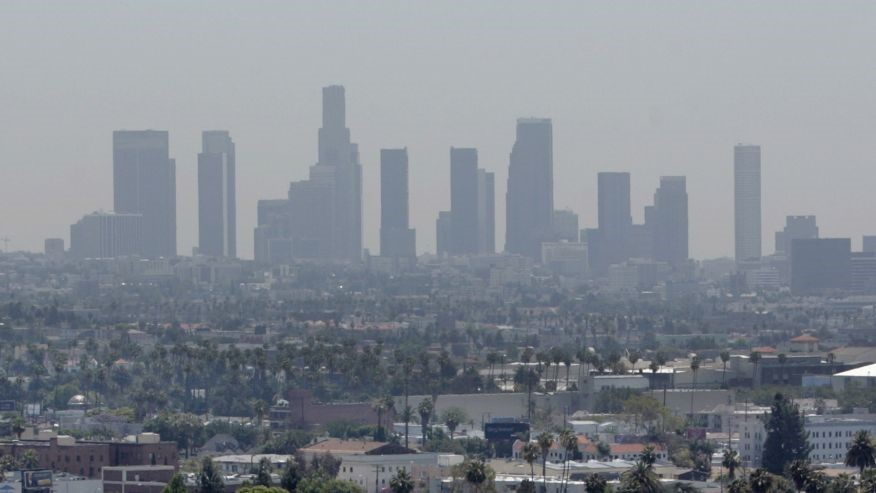 The skyline of downtown Los Angeles through a layer of smog is seen in the distance from a rooftop in Hollywood, California, May 31, 2006. (REUTERS|Fred Prouser|Files)

According to the recently released third National Climate Assessment, the effects of climate change are happening now, to all of us, whether we acknowledge it or not. The Earth is sick, and as its inhabitants, it should be our responsibility to nurse it back to health.

Unfortunately, many of us are too busy taking care of ourselves: As it turns out, our numerous maladies might be directly related to the atmosphere’s rapid transformation. Some of the most pronounced effects of climate change: More than 400 parts per million of carbon pollution in the atmosphere, and over 80,000 chemicals (most of which are untested for human safety) – are causing hotter hots, wetter wets and drier dries on Earth. These environmental catastrophes are already impacting human health in the short term, on a large scale.

As the report details, annual mean temperatures in the United States have risen between 1.3 and 1.9 degrees Fahrenheit since the late 19th century, and are projected to rise another 2 to 4 degrees over the next few decades. While this sounds perfectly idyllic to those of us still wounded by 2014’s brutal winter, the realities of a hotter world are anything but pleasant, especially when it comes to our health.

Hot, wet air encourages the growth of mold, fungi, and other allergens that not only make us feel bad, but can exacerbate symptoms in asthma sufferers. Record-setting heat waves may also lead to heat stroke and dehydration, especially in vulnerable populations like the very young and very old, according to the U.S. Environmental Protection Agency.

Hot, dry air can make parts of the country more vulnerable to wildfires, like the ones currently ravaging parts of California. A report released last year by Climate Central, an independent organization of leading scientists and journalists, found that wildfires produce “staggering” levels of air pollution that are in some instances high enough to potentially increase mortality in the elderly, and people with heart and respiratory problems.

The Climate Assessment’s dire conclusions are enough to make your skin crawl. And soon, your skin might quite literally be crawling: mosquitoes, ticks, and other insects thrive in hotter climates. As a result, diseases like West Nile virus, Lyme disease and other insect-related health problems are on the rise. West Nile often causes nausea, a mild fever, or a skin rash; but in rare cases it can lead to brain inflammation (encephalitis). Lyme disease causes a range of symptoms that may become chronic, such as fatigue, joint pain, and headaches. Neither is pleasant, and both are occurring more frequently.

Boy, worrying about all of the pollution, floods, droughts, bacteria, and insects that are making us sick sure is stressful. Another side effect of climate change may be the anxiety people experience as a result of its effects. If, like me, you read about the third National Climate Assessment with a knot in your stomach, it’s clear our changing environment is already wreaking havoc, ever so subtly, on your body and mind.

Not only is worrying about impending doom bad for you, but the destruction caused by major weather events - hurricanes, tornados, flash floods – is devastating. A family loses its home. Kids suffer at school. A flood leaves dangerous mold in its wake. The list of possible consequences is exhaustive.

Climate change has legs, but it doesn’t have to walk all over us. I’m hopeful this report will shock legislators into passing substantial changes to our environmental policy. In the meantime, lower your carbon footprint, contact local politicians, and know the signs of a health problem that might be related to the environment. It is the least we can do for the people we love, and for the only home we’ll ever know.