Climate Costs ‘May Prove Much Higher’ 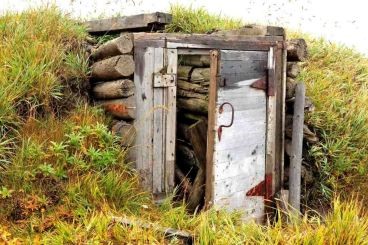 Economists and scientists may have seriously underestimated the “social cost” of carbon emissions to future generations, according to a warning in Nature.

Social cost is a calculation in US dollars of the future damage that might be done by the emission of one metric ton of carbon dioxide as greenhouse gas levels soar and climates change, sea levels rise and temperature records are broken in future decades.

How much would society save if it didn’t emit that tonne of CO2? One recent US estimate is $37. Such a measure helps civil servants, businessmen and ministers to calculate the impact of steps that might be taken.

On the other hand, say Richard Revesz of New York University School of Law and US and Swedish colleagues, assumptions of cost per tonne – and these range from $12 to $64 according to various calculations – are based on models that need to be improved and extended. The cost of climate change could be higher, for four reasons.

The impact of historic temperature variation suggests societies and economies may be more vulnerable than the models predict, and in this case weather variability is more important than average weather – because crop yields are vulnerable to extremes of temperature.

Then the models omit the damage to productivity, and to the value of capital stock, because of lower growth rates: as these lower growth rates compound each other, human welfare will begin to decline. And that’s without factoring in climate-induced wars, coups or societal collapse.

Third, the models assume that the value people attach to ecosystems (and water is an ecosystem service) remains constant. But, they point out, as commodities become scarce, value increases, so the costs of ecosystem damage will rise faster than models predict.

Finally, the models assume that a constant discount rate can translate future harms into today’s dollars. But discount rates of the future may not be constant.

“What now?” they ask. “Modellers, scientists and environmental economists must continue to step outside their silos and work together to identify research gaps and modelling limitations.”

They hint at an even deeper problem: the basis of the social harm costs dates from calculations more than 20 years old, and is predicated on an average global warming of less than 3°C. Yet without mitigation, the Intergovernmental Panel on Climate Change projects a warming of 4°C by the end of the century.

“If warming continues unchecked into the twenty-second century, it could render parts of the planet effectively uninhabitable during the hottest days of summer, with consequences that would be challenging to monetize,” they write.

Economic harm may not be the only thing underestimated. Michael Mann, a meteorologist at Penn State University in the US, reports in Geophysical Research Letters that the so-called “slowdown” in global warming during this decade  could be because of an underestimate of the impact of a meteorological monster called the Atlantic Multidecadal Oscillation (AMO), an oceanographic cycle of warming and cooling that delivers natural change in northern hemisphere weather patterns.

A misreading of this cycle – probably because scientists have not known about it for long – could account for this apparent slowdown. “Some researchers in the past attributed a portion of Northern Hemispheric warming to a warm phase of the AMO,” said Professor Mann.

“The true AMO signal, instead, appears likely to have been in a cooling phase in recent decades, offsetting some of the anthropogenic warming temporarily.” And when the rate of warming rises again, there’s yet more alarming evidence of possible acceleration, according to new research.

The thawing of the Arctic sea ice is also accompanied by a softening and warming of the Arctic permafrost, and changes in the chemistry of the preserved peat, that could release ever larger amounts of methane.Methane is a greenhouse gas, present in smaller quantities than carbon dioxide, but 34 times more potent as a warming agent over 100 years.

If the permafrost melts entirely, that would put five times the present levels of carbon into the atmosphere, US researchers report in the journal Proceedings of the National Academy of Sciences.

“The world is getting warmer, and the additional release of gas would only add to our problems,” said Jeff Chanton of Florida State University, a co-author.