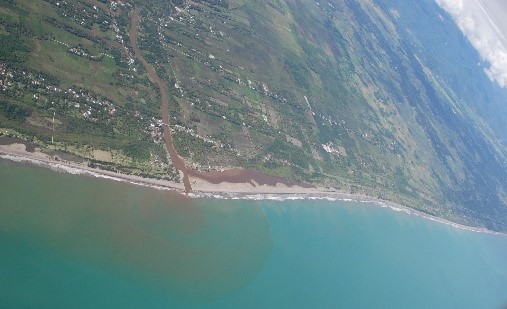 In his speech on a recent visit to Jakarta, the US Secretary of State John Kerry called the world to pursue actions on climate change. This has propelled climate change back on the global news headlines.

With the current negotiation on climate change at the UN level converging toward Paris in 2015 which expected to result in a global climate change treaty agreed by all nations, the statement made by John Kerry is a breath of fresh air since countries have been waiting for US examples and leadership in this issue.

A bilateral agreement between China and the US to cooperate more closely on combating climate change – reached a day before his visit to Indonesia – may potentially lead to wider and stronger commitments to curb greenhouse gases (GHG) by both and other big countries. Any positive movement and actions coming out from the two superpowers are significant steps toward reaching a global commitment. For Indonesia, this will definitely help and strengthen the country’s existing policies and programs on climate change.

As an archipelago, Indonesia has started to experience climate change impacts. If not seriously dealt with, these could further put pressure on the country’s economy, society and natural environment, which include extreme and unseasonal weather, droughts, flooding and trans-boundary haze.

At the same time, stronger actions on climate change at the global level are likely to provide a platform for Indonesia to decouple its economy from GHG emissions. Globally-agreed actions with stronger commitments in reducing GHG emissions can provide economic incentives for both state and corporate actors to reduce their emissions.

Without incentives, it will be challenging for an emerging economy like Indonesia – that has high and relatively steady economic growth, huge natural resources and projected population expansion – to reduce its GHG emissions. Sufficient economic incentives with appropriate policies and programs can assist Indonesia to achieve balanced development that ensures economic growth and climate change mitigation.

In energy sector, Indonesia has significant resources and reserves of coal and gas, producing it not only for domestic consumption but also for export demand. The data from Ministry of Energy and Mineral Resources (ESDM) in 2012 indicated a persistent growth of coal production with the proportion of export reaching above 90 percent in the period of 2007-2009.

The use of fossil fuels continues to play an important role in the country’s energy mix in the future. Yet, to achieve a strong economic growth while ensuring the reduction of GHG emissions, Indonesia needs to dramatically boost investment in renewable energy and energy conservation (e.g. clean technology, eco-efficiency, eco-designs, etc.).

Boosting and attracting investments require policy reforms, especially those relating to energy subsidies and fundamental institutional changes. Many economists believe that huge energy subsidies have hindered the development of Indonesia’s renewable energy and this can lead to energy security issues in the future.

In agriculture, Indonesia has a challenging future in terms of providing food for its population. Several projections reveal that Indonesia’s rice consumption would exceed its production in 2020 and beyond. One of the possible factors causing this is likely to be land availability.

It is crucial, therefore, for the government to formulate policies and programs which ensure that the agricultural sector can cope with climate change challenges.

The current programs initiated by the Ministry of Agriculture such as developing crop varieties which can cope with climate challenges (i.e. resilience to drought, flooding and diseases) and improving farmers field education on climate change and variability need to be further supported, especially at local level to ensure farmers have support in increasing their adaptive capacity. Such programs will help Indonesia to develop climate change adaptation in the agriculture sector and contribute to the negotiation of global adaptation programs and funds.

When it comes to discuss agriculture, palm oil is undeniably one of the most important commodities for Indonesia. With the skyrocketing demand for palm oil over the past 25 years, the challenges – both in terms of the future demand for biofuel and issues associated with deforestation – and the increase in capability to produce more is expected to nearly double by 2020. The amount of land given over to oil palms that has multiplied since the mid-1970s would even dramatically increase in the future.

Key challenges for Indonesia include better land management – no conversion forest and peat lands – with the implementation of zero burning activities and employing GHG-saving activities, including the use of POME (palm oil mill effluent) for energy and other uses.

The speech made by the US Secretary of State serves as a good reminder for the US itself, China and other big countries, including Indonesia, that all nations have responsibilities to address climate change albeit different capabilities.

When it comes to Indonesia’s domestic capability, the country needs to focus on its key sectors, resources and commodities. Both sectors are contributors to GHG missions and they are potentially affected by climate change impacts.

Strategically focusing on these sectors and resources means additional burden for a developing country like Indonesia because it requires huge financial, institutional and social investments.

Let us hope the current and future governments choose their options wisely.