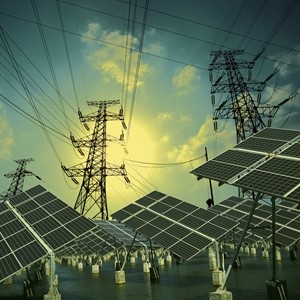 From supercomputing initiatives to multi-national collaborative projects, efforts to anticipate future climate conditions and prepare for how society will need to be change have become critical. IIASA, the Potsdam Institute for Climate Change, the Stanford Energy Modeling Forum and a group of international researchers have collaborated on a major initiative that found carbon capture and storage technologies will likely play a key role in energy generation moving forward, Science Daily reported.

Energy use patterns and fossil fuels - a mounting problem

The research project was aimed at performing analysis of likely future climate conditions, energy use patterns and how those energy deployment methods will impact the climate as it develops. According to the news source, the team found that as of 2010, coal, oil and gas still represented approximately 80 percent of energy use. Furthermore, if current rates of energy development continue, fossil fuels will likely be the dominant source of power in 2100. The problem here is that energy requirements will likely rise to levels approximately two to three times higher than current demand. If fossil fuels are still a major source of power, the greenhouse gas emissions could be staggering.

The study combined results from 18 different global energy-economy models in an effort to understand how climate change and energy use interact with one another. The goal was to gain insights into climate mitigation - methods to halt or slow climate change. The report explained that the current and anticipated future dependence on fossil fuels creates an environment in which carbon capture and storage solutions could prove critical to limit the impact carbon emissions have on the atmosphere.

Looking at energy paradigms from a climate mitigation perspective

"Some technologies are more valuable than others, particularly CCS and bioenergy compared to wind, solar, and nuclear energy, because the combination of the two can lead to negative emissions," Krey told the news source. "That would allow us to compensate for short term delays in mitigation by later taking carbon out of the atmosphere."

The report explained that bioenergy is emerging as a particularly valuable renewable resource because the materials used in bioenergy generation can be used to create a liquid fuel that is easy to store and make available in a variety of ways. Solutions of this sort could pay dividends as some of the uncertainties surrounding CCS solutions are dealt with. At this point, CCS offers incredible potential because it could capture the carbon that is emitted by fossil fuels and store it underground. The problem is that this process can lead to negative emissions by capturing carbon dioxide.

There are also questions about how ready CCS solutions are too deploy and how long it would take to put them into use. Despite this uncertainty, Krey told the news source that CCS could be the only viable climate mitigation option unless efforts to improve efforts in the sector accelerate.

"Unless stringent mitigation action in transport and other end-use sectors is implemented almost immediately, the only way to still achieve the 2 degree target will be to rely on carbon dioxide removal technologies such as bioenergy with CCS," Krey told the news source.

Considering the smart grid as a part of carbon mitigation

Smart grid technologies could give utility providers the intelligent they need to use energy more efficiently and reduce carbon emissions through better operations and more effective energy generation strategies. The smart grid could also make renewable resource dependence a more viable option in many climates. A recent report from the Energy Collective addressed this issue by exploring how smart grid technologies could help resolve climate change problems facing the state of California.

The news source explained that the recent California Energy Commission's 2013 Integrated Energy Policy Report revealed that climate change and industries like transportation, fuel, natural gas and electricity are going to be impacted by climate change in major ways. Developing the grid architecture necessary to deal with these changes involves looking beyond just making the grid intelligent, but also more resilient. Effective use of smart grid technologies can make this possible in a variety of ways, helping to address many of the state's climate change problems.

Distributed generation should end up having a major impact on grid resiliency. The report explained that a smart grid featuring distributed generation enables utility providers to identify the best power generation sources for different parts of the grid based on power delivery capacity and location. The end result is a much more efficient system that is also more resilient because the grid can quickly shift between logical power generation sites if power lines and other interconnections go down at any time. Water meters should also be a priority in the state. Smart meters have already transformed energy use patterns in many sectors, and water meters can have a similar impact on consumption and resiliency when deployed in communities throughout the state.

Water issues are a problem in California, as the news source also recommends the state turn to using telemetry data and application monitoring as part of the utility grid. The water delivery infrastructure in the state is getting old and having these advanced solutions in place can identify problems quickly, making maintenance easier, more responsive and less expensive as simple problems are resolved before they escalate.

It is important to remember that the energy equation expands beyond the electric grid and also must account for fossil fuels and other resources used to manage other parts of the utility grid. A smart grid setup improve power use efficiency through better analytics, but also provide the data communication capabilities within the network to help utility companies manage their entire architecture more effectively. This enables companies to improve resiliency and efficiency in every phase of resource delivery. Dealing with climate change often requires a holistic look at energy use patterns, and a variety of natural resources come into play in this situation. Smart grid solutions create the distribution intelligence necessary to address the wide breadth of issues facing utility providers and municipal governments.