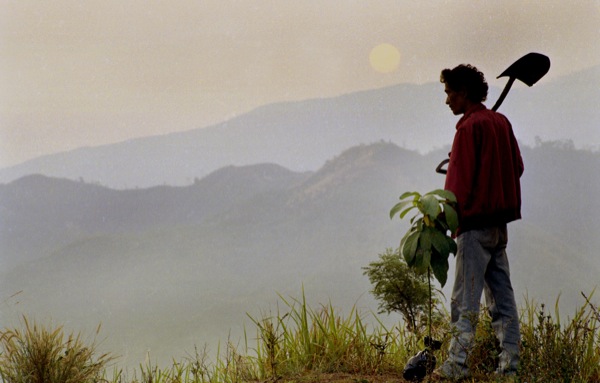 MANILA, Philippines – Climate change is happening now and it's happening, not in far-flung corners of the world, but in human communities.

Philippine cities will likely experience at least one of these effects of climate change:

The El Niño phenomenon occurs when the surface of ocean waters in the southern Pacific becomes abnormally warm. The energy created by this warming is so great that it can create an imbalance in the weather in different parts of the world. In Southeast Asia, it can lead to abnormally dry conditions.

El Niño can also make other weather events like storms highly unpredictable. Weather will have extreme highs and lows, making it "increasingly difficult to accurately predict weather patterns for purposes of planning and normal business operations," says a WWF-Philippines study.

By the end of the century, sea surface temperatures are expected to rise by 1 to 4 degrees Celsius. This can lead to more powerful storms because storms get their strength from heat rising from the sea.

In the Philippines, 4 and 5 degree Celsius spikes above the normal sea surface temperature have been recorded. Warmer seas kill coral reefs and can thus lead to a decline in fish catch, putting food security in danger.

The shift in the Ph levels of our oceans can lead to widespread coral reef death. Because of the imbalance, shrimps are not able to develop skins, oysters cannot develop shells. Fish larvae may not be able to develop bones. This further endangers food security and the livelihood of fishermen.

Current data show an increase in sea surface heights. Scientists say this is due to the melting of ice sheets in northern portions of the globe like Antarctica and Greenland. Sea level rise by 4 to 6 meters can submerge low-lying communities like Tacloban City which stands only 3 meters above sea level.

The creation of tropical cyclones is already being recorded in areas where the phenomenon had never been observed. On Nov 8, 2013, Super Typhoon Yolanda (Haiyan), said to be the strongest storm in recorded history, devastated cities in Visayas.

Monsoon rainfall in the Philippines will reach new highs and lows. Some parts of the country will experience an upward trend in rainfall while other parts will experience an intensification of drought. These two extreme poles of weather will make it more difficult for agriculture and aquaculture sectors which are highly dependent on weather.

Philippine cities are already experiencing unprecedented amounts of rainfall. In Tacloban City, rainfall increased by 257% from 1998 to 2011. More rainfall will lead to more flooding and can trigger landslides in upland communities.