4 foods that are likely to suffer from climate change 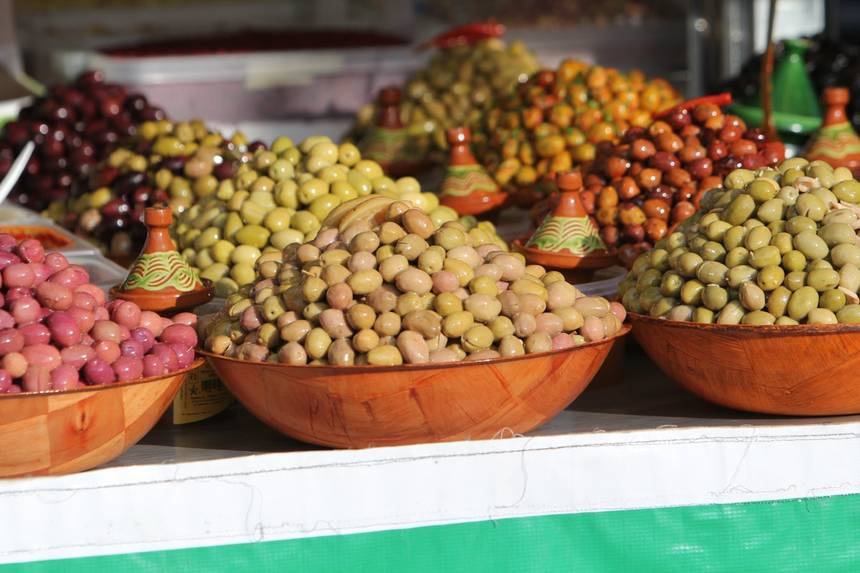 From where they're grown to how they taste to when we eat them, very little will stay the same in coming decades.

Climate change threatens many of the world's favorite foods. A writeup in National Geographic's Earth Day 2020 magazine by Daniel Stone lists seven "charismatic foods" that we can expect to "morph in appearance, nutritional value, availability, and price as growing regions shift and farmers turn to warm-weather crops."

Right now, it's easy to take for granted foods that grow far away and are imported to wherever we live. It's easy to deny that climate change will affect their production, or to assume (erroneously) that warmer weather means longer and better growing conditions. The former may be true, but the latter not necessarily: "Lack of rainfall or insufficient cold weather could stunt even the best-laid seeds and plans," Stone writes.

The UN's Intergovernmental Panel on Climate Change does not expect the world to lose much arable land before 2050 and says that few foods will disappear by then, but we should certainly brace ourselves for changes to crops and diets. The best thing we can do is start to accustom ourselves to a more locally-sourced diet. For someone like myself, living in Ontario, Canada, that means acquiring a taste for cabbage and apples in January over lettuce and strawberries flown from California.

The following list reveals several of the foods that Stone thinks will change in coming decades. Some are not surprising, having been discussed on TreeHugger numerous times. All are likely to become more expensive, due to shrunken crop yields.

Warmer, wetter weather is driving up infestations such as coffee leaf rust and the berry borer in high-altitude locations that used to be unsuitable to such pests. All coffee is currently grown in the so-called Bean Belt, which "wraps around the circumference of the planet and comprises 70 countries, including Vietnam, Brazil, Colombia, Tanzania, Ethiopia, and Central American nations." Other countries could become more suitable to coffee production as a result of the warmer weather, but they too would be susceptible to unpredictable and more extreme weather patterns.

An additional problem is that 60 percent of wild coffee species are nearing extinction, due to temperature increases, drought, and human encroachment. While the coffee that most people drink comes from only two varieties – arabic and robusta – having such a narrow source makes it vulnerable to climate change. Wild species have evolved traits that make them more resilient to change, making them crucial for coffee crop development, and their loss would spell disaster for the entire industry.

The cheapest, most versatile fruit in the supermarket could disappear someday if an aggressive fungus called fusarium wilt (or Tropical Race 4) is not brought under control. Already it has decimated crops in Africa, Asia, Australia, parts of the Middle East, and most recently Colombia, where a state of emergency was declared last summer.

National Geographic reports that, while warming may have expanded the banana's growing area, it has simultaneously "raised the risk of fungi that devastate plants." Similar to coffee, the fact that 99.9 percent of banana cultivation relies on a single variety, the Cavendish, makes it particularly susceptible to disease. As I wrote before,

"We should have learned our lesson years ago because the same situation played out in the mid-20th century, when the popular Gros Michel banana – the main variety exported to Europe and North America at the time – nearly went extinct from an earlier strain of Panama disease, TR1."

Grapes are a finicky crop at the best of times, but it's about to get even harder for vineyard owners and winemakers. "The beverage will endure, but changes in terroirs will force vintners to find ways to maintain wines' signature tastes," Stone writes for National Geographic. A study from earlier this year found that, with a 2-degree Celsius global temperature increase, suitable wine-grape growing regions in the world could shrink by as much as 56 percent. Make that 4 degrees and we'd lose 85 percent.

Much of wine's susceptibility comes from the fact that it has failed to evolve with the times. Many of the pinot noir and syrah grapes used in France today are genetically identical to the ones used by ancient Romans, which of course allows for an illustrious pedigree, but makes it fragile in the face of disease. To quote post-doctoral researcher Zoë Migicovsky of Dalhousie University, "We [will] need to use more chemicals and sprays in growing [them] as threats advance." The good news is that new grape varieties can be bred for greater resilience, but much has to change to allow for that, from labeling laws to agricultural practices to consumer acceptance.

National Geographic writes that "early frosts, heavy rain, and wind halved Italy's production last year. Such extremes could limit crops in many places." Indeed, TreeHugger reported in 2017 that hot muggy weather had attracted fruit flies and bacteria to Italian olive groves, that heat waves had decimated parts of Greek crops, and floods in Spain had ruined even more.

The situation has only worsened since then. Now Mediterranean growing regions are threatened by a bacterium called Xylella fastidiosa, or olive leprosy, that blocks an olive tree's ability to move nutrients, causing it to wither and die. Italy has seen a 60 percent decline in crop yields since the bacterium's discovery. Unless definitive action is taken soon, having a bowl of olives to nibble with wine could soon be a thing of the past.

Stone's list includes avocados, salmon, and shrimp, as well, which you can read more about in the current Earth Day issue of National Geographic.