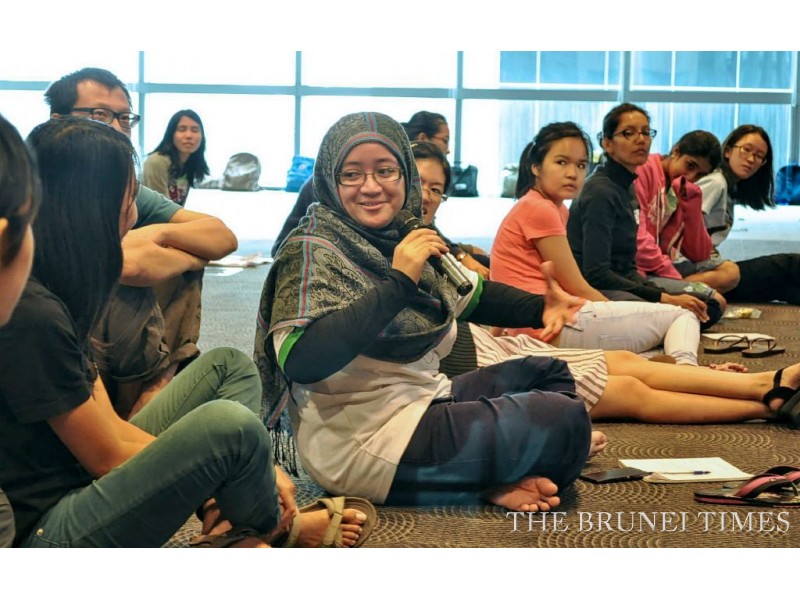 ENVIRONMENTAL non-government organization Green Brunei said more action is needed by the community in taking on their own initiatives in tackling climate change issues.

Its Co-Founder/ Community Engagement Director Khairunnisa Ash’ari said the government or NGOs should not be the only party working on combatting climate change, but that there should be a collective effort from the community as well.

“We have to work together as a community, such as reducing demand for products that have led to the haze issues or reducing usage of cars on the road,” she said.

On September 7 in Vientiane, ASEAN Plus Three leaders adopted a statement on Promoting Sustainable Development Cooperation, where they called for greater protection of the environment, addressing the challenge of climate change and sustainable management of natural resources, among others.

Khairunnisa said: “We fully support the statement as we do our part by organizing various programs targeting children and the youth to get them interested in environmental issues, both by providing awareness and training.”

She added Green Brunei will continue working with various stakeholders to support the statement, and do their part within their own capacity.

Khairunnisa said she hoped for the establishment of strong partnerships with government agencies by providing necessary support and resources, including financing and facilities.

On April 23, Brunei joined 174 countries to sign the Paris Agreement on combating climate change at the United Nations headquarters in New York.

The Paris Agreement calls for countries to work towards limiting the rise of global temperature to well below two degrees Celsius, and to strive for 1.5 degrees Celsius.

The NGO’s co-founder said while there has definitely been a lot of action initiated by the government and the community, there is a still the need to strengthen environmental laws to conserve Brunei’s natural resources, and to tackle the issue of open burning and dumping of waste into rivers.

Khairunnisa said Green Brunei will also continue working with schools and the younger generation to educate them about climate change, and hopes that climate change awareness and action will become a norm in the community.